A Laotian man, dubbed the 'Asean Drug Lord' for allegedly orchestrating a network spanning the South East Asian region, including Malaysia and Singapore, was arrested by the Thai police recently in a sting operation at the busy Suvarnabhumi Airport at Bangkok.

The 42-year-old suspect Xayasana Keopimpha was surrounded by policemen and nabbed in full view of hundreds of travellers when he arrived at the airport from Phuket. 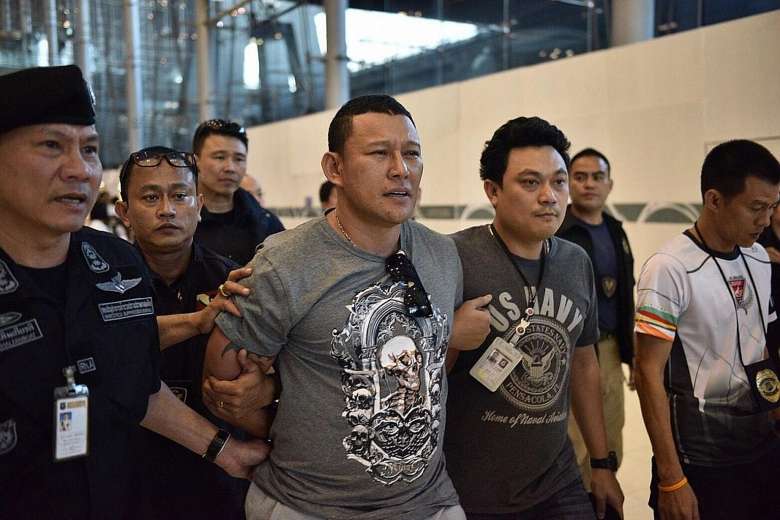 An investigation by the Thai authorities into the Laotian's alleged drug ring found that it was a major source of narcotics distribution throughout the ASEAN region. The Thai police made their 'breakthrough' into the Laotian's whereabouts following the seizure of five million methamphetamine pills last year.

He further added, "Officials will do their best to locate and seize the drug network's hidden drug-related assets. We will consolidate asset-confiscating efforts. We have to stop their financial resources.”