4 Malaysians arrested for attempting to smuggle woman out of Singapore

Immigration & Checkpoints Authority (ICA) officers have arrested four Malaysians for attempting to smuggle a Myanmar national out of Singapore through the Woodlands Checkpoint.

In a press statement, ICA said that a departing Malaysia-registered car was blocked for checks at the checkpoint in the evening of February 28, around 7.45pm. The car was driven by a 42-year-old Malaysian woman and carried another female Malaysian passenger.

Officers found a third woman hiding in the car boot in course of checks. The woman did not have any travel or identification document in her possession. 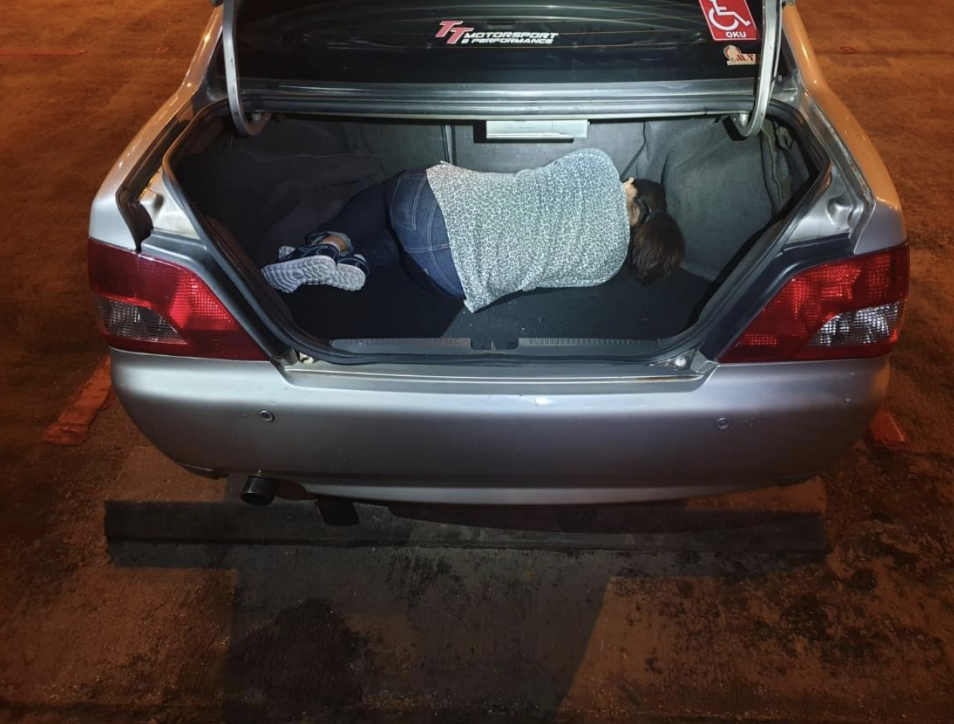 The Myanmar national hiding in the boot of a car. Photo courtesy: ICA

In the midst of investigating the detection, ICA officers noticed another Malaysia-registered car at the post-immigration area, with its engine still running.

Suspecting that the idling car was involved with the one hiding the fugitive and might attempt to escape, the officers swiftly locked down the checkpoint at 8.03pm. The lockdown was lifted at 8.10pm once the male driver and the female passenger of the idling car had been secured.

Preliminary investigations revealed that the drivers and passengers of both cars, who were all Malaysians, were in cahoots. They were immediately placed under arrest together with the woman found hiding in the car boot. The illegal passenger was established to be a Myanmar national.

The four Malaysians were charged on 2 March 2019 for engaging in the business of conveying prohibited immigrants out of Singapore. The Myanmar national was also charged for illegal entry and attempted illegal departure offences.