Vasantham, a popular Tamil TV channel of the Indian diaspora in Singapore, has brought a unique chance for viewers to have a say about choosing the best pilot episode that they want to be made into a long form drama. Vasantham’s long form dramas have been one of the best performing programmes both in terms of rating and audience following. 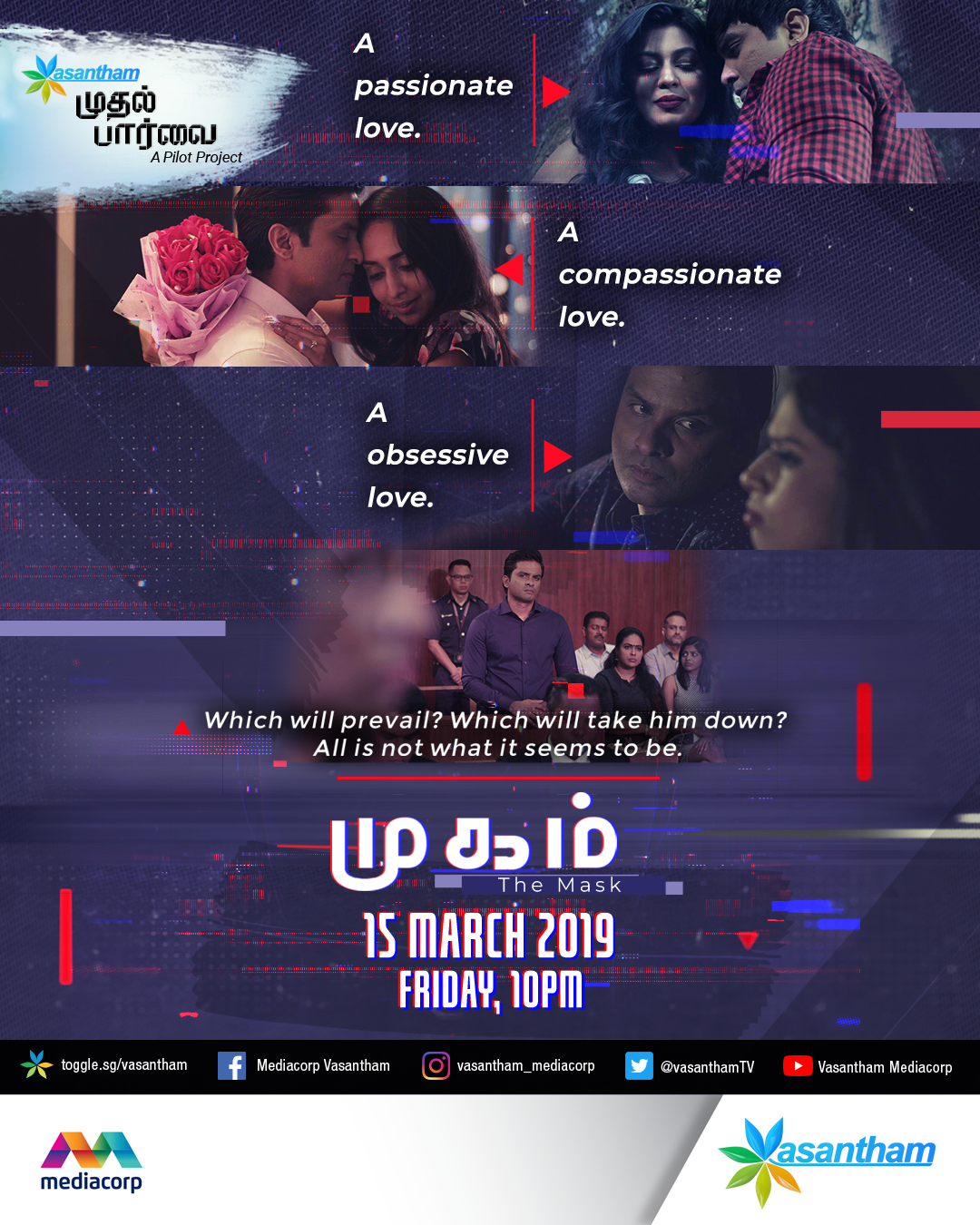 Various shades of love is showed in the pilot episode of Mugam. Photo courtesy: Mediacorp

Vasantham Muthal Paarvai is a brand-new pilot series being launched March 1 on the channel. It is a first for the 10-year-old channel where viewers will be able to vote for the pilot episode that they would want to see made into a long form drama.  Recently, Vasantham celebrated 10 years with special show Nenjukulle at Kalaa Utsavam.

The programme will feature pilot episodes of five dramas: 14, Avatharam, Amaithi Padai, Aasai and Mugam. Each drama is produced by different production houses. The genres of the drama include love, suspense, thriller and crime.

“Vasantham Muthal Paarvai is not only an opportunity for us to understand our audience better but also to experiment on unique genres of dramas and innovative storytelling to take our dramas to the next level,” she added.

The channel Vasantham decided to bring engagement to the next level by allowing the audience to have a say on the long form drama they would want to watch. This way, the channel also gets a chance to understand our audience’s current tastes and preferences. 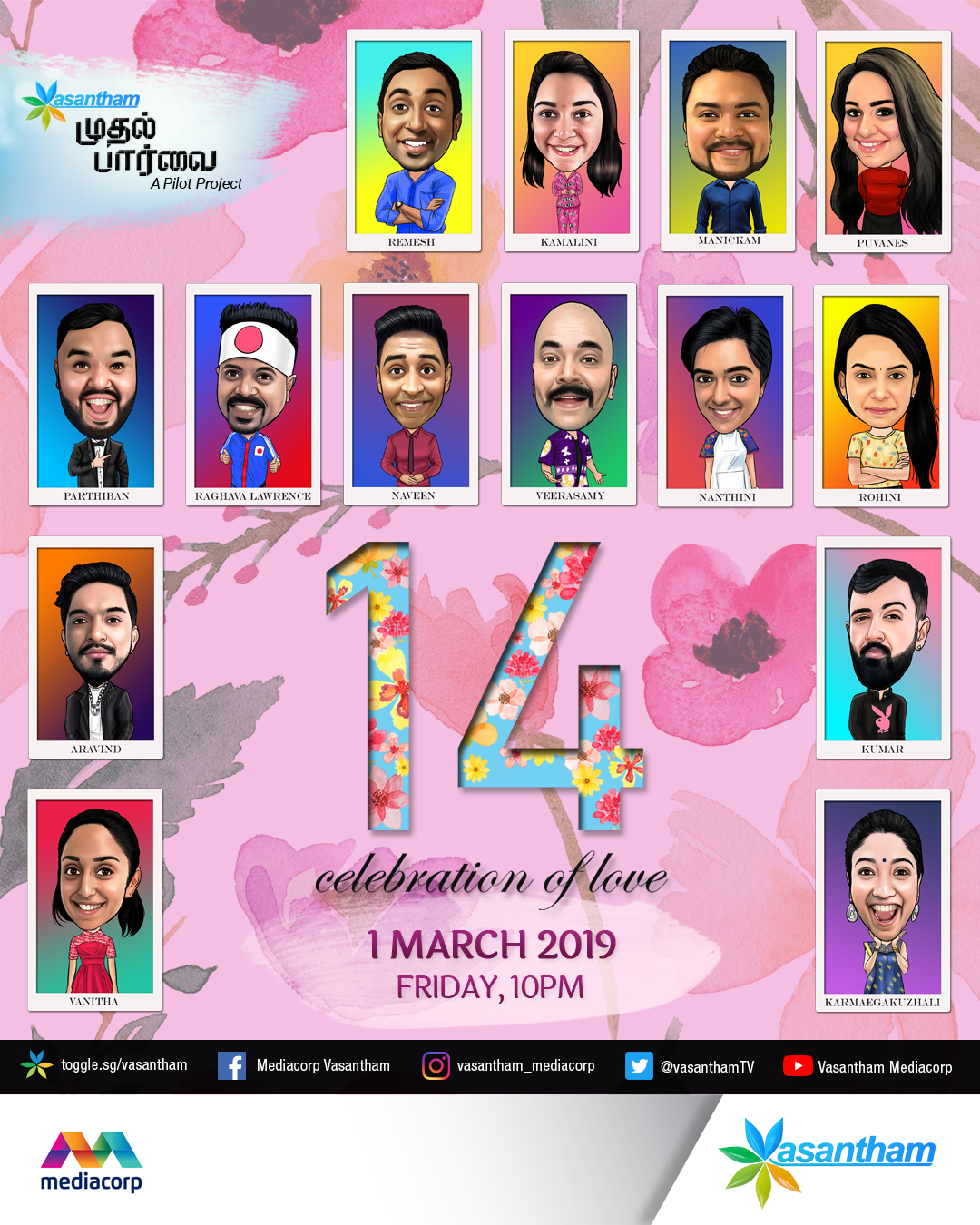 Audiences have seen several genres of local dramas on Vasantham over the last 10 years. Some dramas such as Vettai, Nijangal, Guru Paarvai and Annamalai were major hits with the actors and characters becoming household names.

The channel also ensured that there were constant audience engagements for the dramas through on-ground activities such as meet and greets during roadshows and Vasantham LIVE events and concerts.

Notably, Vasantham is the channel of choice for the growing Indian community in Singapore.