No pay hike for most employees in Singapore this year: Survey

An annual survey by recruitment firm Robert Walters has revealed that employees in Singapore are not likely to get a pay hike this year.

Employees belonging to sectors like information technology (IT) and digital marketing where talent is scarce, can expect salary increment up to 10 to 20 per cent while switching jobs.

The information was revealed on the employment and wage outlook globally.

Toby Fowlston, Managing Director of Robert Walters Southeast Asia, said at the launch of the firm’s Global Salary Survey, “Singapore’s situation is what I would call relatively neutral at the moment. There are some really bright spots and there are some areas that are in a little bit of duress… Even with the global economic and political uncertainty, Singapore will experience moderate levels of recruitment in 2017.”

Robert Walters’ findings contrasted with several surveys released earlier this year and late last year, such as one by Korn Ferry Hay Group that held a more optimistic forecast of a 4.7 per cent growth in wages this year after accounting for inflation. Another report by Willis Towers Watson projected a 3.2 per cent increase in real wages this year.

Robert Walters’ report found that the basic salaries for most industries in Singapore — from financial services to human resources as well as sales and marketing — are expected to remain the same this year.

However, salary expectations for certain roles in the supply chain and procurement sector are lower this year compared to last year.

On the other hand, the salary expectations for roles in growth sectors are rising due to demand for talent. 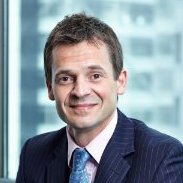 “Hiring activity this year will likely be focused on industries with a heavy IT and digital focus, as well as the start-up space,” added Fowlston.

“We anticipate that the IT job market will continue to experience high levels of recruitment, especially with the Singapore National Research Foundation’s plans to boost the local start-up ecosystem, he further said.