Popularity of e-visas reached new heights with foreigners and NRIs travelling to India quadrupled to 18.78 lakh this year from 4.47 lakh in 2015, ever since it was first introduced in 2010. 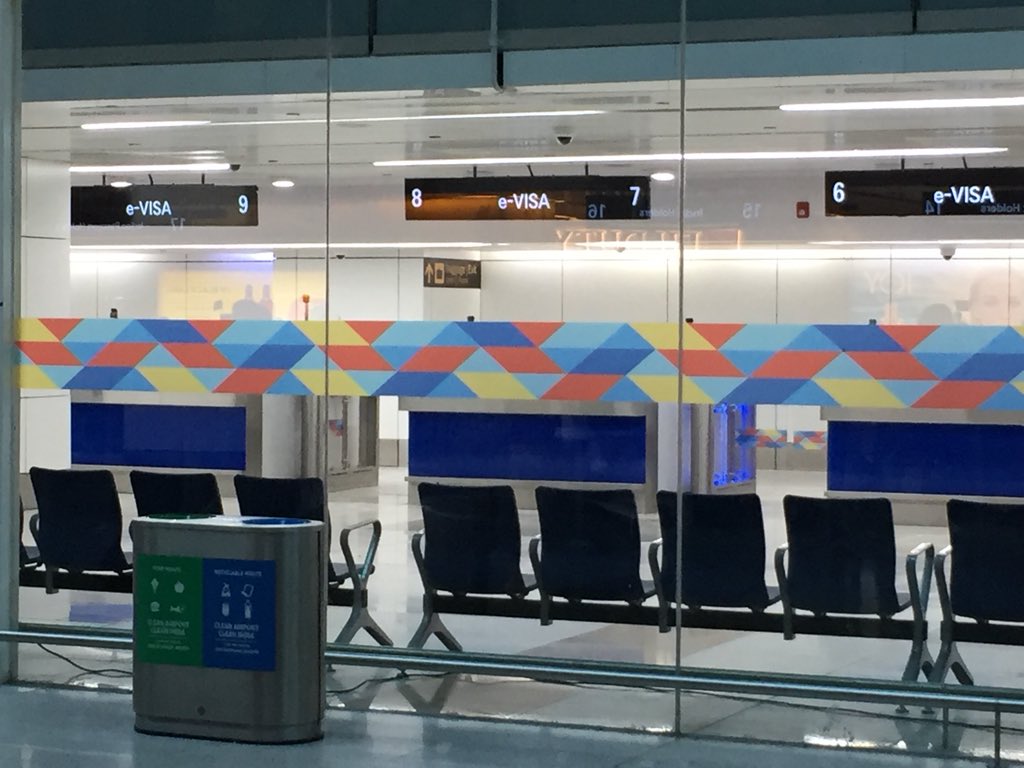 The e-visa facility of India now covers 166 countries of the world. Visitors can now enjoy this facility at 26 airports and five seaports. Photo courtesy: BhavyaRW, Twitter

The Electronic Visa (or e-visa) facility of India now covers practically all the countries of the world. Foreign nationals of 166 countries can now enjoy this facility at 26 airports and five seaports.

The foreigner does not have to interact with any Indian official till his arrival at the immigration counter. The Bureau of Immigration(BoI) generally decides within 24-48 hours whether or not to grant an e-visa to a foreigner.

"India has a robust visa regime to facilitate smooth entry, stay and movement of foreigners in India for legitimate purposes while ensuring the security of the country. During the last one year, the MHA has taken a series of steps to liberalize the visa process in India. There has been Liberalisation of visa regime of India during the last one year and the popularity of e-visa is skyrocketing," the ministry said.

Apparently, for this reason, the condition of biometric enrollment for tourists arriving at the ports of Mumbai, Cochin, Mormugao, Chennai and New Mangalore has also been suspended till December, 2020 to ensure faster immigration clearance so that cruise tourists can spend maximum time on shore. 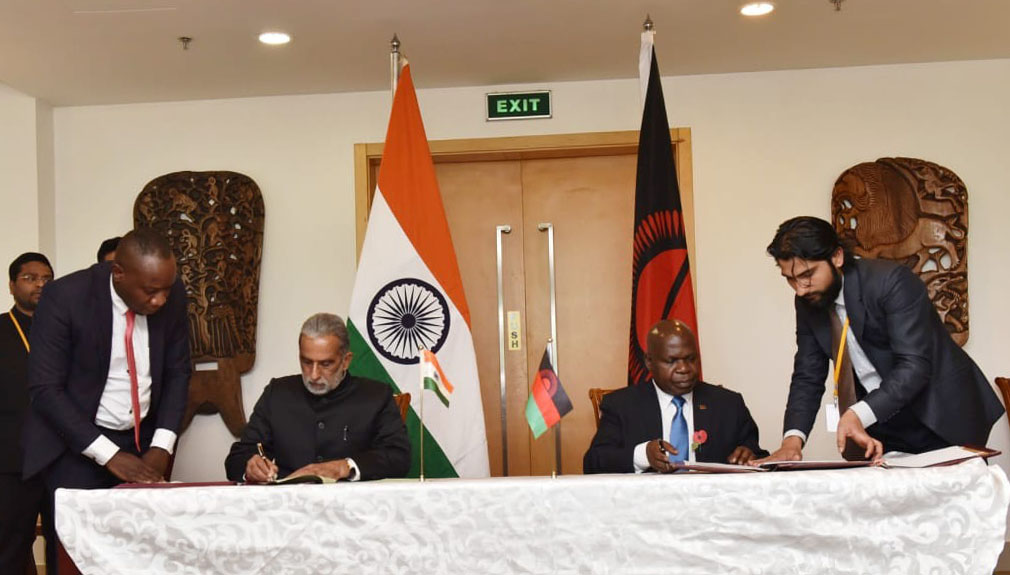 Though surge in demand has somewhat slowed down the process and there are occasional complaints of not receiving the e-visa even after passing of 72 hours. Applicants also do complain bugs on the e-visa portal.

The Indian government has also allowed conversion of any category of visa of a foreign national who is married to an Indian citizen, Person of Indian Origin, OCI Cardholder into an Entry Visa at any point of time by the FRRO himself.

Other new changes are in facilities such as extension of employment and business visas for a period up to ten years within India as against five years at present; extension of visa of foreigners who are staying in India upto 15 years continuously and for five years at a time; permitting a foreign national who is already in India on Long Term Visa to attend international conferences/seminars/workshops without any specific permission from the FRRO (Foreigner Regional Registration Office) concerned have also been extended. 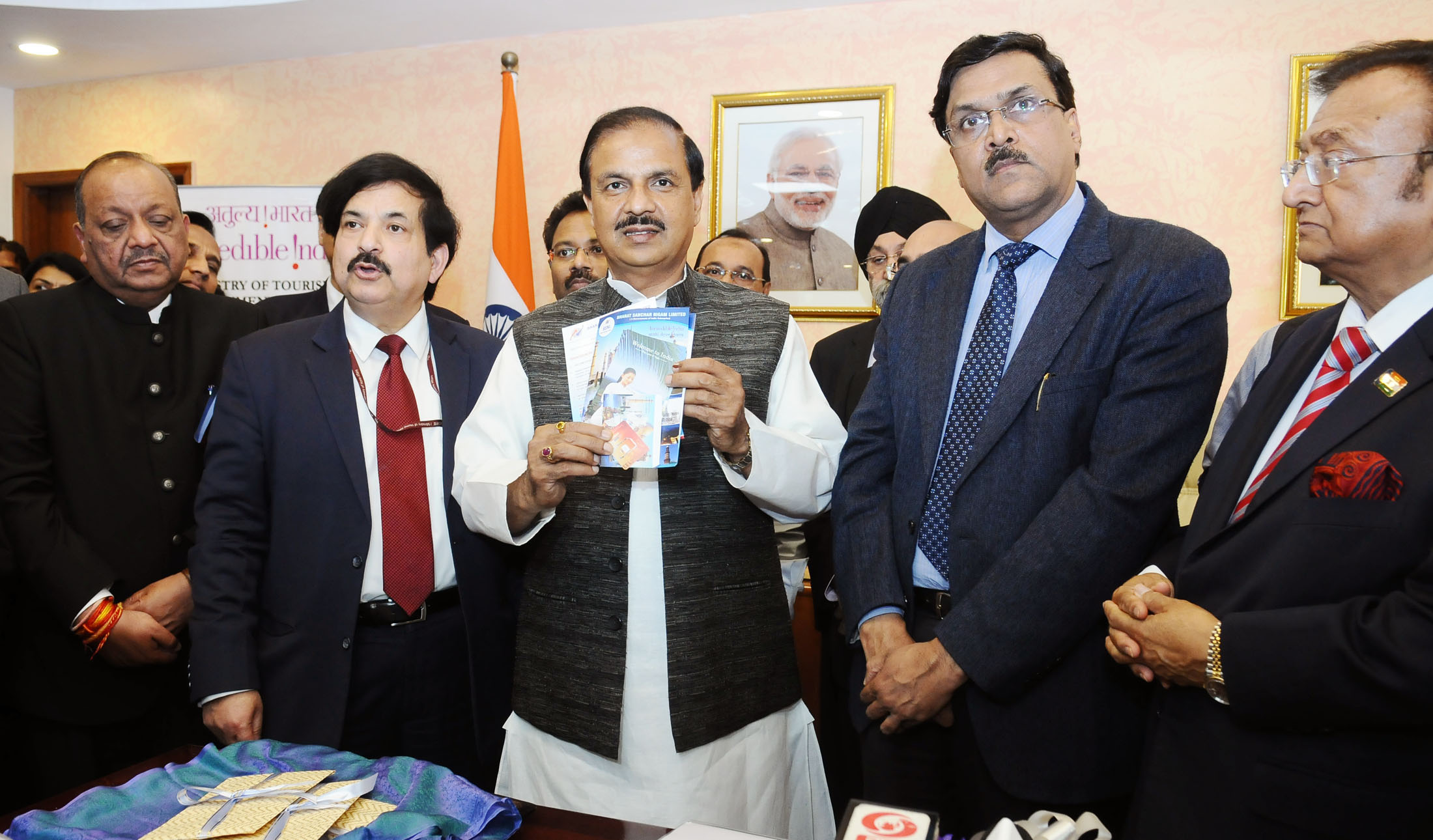 Minister of Culture Mahesh Sharma at the launch of free pre-loaded SIM Cards for tourists arriving in India on e-visa in New Delhi. Photo courtesy: Indian Ministry of Culture

The local FRRO has been empowered now to extend the duration of electronic visas beyond 60 days up to 90 days. Moreover, these e-visas can now be availed three times in one year against twice a year earlier.

For foreigners who are already in India and who require any consular or visa services like an extension of visa, conversion of visa, exit permission or any of the total 27 visa-related services, an online e-FRRO facility has now been launched throughout the country.

The foreigners do not have to physically visit the offices of FRROs. They can apply as well as receive consular and visa services online after making online payment.

To promote cruise tourism immigration facilities have been provided at five major seaports where e-Landing Permits are granted to passengers for their onshore site-seeing.

Foreign nationals who fall sick during their stay in India can now avail medical treatment without converting their visa into Medical Visa. This would take care of sudden medical emergencies.

Foreigners require Restricted Area Permit or Protected Area Permit besides a proper visa to visit areas which have been declared as "Restricted" or "Protected" areas. In many cases such permits are granted only after a Prior Reference is made by the concerned State government to the MHA. This takes time and creates another entry barrier for a foreigner. The MHA has now rationalized issuance of such permits.

Accordingly, the State Government concerned or the FRROs can now take decision locally and grant PAP or RAP to such foreigners immediately.

Earlier, foreigners visiting Andaman & Nicobar Islands required a visa as well as a RAP. With a view to promote the flow of tourism and investment, 30 islands of Andaman & Nicobar have been excluded from the RAP regime notified under the Foreigners (Restricted Areas) Order, 1963. 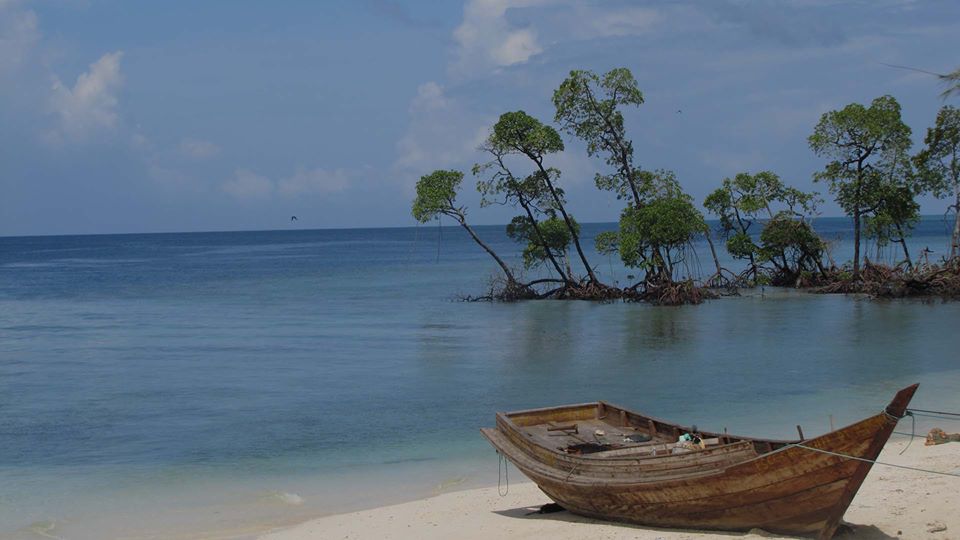 Earlier foreigners visiting Andaman & Nicobar Islands required a visa as well as an RAP. Now 30 islands of the archipelago have been excluded from the RAP regime. Photo courtesy: TourTravista, Twitter

Foreigners will also be allowed to visit 11 uninhabited islands, to be notified by Andaman & Nicobar Islands Admn., only for day trips without any RAP. Requirement of registration by foreigners visiting these islands has also been dispensed with.

Provisions relating to grant of intern visa have been liberalized with a view to attract more foreigners for internship in India which will be beneficial to Indian organizations. Intern Visa is now available at any time during the course of study.

Further, minimum remuneration requirement for grant of intern visa for internship in a company has been reduced from INR7.80 lakh to INR3.60 lakh per annum.

With a view to enhance transparency and speed in processing of grant of event clearance for international conferences, seminars, workshops, an e-Event Clearance Module has been rolled out in April, 2018. Faster conference clearance would result into faster visa issuance for the foreigners intending to attend such conference.