Days after claiming a whopping data breach in the Aadhaar project of the Government of India, security solutions giant Gemalto today apologised for raising a false alarm, triggering waves of anger in the digital word. 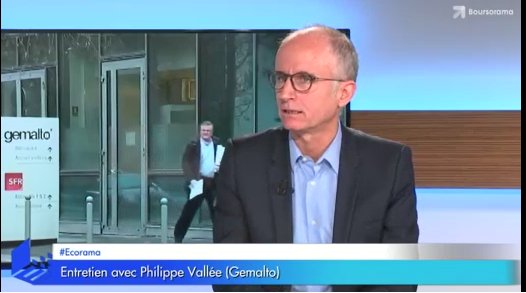 From the abject language of the ad it appears the Government of India was not satisfied with the apology conveyed a few days back through official channels, and Gemalto CEO was made to eat crow through a public ad by tough-talking Indian Minister for Electronics and IT Ravi Shankar Prasad and his UIDAI team.

The apology is bound to give a sense to vindication to UIDAI top brass who have been the butt of ridicule and derision in the public and media after the alleged data breach report.

However, many have called for costs and legal action against Gemalto.

"On October 15, 2018, Gemalto published an inaccurate Breach Level Index report and press release that included a news article about an alleged and unverified Aadhaar data breach. I, Philippe Vallee, as CEO of Gemalto, extend my sincerest apologies on the grave error on our part for publication of this erroneous report and press release," Vallee said in the signed ad.

"Gemalto wants to make it clear that this error has been corrected in the revised report. All concerned parties should take note that we have not been able to find any verified or substantiated data breach on Aadhaar data. As a result, Gemalto has withdrawn the data breach claim from Breach Level Index Report," Vallee said. 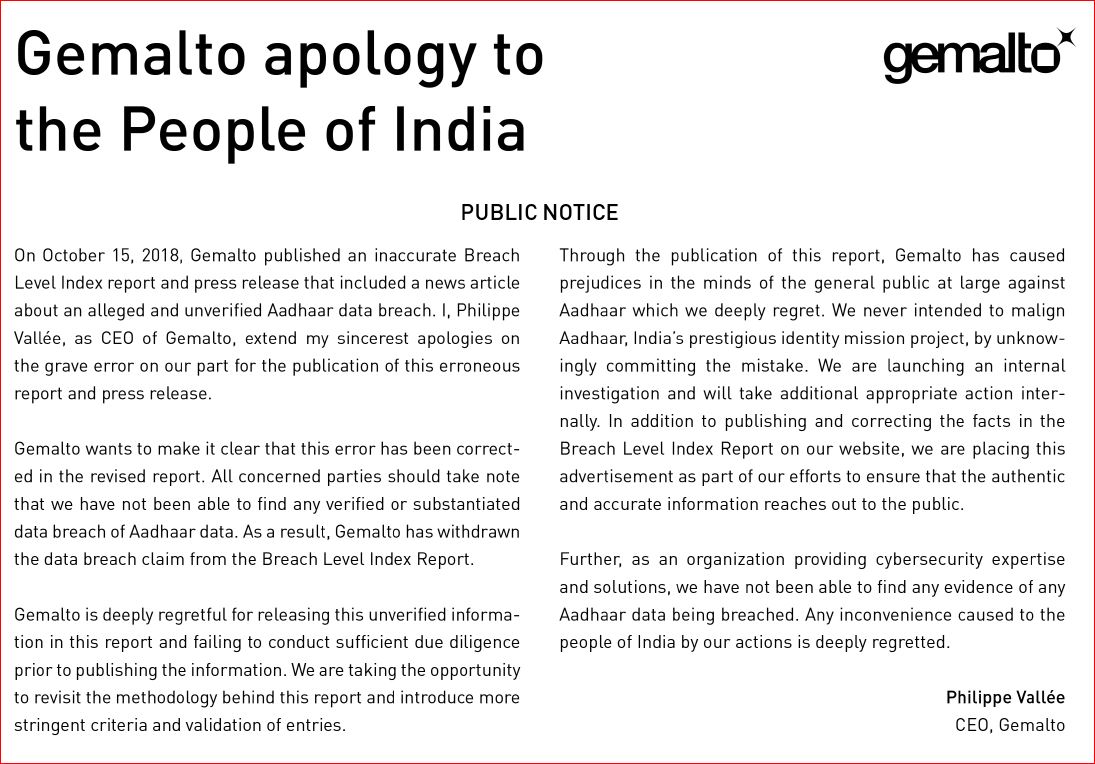 "Gemalto is deeply regretful for releasing this unverified information in this report and failing to conduct sufficient due diligence prior to publishing this information. We are taking the opportunity to revisit the methodology behind this report and introduce more stringent criteria and validation of entries," Vallee added.

"Through the publication of this report, Gemalto has caused prejudices in the minds of the general public at large against Aadhaar which we deeply regret. We never intended to malign Aadhaar, India's prestigious identity mission project, by unknowingly committing the mistake. We are launching an internal investigation and will take additional appropriate action internally. In addition to publishing and correcting facts in the Breach Level Index Report on our website, we are placing this advertisement as part of our effort to ensure that the authentic and accurate information reaches out to the public," the Gemalto CEO said.

#gemalto apology for publishing misleading #aadhar report. Can a half a page ad undo the damage??? #philippevallee pic.twitter.com/fMyiQZW6NC

"Further, as an organisation providing cybersecurity expertise and solutions, we have not been able to find any evidence of any Aadhaar data being breached. Any inconvenience caused to the people of India by our action is deeply regretted," he said.