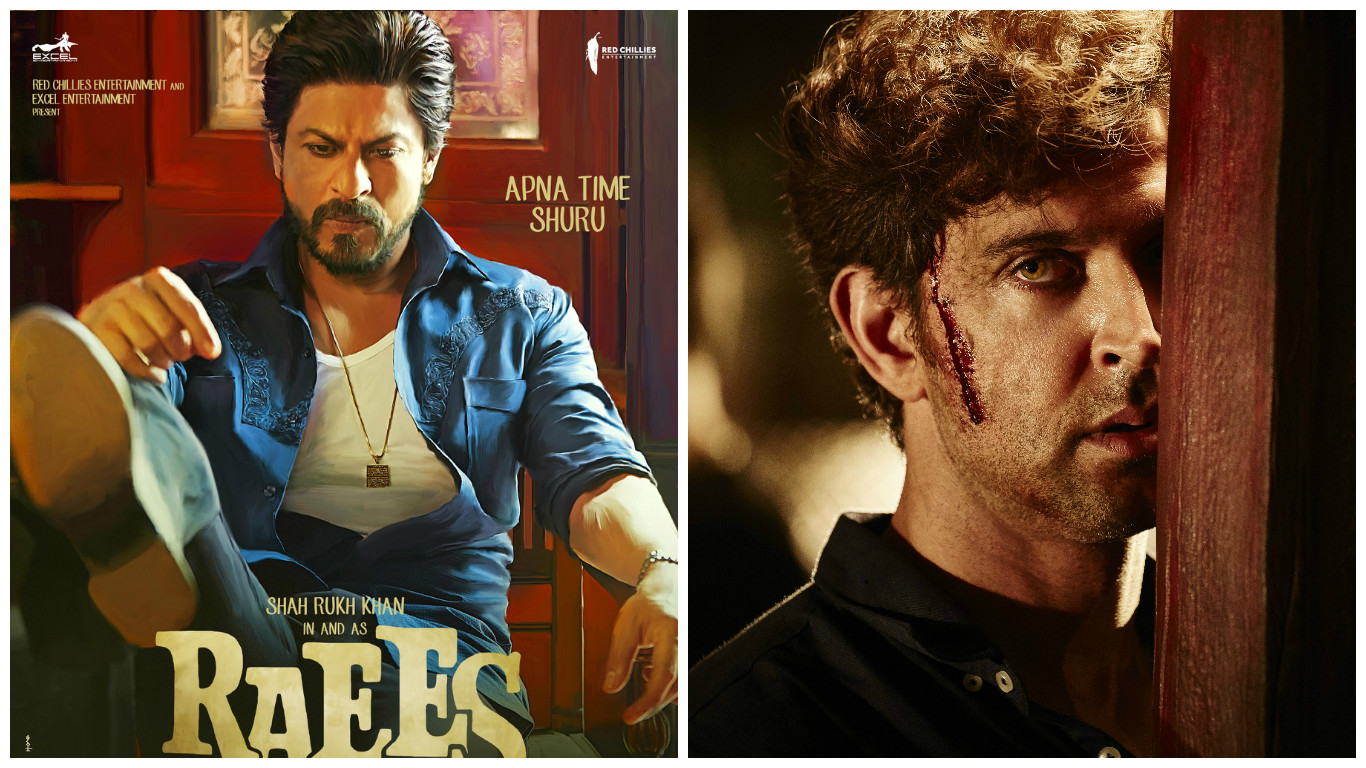 Shah Rukh and Hrithik who once played brothers in K3G will now come face-to-face with Raees and Kaabil.

SRK’s unforgiving looks in Raees
Shah Rukh Khan’s Raees looks stunning as it brings back the era of 90s don – Abdul Latif (although makers have denied it). With kohled eyes, SRK aka Raees Khan looks unforgiving.

The trailer of the movie along with songs ‘Laila Main Laila’, ‘Zaalima’ are out and the latest song ‘Udi, Udi Jaye,’ is being touted as the Sankranti gift for SRK fans.

This is one of the most awaited movies of Shah Rukh that will cover all the damage done by SRK’s last few movies.

Is Hrithik’s Kaabil, Kaabil enough?
The Greek God of Bollywood - Hrithik Roshan is back with daddy Rakesh Roshan’s production Kaabil starring Yami Gautam. Hrithik and Yami play a visually-impaired couple. The story revolves around Hrithik’s character, how he falls in love with Yami, gets married and finally avenges her death.

The trailer of the movie is already out. In the first one, ‘Kaabil’ came across as a love story where Hrithik and Yami were seen romancing, but the second trailer has re-established the genre of the movie with Hrithik shown as avenging his onscreen wife Yami’s death.

Two songs of from the album are also out – ‘Haseeno Ka Deewana’ – a dance number featuring Urvashi Rautela and ‘Kisi Se Pyaar Hojaye,’ a soft number. The movie brings back Ronit Roy to mainstream cinema. The movie is directed by Sanjay Gupta.

Both the movies will release on January 25, 2017, and the stories of the clash are already doing the rounds creating a tiff between both the parties. But we think the fans are divided, Hrithik may face some loss due to SRK’s endless fan following, but his die-hard fans who had been anxiously waiting for his movie will never let it go.

Watch the space for more!