Music composed by: Govind Menon (Vocalist and violinist of the band Thaikkudam Bridge)

Had this been a Malayalam film, it would have been par for the course. But for a Tamil film (with all due respect to some great Tamil movies) and that too for a Vijay Sethupathi film, this movie was a hole in one, to continue with the golfing terminology. There will be comparisons to ‘Before Sunset’ because of the one-night-only time-frame.

The cinematography that the movie opens with, explores the sun, sand, and sea as well as natures vast open spaces through aerial and other photography through sun, sandstorms, and rain. Some amazing shots such as the deer snatching of the bread from Ram’s mouth are sure to bring a smile. He seems content both while alone and interacting with random folks he interacts with on his travel.

The director's attention to detail is evident, maybe it is because he has earlier handled cinematography too. Be it the paraphernalia carried by Ram who works as a travel photographer or the Changi Airport duty-free shop plastic bag carried by Singapore based Jaanu who travels to Chennai for the reunion of the class of 96.

The movie is seen through flashbacks. So there are these actors playing the 37-year-olds, 22 years after they have completed their 10th standard/O level exams.  Then there are the bunch of actors playing their younger 15-year-old selves in the flashback. I especially liked the young Ram, played by Adithya Bhaskar, who even resembles Vijay Sethupathi methinks. And Devadarshini and Niyathi -who I later discovered are a Mother-Daughter pair who play the role of the younger and older Subhashini. Gauri G Kishan, on the other hand, has scarcely any resemblance to Trisha though, I guess we must make allowances for that. 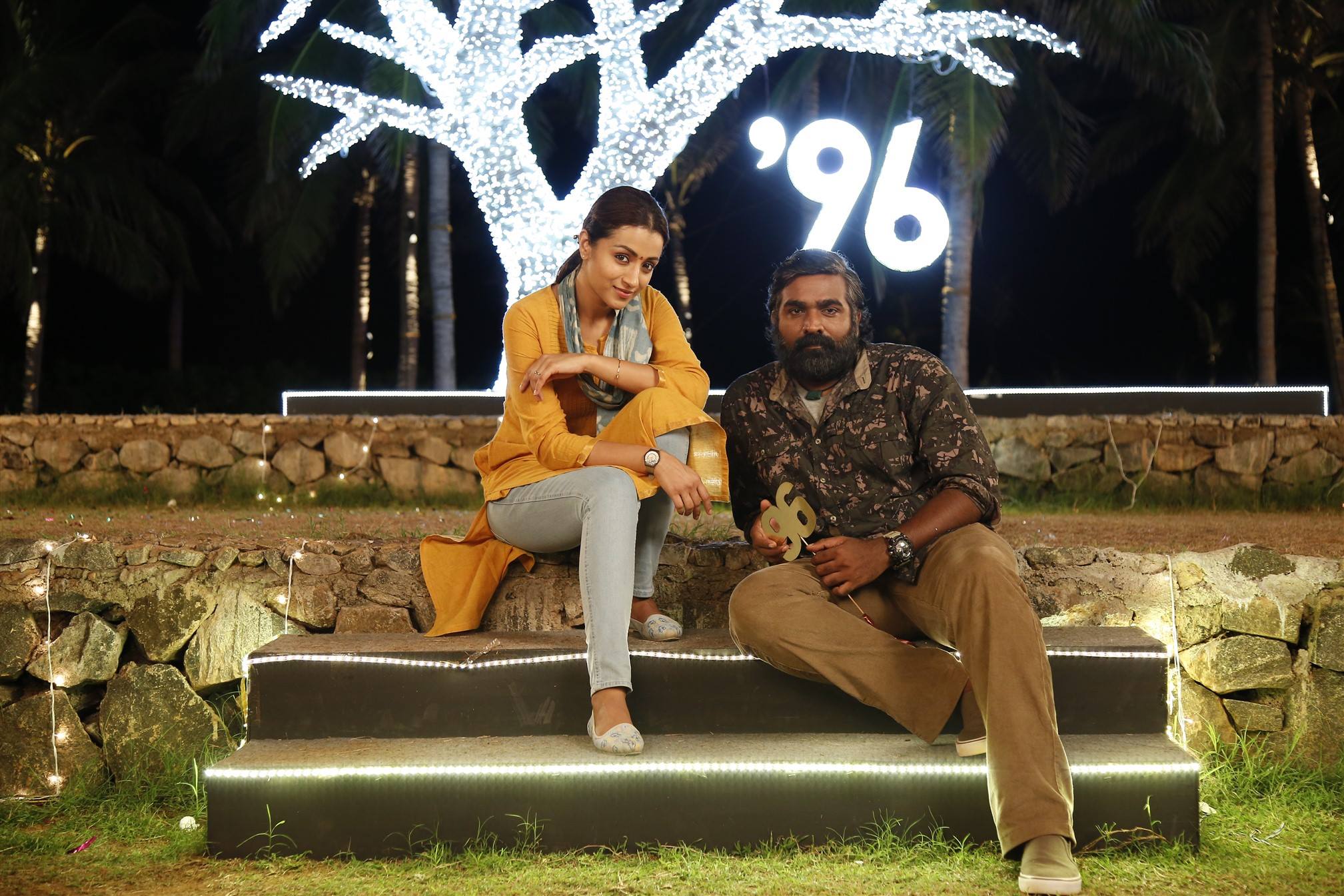 The soundtrack – both background score and songs are beautiful. It brought to mind Roja (ARR is another level altogether so no comparison here) in that it changes with the settings, enhancing the viewer experience without being intrusive. The songs are definitely going to be around on the airwaves for a while. The best part, however, are short stanzas of Illayaraja’s songs sung by S. Janaki which are sung by Jaanu. The voice over sans music by Chinmayi is outstanding! All the more disturbing then to hear of the Vairamuthu incidents from a singer of her caliber. It would be the industry’s loss if it does affect her career and I hope it doesn’t.

To come back to the movie Jaanu comes from a musical family and only sings S. Janaki’s songs, whom she is named after. Thankfully the director didn’t point towards the Janaki -Ram mythological reference, only to the Janaki Ramachandran political one.

The rest of the movie is a slow ballad of reminiscences. The WhatsApp exchanges between schoolmates who are connecting with one of their batch mates after a long gap was a fun and cool way to link the then to the now.  The second half of the movie is mostly about the tongue-tied, shy Ram meeting the call-the-spade-a-spade Jaanu. It is a refreshing change in tamil cinema to not see the guy as the aggressor and the girl as a docile walkover. A hug between Ram and Jaanu would have been good, that’s how restrained their acting is. We get that hug, albeit only in a dream sequence where the director explores the what-if’s, if things had panned out differently for these high-school sweethearts. The shifting of gears scene was one of the many where the chemistry between the two is palpable. In that and so many nostalgic scenes the two leads have emoted well.

I was rooting for I don’t know what and I don’t know whom, it’s that complex as life often is and yet still very simple. The ending pans out well or as well as it can in the circumstance. It is very subjective and was interpreted totally differently by my cynical friend and glass-half-full me. I like that too about 96, as movie watching is at once a social yet a totally individual experience when it is made with thought and care as this one is.