Even as the 11th India-Singapore Strategic Dialogue kicked off in the Lion City, the controversy over an NRI banker’s Facebook post showing the Singapore flag on a T-shirt being ripped up to reveal the Indian flag underneath refused to die down, and led to him losing his job. 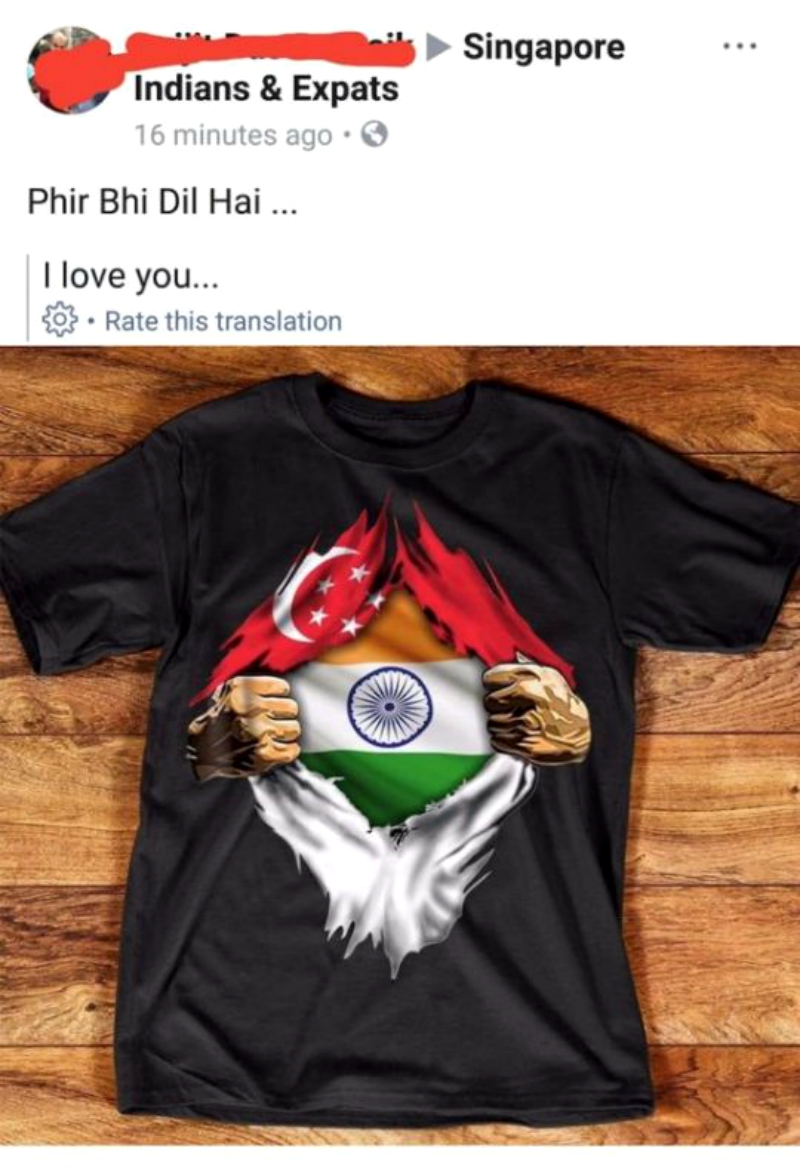 The image, which is believed to have first surfaced on August 14 on the eve of India’s Independence Day, was widely shared online when it was posted on the Singapore Indians & Expats page by DBS employee Avijit Das Patnaik. The page has over 11,000 members.

Many netizens deemed it offensive, saying the image was disrespectful to Singapore as it showed the flag being ripped by a pair of hands to shreds. The image has since been taken down.

Singapore-headquartered DBS Bank, in a comment to complaints on its Facebook page on August 19, had said that Patnaik had posted the image because he “wanted to show that even as he is in Singapore, he remains Indian at heart”.

“Upon realising the graphic was offensive, he took it down immediately,” DBS said, adding that it had counselled Patnaik.

Today, the Bank released a statement on its Facebook page saying that Patnaik was no longer its employee.

“Since the incident, a disciplinary committee has been convened and as of August 24, he (Patnaik) is no longer with the bank,” the DBS Bank said in the post.

“DBS strongly disapproves of such actions by our employees. At the same time, it is fair and right that all employees are given the benefit of due process,” it said.

Among those speaking out against Patnaik’s post is Mythili SLP, the granddaughter of a pioneer Singaporean. She took to Facebook to call on immigrants to respect the country, writing:

“But then Singapore is my home. This is where my heart is. My parents' hard work, where my grandfather and father lived and died. During the Japanese occupation when they could have easily run off to India, they stayed put and fought for freedom. They are so part of the history of this little island. We have put our roots in and can never imagine living anywhere else. I have respect and love for both these countries. And never will I ever disrespect any country flag and bring shame to it."

Following the furore, Mr Patnaik apologised and said he did not mean to offend anyone. "I did not design the image and had already seen it being circulated widely, which is why I assumed it was okay for me to post the image," he was quoted as saying. "I love Singapore deeply and am always singing praises about this country, so my intention was never to cause so much grievance. I just felt that the image represented that deep inside, the heart also beats for our motherland," he added.

However, a slew of adverse reactions led to him deleting his social media profiles. DBS Bank, which is Mr Patnaik's employer, also commented in a Facebook post that it was looking into the matter.

The Singapore Arms and Flag and National Anthem Act states that no person shall treat the flag with disrespect. The penalty is a maximum fine of SGD 10,000.