‘Start-ups and Innovations which had social impact in India’ emerged as one of the most successful sessions on Day 1. The session during Youth PBD was aimed at involving the Diaspora with social impact invest movement in India.

Thanks to Amitabh Kant, CEO, Niti Aayog and the powerful panel the point got driven home nice and proper. 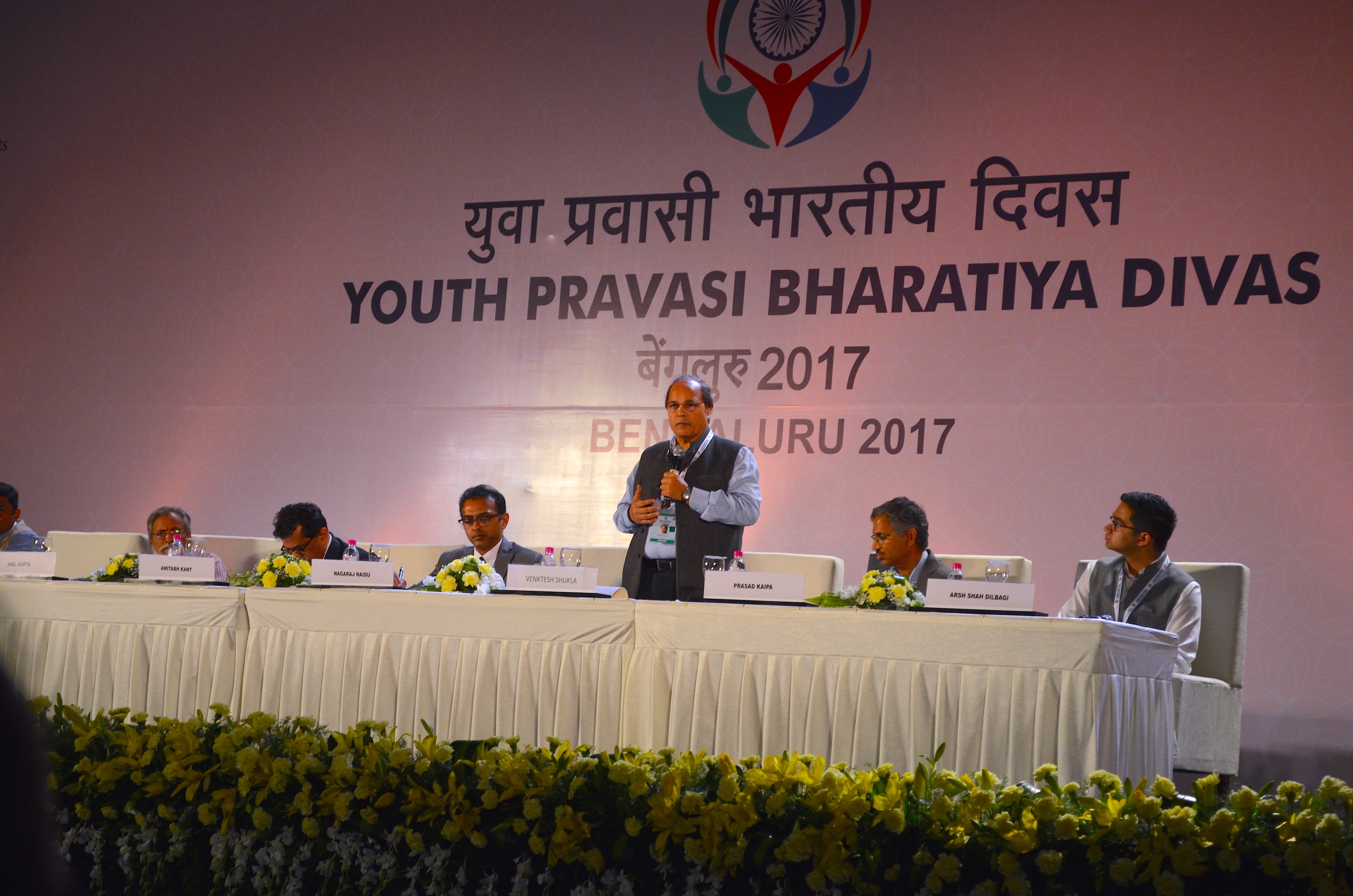 The session on start-ups and innovations emerged as one of the most successful sessions on Day 1. Photo courtesy: Connected to India

Himanshu Verma, Founder and CEO of Connected to India, who was impressed by session said, "Session had an overload of wisdom. In addition to giving a list of successful social innovation case studies where apps helped in flood-rescue, teaching English to 9 million people I liked Amitabh Kant making an open call for crowd sourcing cool ideas.”

Here are the top 8 tweet worthy things that Amitabh said:

"India is in the midst of huge huge disruption in the world of both financial technology and in terms of social innovation (there is) huge huge innovation and this disruption will enable India to leapfrog.”

"And by 2020 my view is that in the next two-and-a-half years, India will make all its debit cards, credit cards, all ATM machines all POS machines totally irrelevant," Kant said at Pravasi Bharatiya Divas 2017.

Challenge for India is not only to find solutions for its 1 bn people, but 7 bn people of the world- @amitabhk87 pic.twitter.com/hSVS0dN4Cy

"They will all become redundant in India, and India will make this jump because every Indian will be doing his transaction just by using his thumb in thirty seconds...."

While talking on 'Startups and innovations which have social impact in India,’ he said, "What we are pushing now is digital payment in a very big way and it is a huge disruption with several innovative methods.

He informed the audience about recently launched BHIMapp and its uses, "India has created a back end in terms of biometric which will enable India.”

While taking a dig at demonetisation and pushing the society towards digital payment mode, he said that only 2 to 2.5 per cent of Indians pay taxes, so India needs to move from a non-formal to a formal society.