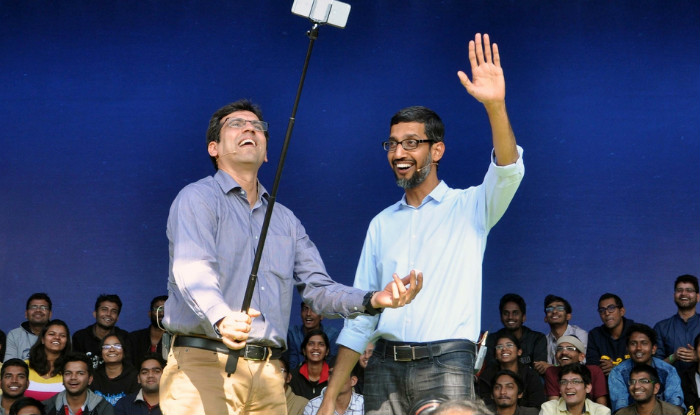 It was a special event as the most brilliant protege of IIT Kharagpur and one of the most well-known NRI Sundar Pichai, Google CEO addressed a special gathering at his alma mater. He went down the memory lane and narrated about the  experiences in the campus and the mantra for getting success in life.

Moderated by Hitesh Oberoi, Co-founder, Managing Director and Chief Executive Officer at Info Edge, the informal fireside-chat session was set at the IIT Kharagpur campus auditorium. The event saw over 3,000 attendees including students, who got an insight and background of Sundar Pichai.

He started off by talking about his days at the campus. He even agreed to the fact that he bunked a few classes while he was doing his B.Tech course, calling it a ‘right of passage’. “I came to IIT from Chennai and I hadn’t used a lot of Hindi. In my first year of college, I went to the mess and started calling people ‘Abey saaley’, and the mess had to be closed temporarily,” said Pichai laughing.

He also mentioned about his wife Anjali, who he met at IIT itself, and how he had to visit the girls hostel to see her.

Apart from his college life, the CEO was shot with some questions by a few students around his professional life. A certain request was applauded when a student asked if he could change the Google Doodle to the building of IIT Kharagpur for a day. To which he replied, “I wish I could do that, but we have certain methods and process at Google when it comes to selecting Google Doodles.”

He also told students that following the right path is important and having a ground on what you want to achieve is really important. He also firmly spoke about how India has a great potential and how the country will be one of the biggest software hubs in the coming five years. 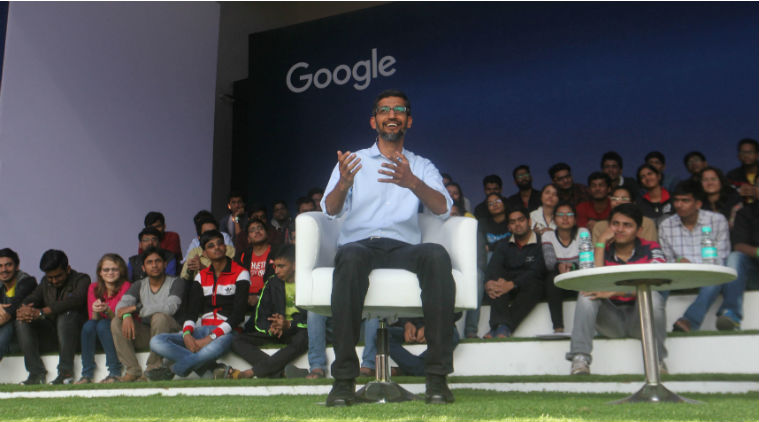 Talking about the affiliations in India, he spoke about the RailTel partnership and how the company is open to public and private companies for partnerships.

The next section was a bit interesting as he had to deal with a set of rapid fire questions. It brought out Pichai’s interests and personal life, like how he likes watching cricket and soccer and in his free time he likes to be with his kids and family. The crowd started cheering when he mentioned that he liked Deepika Padukone and Sachin Tendulkar, “I remember Sachin started playing cricket when I joined the IIT campus.”