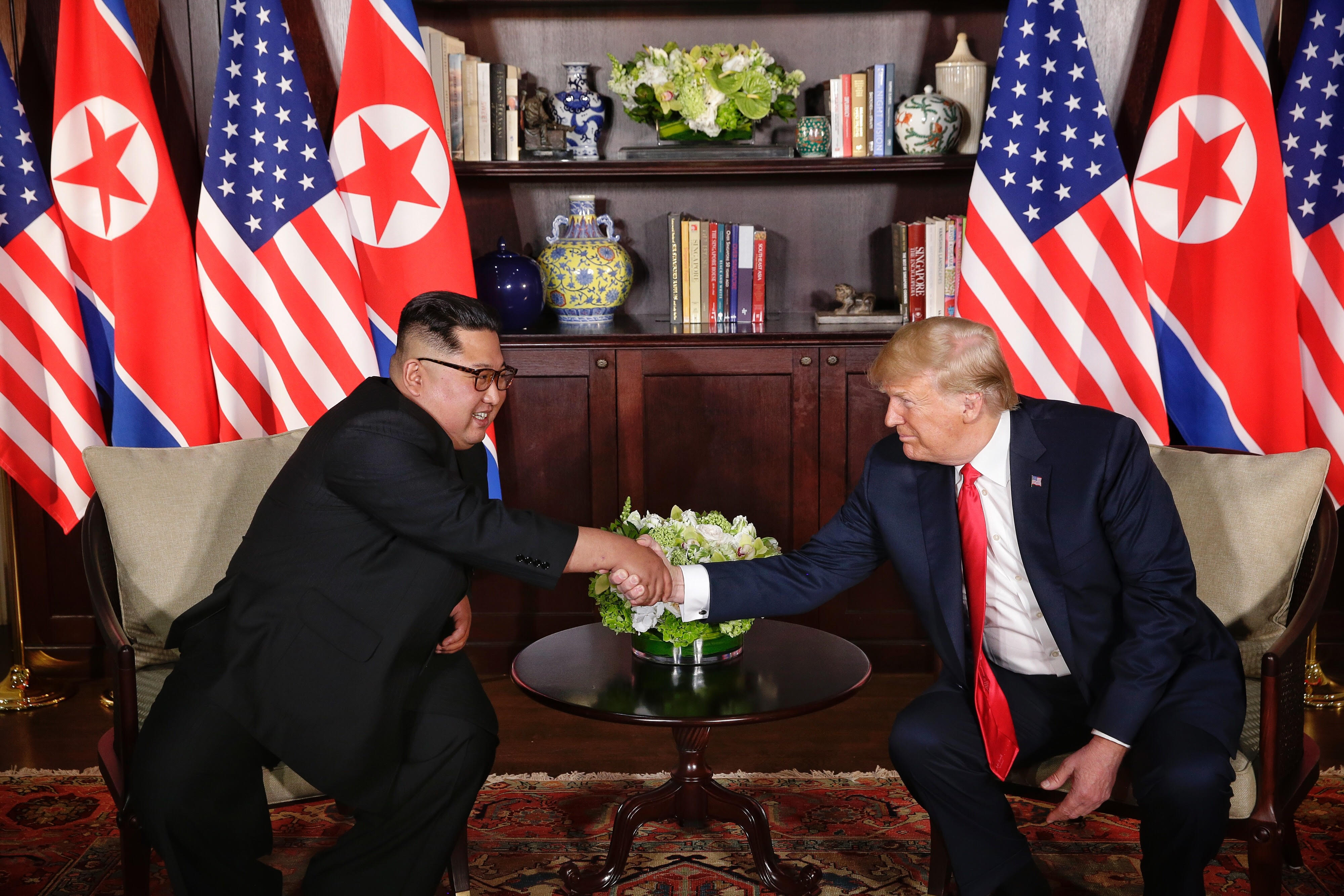 The close chemistry between North Korean leader Kim Jong Un and US President Donald Trump resulted in the joint document in which the former has assured of denuclearisation of the Korean peninsula. Photo courtesy: Ministry of Communications and Information

The commitment was made in the joint document signed by Kim and US President Donald Trump at the DPRK-USA Singapore summit today.

In return, the US committed to provide security guarantees to North Korea. However, the document does not mention what those guarantees might be. 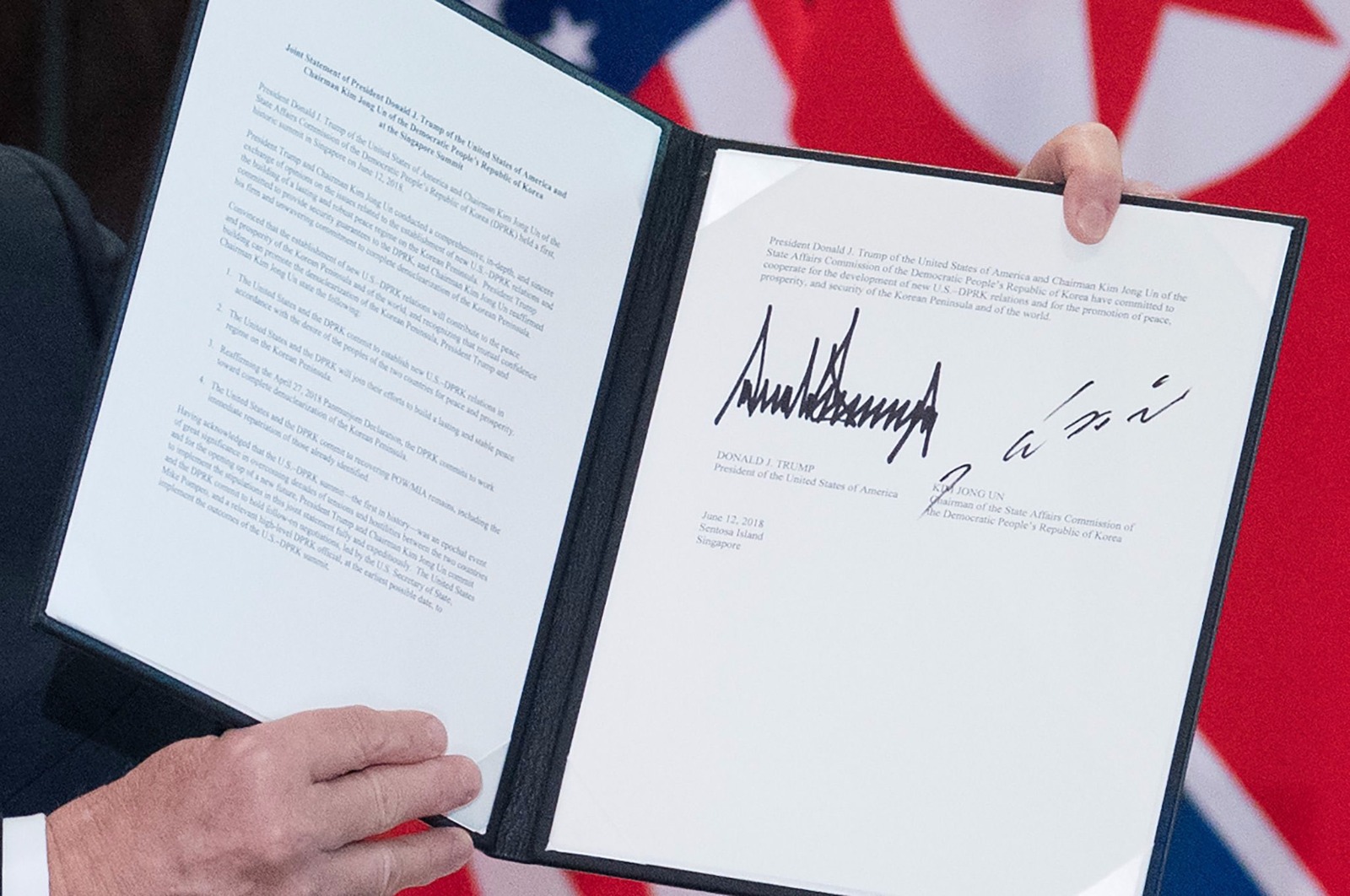 The signatures of US President Donald Trump and North Korea's leader Kim Jong Un are seen on a document following a signing ceremony during their historic US-North Korea summit. Photo courtesy: Ministry of Communications and Information

The main points of the joint document is as follows

In addition to this, the joint document also stated about the follow-on negotiations which will be led by the US Secretary of State, Mike Pompeo, and a relevant high-level North Korean official will be arranged "at the earliest possible date" to implement the outcomes of the Singapore summit.

Before signing the documents, Trump said their meeting went “better than expected and no one could've expected this”.

Kim also exuded confidence about the meeting and said that “world will now see a major change”.

“We had a historic meeting and we’ve decided to leave the past behind. The world will see a major change. I would like to express my gratitude to President Donald Trump for making this happen.”