It’s official. Walmart has wrapped up its Flipkart acquisition for USD16 billion, a valuation of over USD20 billion, which makes it the world's biggest e-commerce deal. Walmart will own around 77% of the Bengaluru-based, Singapore-registered company in what is also being seen as the largest buyout for the US firm.

The deal, which will see founder Sachin Bansal exit completely, will now pit US-based giants Walmart and Amazon against each other in the Indian market.

The deal is going to shake things up. The world's biggest retail deal will impact the whole segment; the competitors as well as the consumers. Here's how it pans out. 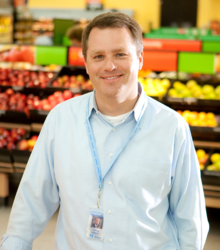 After acquiring a 77 per cent stake in Flipkart, Walmart CEO Doug McMillon said that the company's name won't be changed to Walkart.

The CEO said that there won't be a bureaucracy in the US which will try and run the company. Walmart is excited about helping farmers make more money and reduce food wastage, he added.

The outlook for Indian online retailer Flipkart was decidedly gloomy when Kalyan Krishnamurthy became the chief executive officer in January 2017. The startup’s valuation was dropping, fundraising was more difficult and Amazon.com Inc. was pledging USD5 billion-plus to siphon away customers.