It seems as if Lady Luck is smiling on Indians as several expatriates are winning incredible amounts of money in United Arab Emirates (UAE) lotteries. In the latest edition, an Indian expatriate has won a whopping AED7 million (USD1.9 million) in Big Ticket raffle draw organised at Abu Dhabi.

The Indian, Anil Varghese Thervil, who works in Kuwait, was declared the winner of AED7 million prize in the Big Ticket millionaire draw held at Abu Dhabi International Airport. 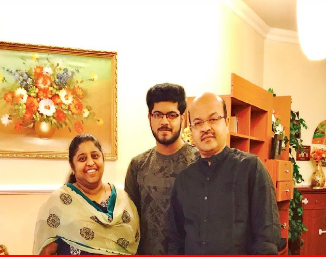 The elated winner informed that he hit the jackpot on the ticket number that matches with his son’s date of birth.

“His is my lucky charm. I purchased the ticket online and chose the number 11197 because my son’s date of birth is 11/97,” said Varghese.

“I am trying my luck with Big Ticket for the second time. I never expected to win. The reality is still to sink in,” he added.

He is originally from Kerala and works in Kuwait at Kharafi National Company as an executive assistant for the past 26 years. His wife Renu is working with Badur Travels Company and his only son Rohit is studying in Kerala.

In addition to this, one of the winners was a Bangladeshi and another was a Moroccan.

In early April, a Dubai-based Indian driver hit a jackpot by winning AED12 million (USD3.27 million) in Abu Dhabi. Another Indian had won a lottery worth AED10 millions (USD2.72 million) also in Abu Dhabi in February 2018.