Esplanade – Theatres on the Bay’s A Tapestry of Sacred Music turns 10 with an entirely free line-up of programmes featuring sacred music and arts from Singapore and around the world. The festival focuses on artistry and music inspired by faith, practised by communities all over the world. 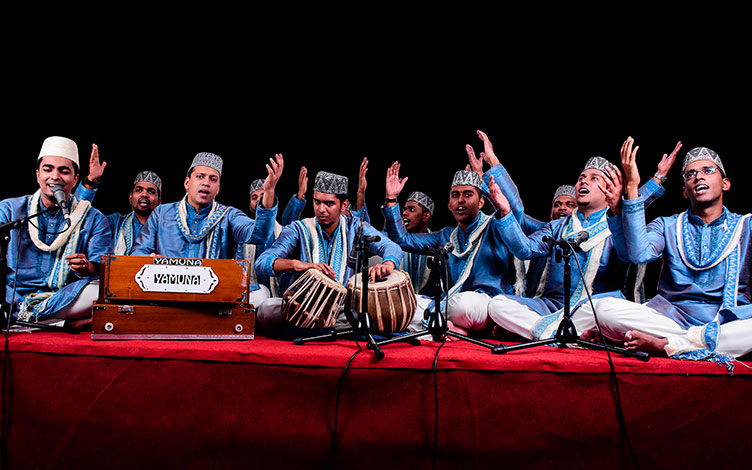 From April 20 to 22, the festival features a lineup of new and returning artistes to Esplanade. From the deep and sonorous throat-singing by one of the world’s most renowned xöömei or Tuvan throat-singing collectives Huun-Huur-Tu, to the entrancing Hindu devotional singing by Parvathy Baul from Bengal, revellers can choose from a range of sacred music forms.

Tan XiangHui, Programmer, The Esplanade Co Ltd said, “A Tapestry of Sacred Music is a rare chance for people to encounter the beauty of sacred music normally only seen in places of worship in Singapore, as well as other important cultural expressions from communities around the world. This year the festival, which features some of the very best performers in their respective cultures, is completely free so even more people can experience the festival with no barriers.” 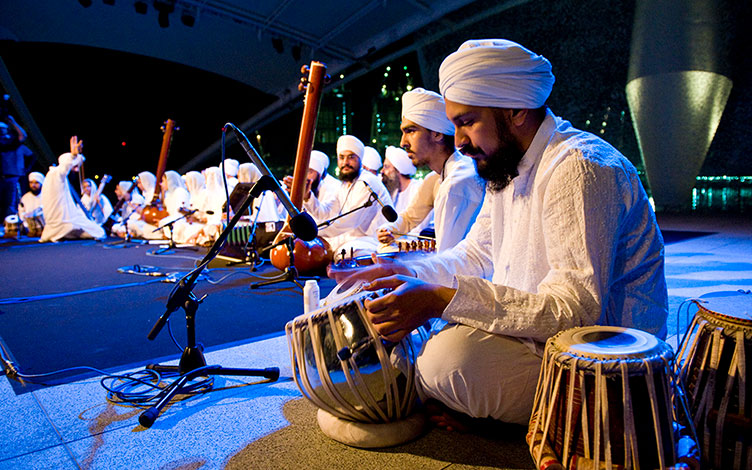 The kirtan by devotees from the Gurmat Sangeet Academy at the Sikh Centre features North Indian instruments not often seen in public. Photo courtesy: Esplanade - Theatres on the Bay

Many of the sacred artforms featured in the festival are not usually practised in public and this is a rare opportunity for everyone to experience them in a neutral environment at Esplanade. New and rare artforms to keep an eye out for this year include UNESCO Artist for Peace, Kudsi Erguner and his Ensemble from Turkey who will pay tribute to the religious traditions of different communities that settled in the ancient city in Liturgical Songs of Istanbul. Audiences can also look forward to Cham – Masked Dances of Tibet, a dance that is usually done during the Nagrang oracle festival. It brings auspiciousness to the community featuring monks from the historical Mangtro Monastery which is located in the remote foothills of the Himalayas.

Over the last ten years, A Tapestry of Sacred Music has played host to over 20 religious traditions and 50 different cultural communities, and built lasting relationships with several artists and arts groups, growing an audience and their appreciation of these unique artforms or practices. Masters and pioneer throat singing ensemble Huun-Huur-Tu presents Throat Singers from Tuva. Last presented at the festival in 2010, witness up-close this traditional technique used to communicate with the spirits of nature where the throat creates two or more notes at the same time. Powerful female mystic singer and one of the most celebrated Baul performers, Pavarthy Baul, who is from a community that practices syncretic beliefs of both Hindu and Sufi traditions, will also return in Mystic Songs of the Bauls.

The three-day festival opens on Friday evening, followed by two full days of meditation sessions, workshops, talks and performances on Saturday and Sunday. Some activities include an opportunity to experience the chants of a Catholic monastery or Tibetan Buddhist Hall early in the morning with Call of the Dawn programmes, and beginner-friendly and non-religious meditation sessions to start the day with mindfulness. There will also be an Italic calligraphy workshop by Ludwig Tan where participants can learn the style of calligraphy that was reserved for official documents, which was developed in the Vatican during the 15th century.