An Indian-origin Member of Parliament Pritam Singh was elected unopposed as the new secretary-general of the country’s main opposition Workers' Party.

The Central Executive Council (CEC) election of the Workers’ Party was conducted at the party headquarters yesterday. 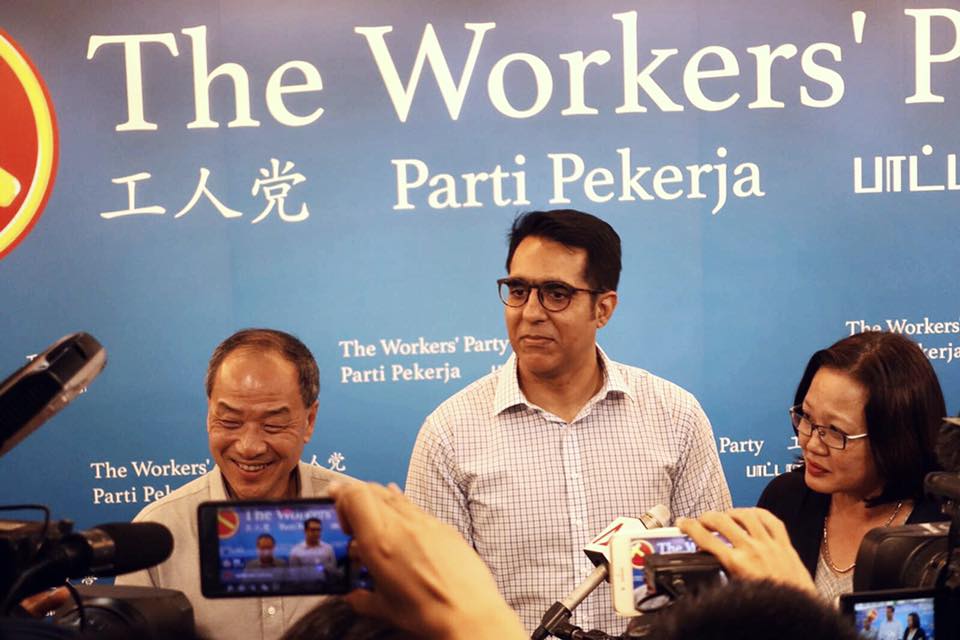 Pritam Singh (centre) has become the new secretary-general of Workers' Party in Singapore. He is being flanked by Low Thia Khiang (left), former chief of the party and Sylvia Lim (right) who retained the party's chairpersonship. Photo courtesy: Facebook page of Workers' Party

Pritam Singh takes over from veteran Member of Parliament Low Thia Khiang who has held the top post since 2001. The latter has announced last November that he would not contest the election to make way for new blood.

He was seen as the frontrunner for the secretary-general post after Low's announcement.

Pritam Singh is an MP for Aljunied Group Representation Constituency, a five-member group representation constituency in the north-eastern and eastern region of Singapore. Besides, he is also a town council chairman.

Talking to the media about his election as the party’s new secretary-general, Singh pointed out that he had “very big shoes to fill”, adding that the outgoing secretary-general had “driven the party forward with lots of perseverance and dedication”.

He added, “And it’s important for the party to build on the foundation he has laid, and to continue forward as a rational, responsible and respectable party.”

Speaking about his agenda, Pritam Singh said, “My agenda is to reach out to the party members once more, to get a sense of their views and wishes for the party.”

“The CEC will meet quite soon and it’s important for us to also move forward as a team, and the process will be quite consultative. We look forward to working with not just the party and its volunteers, but with all Singaporeans,” he added.

Pritam Singh is 41 years old and married to Loveleen Kaur Walia. He has one daughter.