Twenty artisans from India joined scores of local devotees in the restoration of the 164-year-old Sri Srinivasa Perumal Temple in Little India in a nearly SGD4 million (INR20 crore) project. 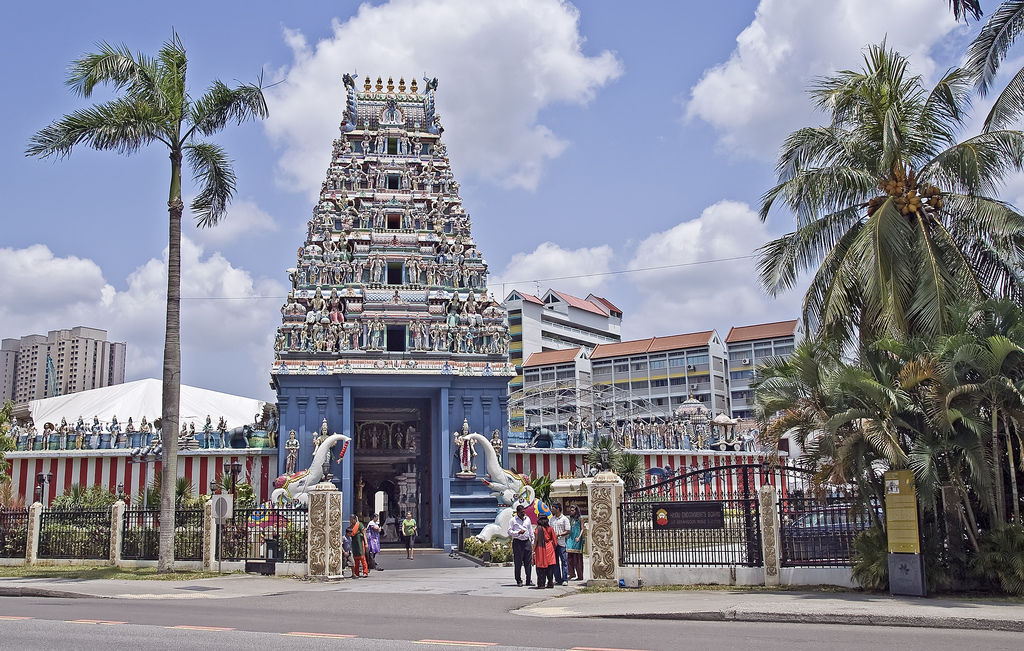 The iconic temple is undergoing its fourth renovation since it was declared a National Monument by the Preservation of Monuments Board of Singapore in 1978. Photo courtesy: flickr.com

Work has been going on for more than a year at the declared national monument where devotees share the sacred space with the artisans and scores of other workmen.

A chief sculptor and a team of 19 highly-skilled artisans from India are "painstakingly keeping" to the colour scheme of the original temple, said a report.

The biggest challenges for the restoration team is to accommodate various rituals, festivals and ceremonies while the extensive work is being done.

"Every day, there are poojas going on and major festivals during which the work has to stop. The management committee has to plan so the work can be finished in time, and I am happy to say that we are on schedule," said Karruppiah.

The current renovations include making more space for devotees to worship, re-painting paintings, murals and religious motifs, and re-conditioning structures like the rajagopuram (tower entrance), pillars and vimanams (temple roof).

A new multi-purpose facility for blessed meals and religious ceremonies has also been added.

At the end of the restoration process, an elaborate ceremony for the resanctification of the temple will be conducted by 39 priests on April 22, an auspicious date as per the Hindu almanac.

Rare sacred ceremonies will be performed for over five months. It is believed that the rituals will bring goodness and prosperity to the devotees, community and nation.

The iconic temple, one of the oldest in Singapore, is undergoing its fourth renovation (to the tune of some SGD4 million) since it was declared a National Monument by the Preservation of Monuments Board of Singapore in 1978.

Restoration and resanctification of Hindu temples here are carried out every 12 years.

The Hindu Endowments Board funds the works and appeals for donations are made to supplement the cost.