The Republic of Singapore Air Force (RSAF) celebrated its 50th anniversary in the heartlands this year with a launch at Toa Payoh Hub on Saturday, Mar 10, 2018. Minister for Defence Dr Ng Eng Hen officiated the launch, according to a press statement by the Ministry of Defence (Mindef).

Dr Ng autographed on a mock-up of the RSAF50-themed F-15SG tailfin and interacted with members of the public, RSAF personnel, as well as students from the National Cadet Corp. He also viewed exhibits which showcased the 3rd Generation RSAF’s operational capabilities, as well as weapon systems on static display. 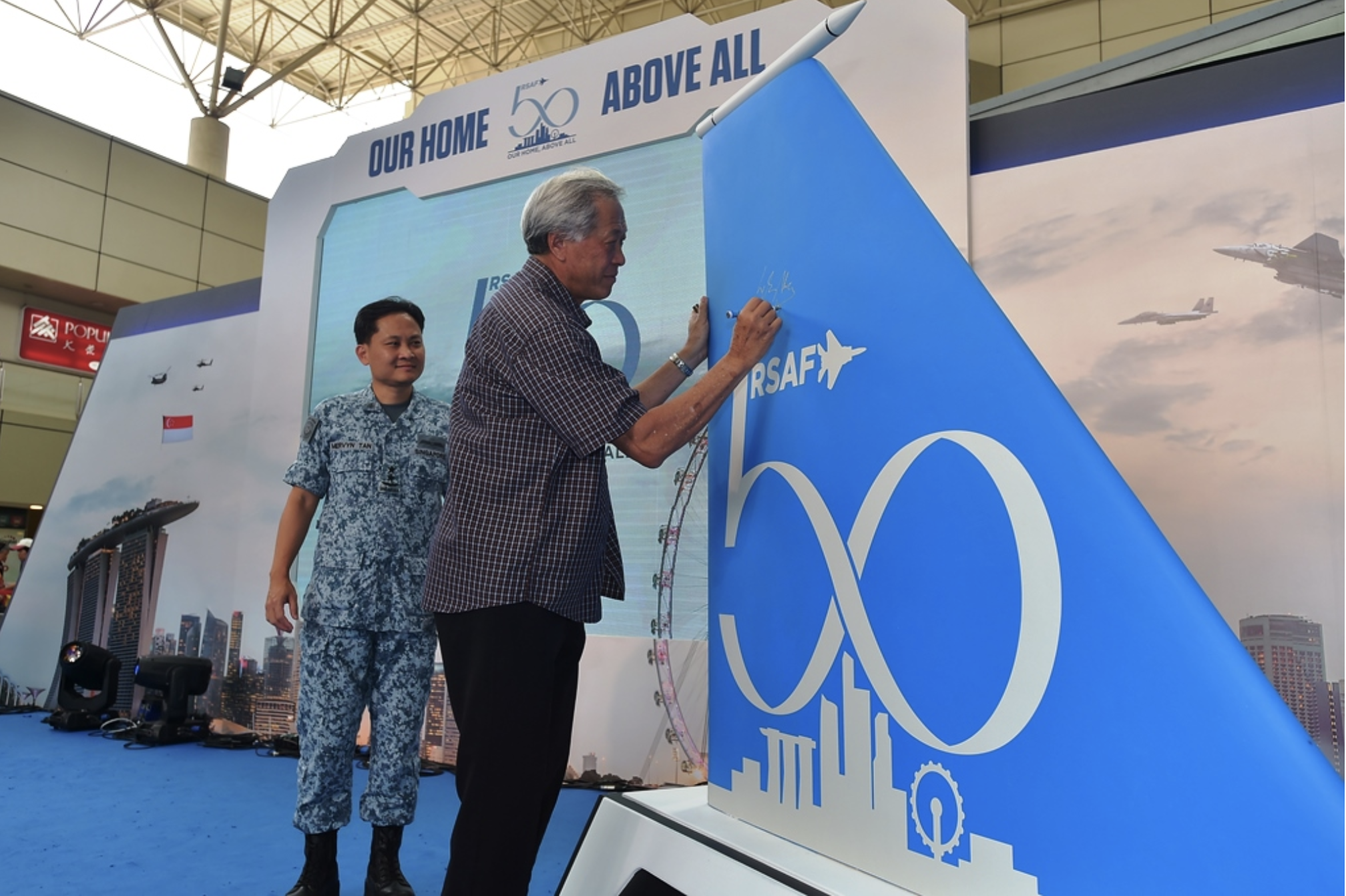 Also known as the RSAF50@Heartlands, the roving exhibition will travel to another four heartland locations across Singapore from March to May 2018.  Members of the public will be able to interact with the RSAF airmen and women, as well as learn more about the RSAF’s capabilities.  The interactive Enhanced Island Air Defence panel will be unveiled to the public for the first time.

Visitors can also get a first-hand experience on flight simulators, and get a taste of life in the RSAF by donning uniforms and having their photos professionally taken at the RSAF Photobooth. 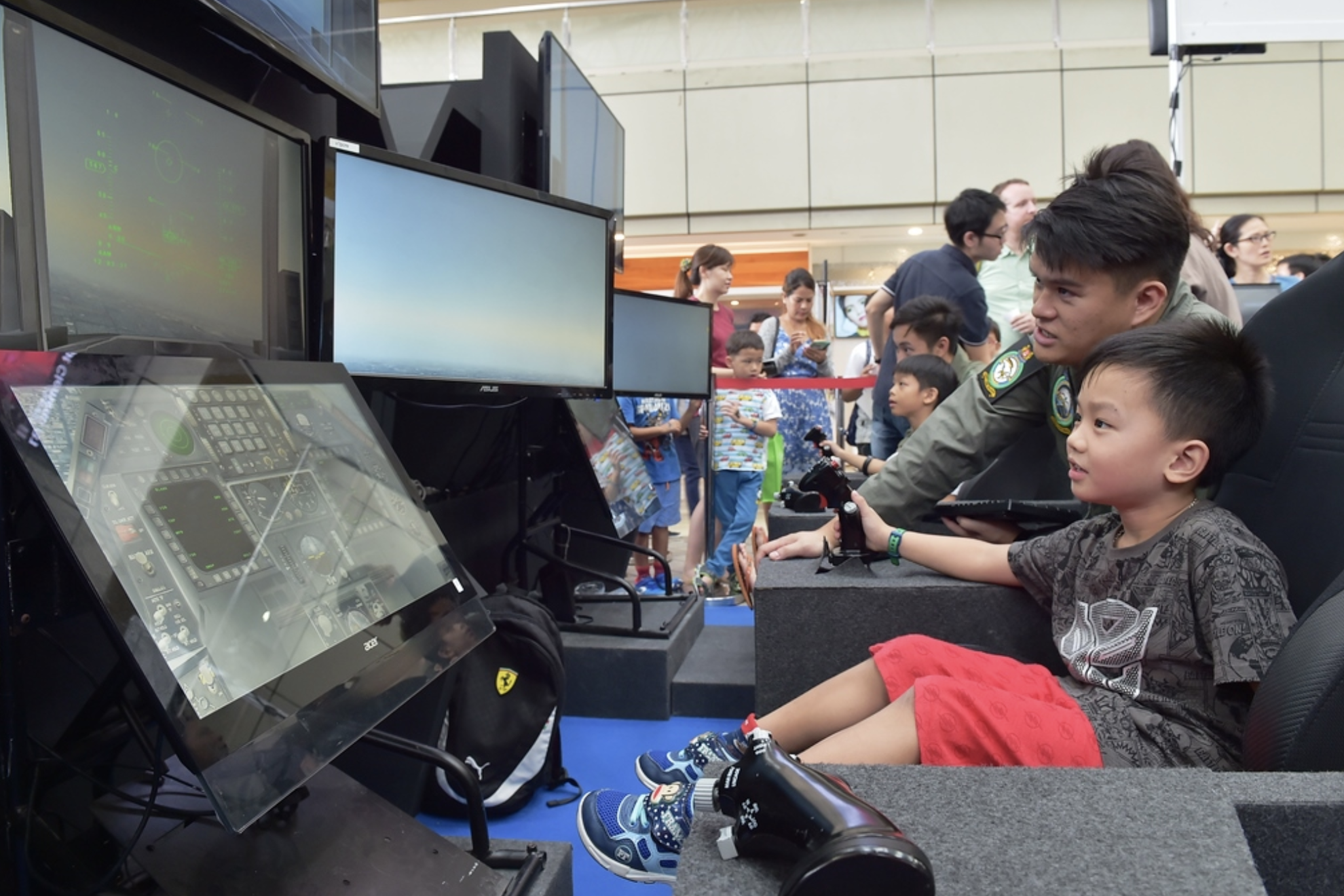 An RSAF serviceman interacting with a visitor at the flight simulator at RSAF50@Heartlands. Photo courtesy: Mindef

“From March to May 2018, the RSAF will be travelling to five heartland locations across Singapore to celebrate the RSAF’s 50th anniversary with fellow Singaporeans,” said Colonel Ho Yung Peng, Deputy Chairman of the Organising Committee for RSAF50@Heartlands. “We hope that through the RSAF50@Heartlands, we can show our appreciation to fellow Singaporeans for their strong support through the years and at the same time, pay tribute to all past and present airmen and women for their dedication and contributions in defending Singapore.”