In conversation with Connected to India in Brussels, Belgium, Dr. Vinay Sahasrabuddhe - the veteran activist, administrator, academic and journalist - says that despite evolving perceptions, not enough people globally have an “enlightened opinion” of India.

To address this, India needs to strengthen and assert its soft power, with overseas Indians taking a lead role in building bridges in global communities, Dr Sahasrabuddhe says.

He should know. As president of the Government of India's Indian Council for Cultural Relations (ICCR), Dr Sahasrabuddhe oversees policies and programs relating to India's cultural ties with other countries and peoples.

Dr Sahasrabuddhe, also the national vice president of the Bharatiya Janata Party (BJP), was in Brussels on Feb. 26 to speak about his latest book “The Innovation Republic” at a panel organised by the European Institute of Asian Studies in conjunction with the Embassy of India to Belgium, Luxembourg and the European Union. 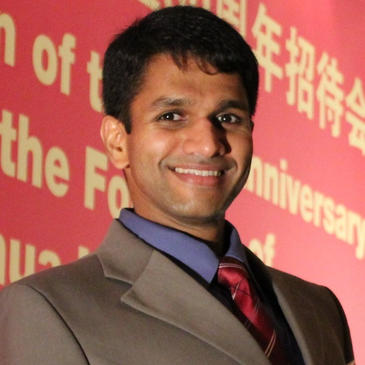 Storyteller with a 17-year career that has so far spanned Brussels, Beijing, London, Singapore and Pune. An Indian reporting Europe for China. Started in print journalism at The Indian Express in 2000 and gradually developed TV, multimedia production and communication skills along the way. More on: http://www.rahulvenkit.com