Singapore’s biggest lender, DBS Group Holdings has shown a remarkable performance as its net profit reached a new quarterly record of SGD1.22 billion (USD905.3 million), which is a 33 per cent increase from a year ago.

“For the fourth quarter (October-December), net profit reached a new quarterly record of SGD1.22 billion, up 33% from a year ago. Total income rose 10 per cent to SGD3.06 billion, staying above the SGD3 billion mark for the second consecutive quarter, as net interest income rose 15% to cross the SGD2 billion mark for the first time,” said a release issued by DBS Group today. 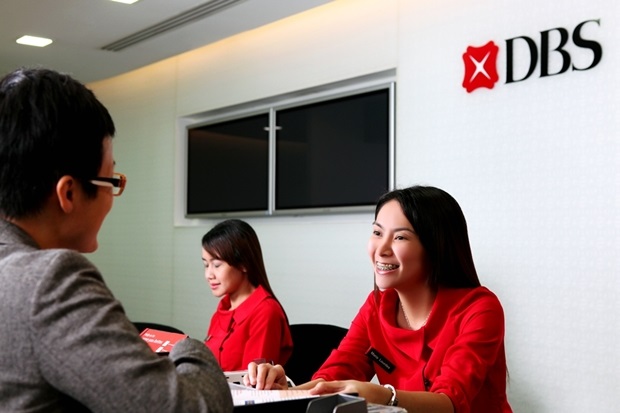 Net interest income, which refers to interest it earns from loans, increased 15 per cent to SGD2.1 billion, in line with higher Singapore-dollar interest rates, the bank said.

Net interest margin, which is the difference banks make from the interest it earns through giving out loans and the interest it pays out to customer deposits, came in at 1.78 per cent compared to 1.71 per cent a year ago.

Buoyed by the performance of the company, Piyush Gupta, DBS CEO, said, “The record fourth quarter rounds off a strong full-year performance driven by broad-based growth in loans and fee income, which more than offset the impact of less favourable interest rates and trading income. The results attest to the quality of the multiple business engines we have built and the nimbleness of our execution.”

“We enter the coming year with sustained momentum across our businesses and, more fundamentally, in our digital transformation. The significant increase in dividends reflects the quality of our earnings, the strength of our balance sheet and the improved returns we are generating for shareholders,” he added.

As regards the performance of the full year, DBS’ net profit rose 4 per cent to a record SGD4.39 billion, versus SGD4.24 billion a year earlier.

DBS is the first of Singapore’s three lenders to report its fourth-quarter results, with UOB and OCBC to follow on February 14.