The Republic of Singapore Air Force (RSAF) has geared up to celebrate its 50th anniversary by organising aseries of events throughout this year. The celebrations will kickstart with a Singapore Airshow where an F-15SG and two F-16s will be performing together in the integrated aerial display for the first time.

Announcing the plans for RSAF50 at the Air Force Museum, Chief-of-Staff – Air Staff, Brigadier-General (BG) Kelvin Khong, Chairman of the RSAF50 Steering Committee said, “This year, the Republic of Singapore Air Force celebrates our 50th anniversary. The transformation of our air force over the last 50 years is only possible because of the support of Singaporeans and dedication of generations of airmen, past and present. “

He added, “We look forward to celebrating this important milestone with our fellow Singaporeans through a series of events that we have planned, such as our celebrations at the Singapore Airshow, at the heartlands, and at the Marina Barrage. We would like to invite all Singaporeans to join us in our celebrations.”

President of Singapore Halimah Yacob will launch officially launch the RSAF50 celebrations on February 7 with airshow that will feature double the number of RSAF assets on display compared with previous airshows. 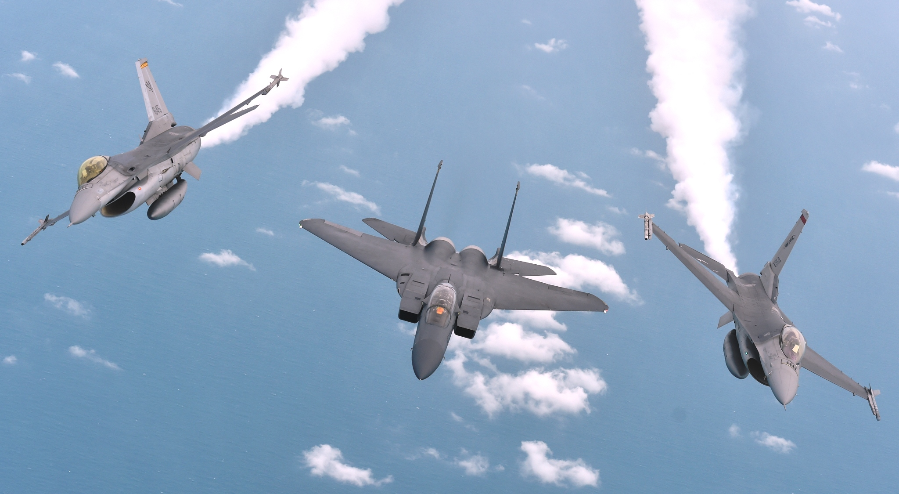 She will also unveil a special livery RSAF50 F-15SG and contribute the first picture to a 50,000-photograph commemorative mural that the RSAF hopes to put together over the course of the year.

“There will also be several new highlights, including a mock-up runway with Airfield, Landing Aids to provide visitors with a unique experience in the pavilion, realistic aircraft and weapon system simulators integrated for an enhanced flying experience, and an aircraft arming demonstration,” said a press  release issued by Ministry of Defence (MINDEF), Singapore.

In addition to this, Singaporeans and Permanent Residents will get to experience flying on the Super Puma helicopter during the airshow on February 10 and 11. Those interested have until the end of January to ballot for slots on the Mindef website.

RSAF celebrations will even be extended to the Heartlands. From March to May 2018, members of the public will be able to join in the celebrations at five Heartlands locations, namely Toa Payoh, Sembawang, Punggol, Bedok, and Jurong East.

Dr Ng Eng Hen, Minister for Defence of Singapore, will be the Guest-of-Honour for the official launch of the RSAF50@Heartlands during the first exhibition at Toa Payoh. RSAF50@Heartlands will feature exhibits on the RSAF and selected RSAF’s platforms on static display. The public can also see special highlights and demonstrations that are unique to each Heartland location. For the first time, visitors would be able witness live helicopter operations at the RSAF50@Sembawang. 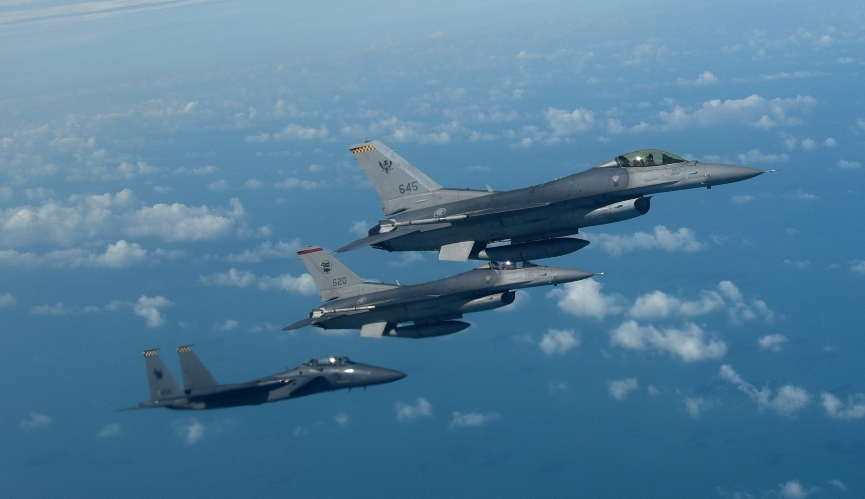 The celebrations will culminate over the National Day weekend at Marina Barrage, where Singaporeans can enjoy a commemorative flypast comprising more than 20 flying assets, including unmanned aerial vehicles for the first time. The F-15SG, F-16s and Apache AH-64D attack helicopters will also perform aerial displays over the barrage.

In addition, the RSAF will hold a parade on September 1 – in conjunction with its anniversary – at Tengah Air Base. Prime Minister Lee Hsien Long will grace the parade, which will feature a mobile column and a salute-to-the-nation flypast. The Multi-Role Tanker Transport will also be making its public debut.

The theme for the 50 years of RSAF is, ‘Our Home, Above All’. It embodies the RSAF’s resolve to remain vigilant, capable and ready to respond to threats to our national security, and to place the defence of Singapore as its top priority.

Through the series of commemorative events, the RSAF hopes to share its transformation journey from a 1st to 3rd Generation air force, and pay tribute to its people, including fellow Singaporeans, for their shared commitment, contributions, sacrifices and support to protect our home and our way of life.