People of Indian origin will have to pay fees from now on if they wish to convert their identity cards to Overseas Citizen of India (OCI) cards as the government has stopped the scheme of free conversion effective January 1, 2018, a Home Ministry official said. 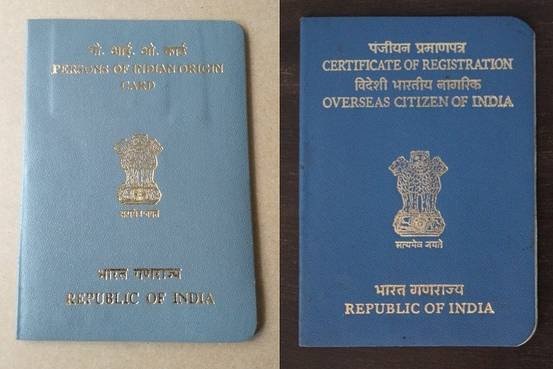 Indian Prime Minister Narendra Modi had announced in 2014 that the two types of cards would be merged. Photo courtesy: cgisf.org

The scheme of converting the Person of Indian Origin (PIO) cards to OCI cards free of charge came to an end as a decision has been taken not to give any more extension beyond December 31, the official told PTI, requesting anonymity.

However, the change of PIO cards to OCI cards would continue on payment of fees. The government had earlier extended the deadline four times to give Indians living abroad a chance to make the switch.

"The deadline will not be extended further as the bulk of people - around 30 lakh - have already converted their PIO cards into OCI cards," the official said. The fee is being worked out by the ministry and will be announced soon.

The PIO card was first implemented in 2002 as a benefit to foreign nationals who could establish at least a third generation tie to an Indian origin. It was valid for travel, work, and residence in India for a period of 15 years.

The OCI card was implemented in 2005, carried more expansive benefits than the PIO card, and was valid for the holder's lifetime. Indian Prime Minister Narendra Modi had announced in 2014 that the two types of cards would be merged and the Indian diaspora would be given the maximum possible benefits.