Indian-American Rangarajan “Raghu” Sundaram was appointed as the dean of the Leonard N Stern School of Business at New York University.

“Stern’s reputation is such that it had an outstanding group of candidates for the Dean’s post. But in the end, the Search Committee found the best candidate here in our own midst. And rightly so. Raghu Sundaram has a strong, highly regarded record of leadership and innovation, scholarship and teaching, and collegiality and service to both Stern and the University. In a field of distinguished candidates for Stern’s Deanship, Raghu stood out,” said NYU president Andrew Hamilton. 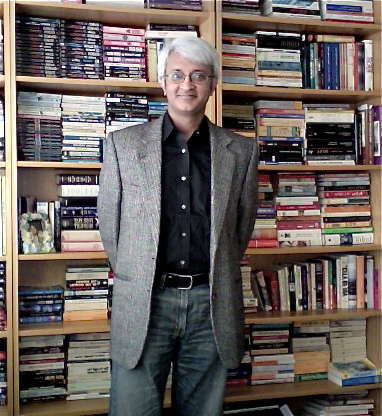 Sundaram is the Edward I Altman Professor of Credit and Debt Markets and Professor of Finance and has been the Vice Dean of MBA Programs since 2016.

He joined the faculty at Stern a little more than two decades ago.

Sundaram’s scholarly interests include agency problems, executive compensation, corporate finance, derivatives pricing, credit risk and credit derivatives as he has published extensively in these areas along with in areas such as mathematical economics, decision theory, and game theory.

Sundaram has received research grants from the National Science Foundation and other organisations and has won the Jensen Prize, was a finalist for the Brattle Prize, and was the recipient of the Stern School’s inaugural Distinguished Teaching Award.

Prior to joining Stern in 1996, Sundaram joined the faculty of the University of Rochester in 1988.

In 2016, he was selected by Dean Peter Henry to join Stern’s leadership team as Vice Dean for MBA Programs in which he oversaw the school’s full-time MBA program, the Langone part-time MBA program and other various programs.

As Vice Dean, Sundaram was able to establish the Creative Destruction Lab, launch a new, specialised one-year MBA programme, and secure the support of business leaders from major companies and much more.

Sundaram will resume his new position on January 1, 2018.