Amidst the market confusion generated by the skyrocketing price of Bitcoin across the globe, Bollywood superstar Amitabh Bachchan has reportedly struck it big. Over the last two years, a USD250,000 worth of investment made by the Big B and his son Abhishek Bachchan in a Singaporean firm has now increased to a whopping USD17.5 million in value. 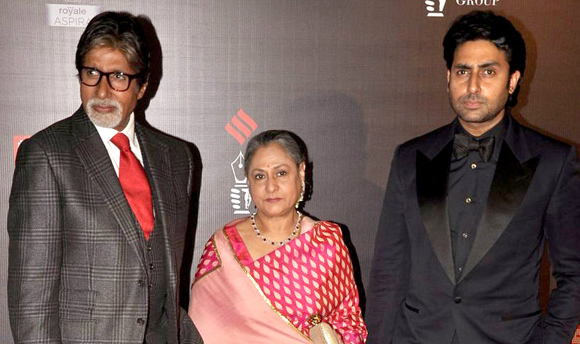 The USD250,000 worth of investment made by Big B (left) and his son Abhishek Bachchan (right) in a Singaporean firm has skyrocketed on the back of the bitcoin boom. Photo courtesy: Wikimedia

In May 2015, the Bachchan family reportedly invested in Meridian Tech Pte. The Singapore-based firm, founded by Venkata Srinivas Meenavalli, held Ziddu.com as its prime asset, a blockchain research company. As per a report by ET, the firm was acquired by LongFin Corp last week, after two days of it getting listed on NASDAQ.

Terms such as 'Blockchain' and 'crypto-currency' helped catapult LongFin stocks to more 1,000 per cent between last Wednesday and Monday thanks to the current interest in Bitcoin. After the deal to acquire Ziddu.com was announced, stock rose past 2,500 per cent. Following the announcement of Ziddu.com acquisition, LongFin Corp’s stocks surged over 2500% last week. The acquisition deal resulted in the Bachchan’s receiving a whopping 250,000 shares of LongFin. In monetary terms, Monday’s stock price of LongFin at USD70 a share puts the Bachchan’s holdings in the company at a staggering USD17.5 million (approximately Rs 112 Crore).

According to LongFin, Ziddu coins are converted into Ethereum and Bitcoin cryptocurrencies by traders for their capital management and the rise in company’s stock value is primarily based on the rapidly expanding cryptocurrency bubble.

Bitcoin prices have skyrocketed in recent weeks and is currently valued at USD16,000 per Bitcoin after touching USD20,000 a few days ago.