Looking to play a more pro-active role in the Indo-Pacific, India is expected to push for a deeper strategic cooperation with the Association of South East Asian Nations (ASEAN) to balance the China-dominated power dynamics in the region when the two sides hold talks here next month. 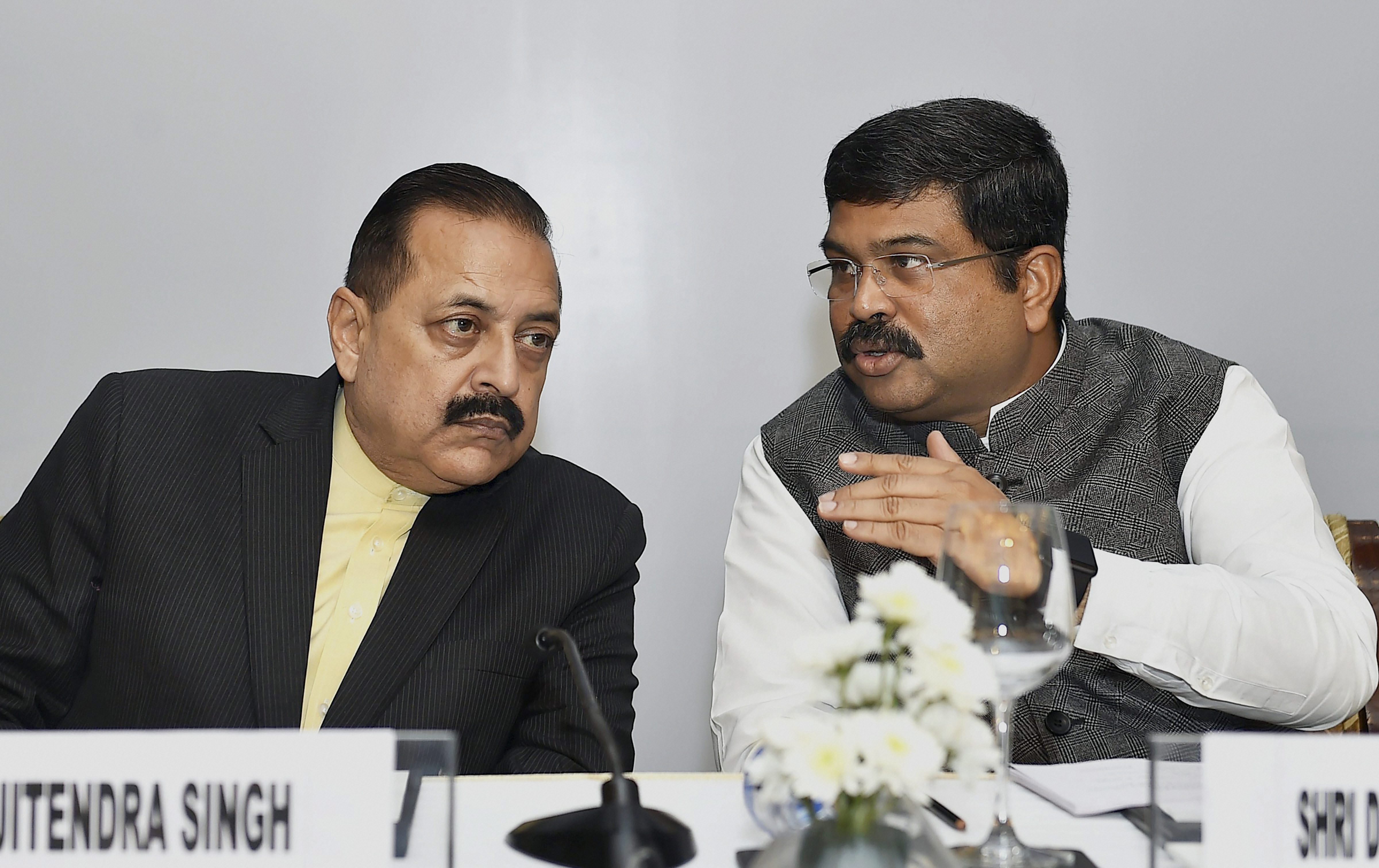 A range of key issues including effectively tackling threat of terrorism, boosting maritime security cooperation and enhancing connectivity will be the other areas of deliberations at the India-ASEAN commemorative summit to be held on January 25, sources said.

They said there is no friction point between India and ASEAN over formation of the proposed quadrilateral coalition comprising India, the US, Japan and Australia which is seen as a move to counter China's expansionist behaviour in the Indo-Pacific region.

All the 10 ASEAN member countries have already confirmed that their participation at the summit as well as at the Republic Day celebrations will be at the level of heads of state, they said. The summit is being hosted by India to celebrate 25 years of India-ASEAN engagement.

The sources, while referring to the evolving security situation in the Indo-Pacific, said India supports the ASEAN's centrality and the bloc's unity in the regional security architecture, in the wake of "emergence" of China.

They also said, at the same time India believes there must be a balancing factor in the regional security architecture when there have been competing claims of various countries in maritime disputes, in a clear reference to South China Sea issue.

The sources said India's benign presence in the Indo-Pacific region would be a welcome one considering its historical and civilisational links with the resource rich region. 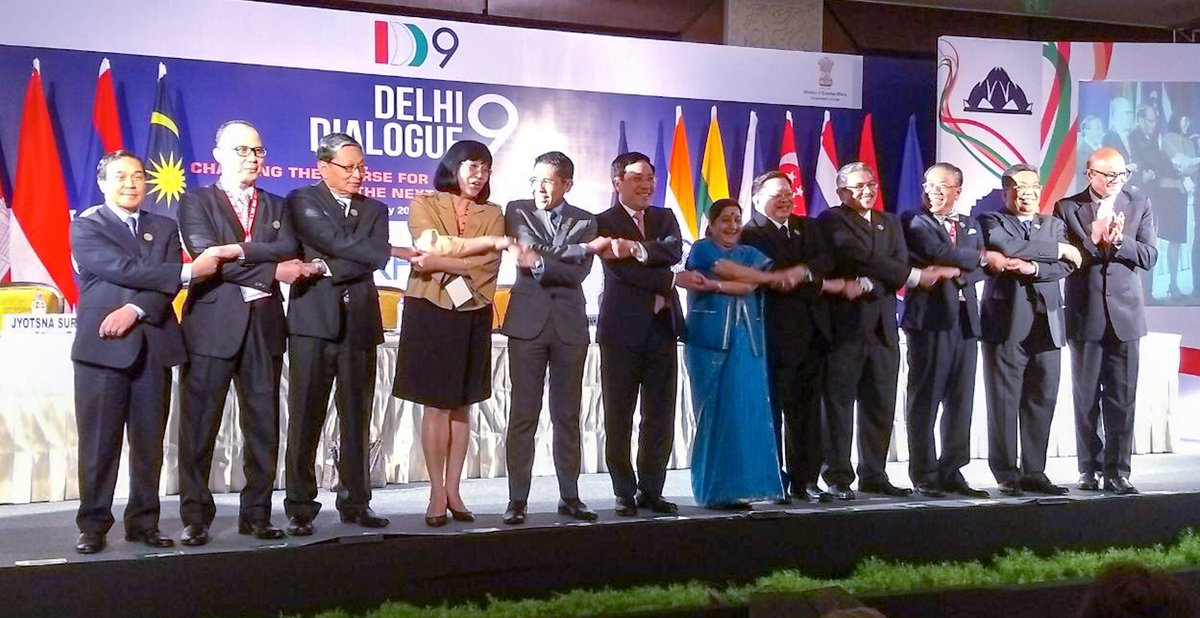 India's presence definitely helps balance the power dynamics in the region, they said.

A number of ASEAN member countries have territorial disputes with China over the South China Sea.

Widening the security cooperation under the proposed quadrilateral coalition, officials of India, the US, Japan and Australia had held extensive talks on the sidelines of the ASEAN summit in Manila for pursuing common interests in the strategically important Indo-Pacific region.

The sources said India wants to see a further deepening of ties with ASEAN in the strategic and political spheres, besides rekindling its focus on "commerce, connectivity and culture" with the bloc. 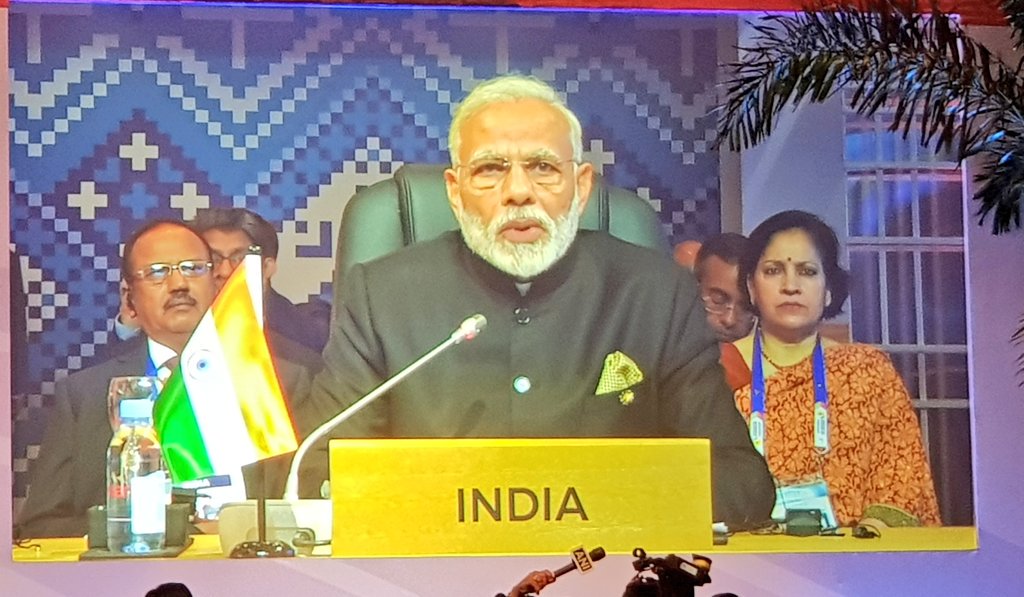 While attending the India-ASEAN summit in Manila last month, Prime Minister Narendra Modi had invited the leaders of the 10 South East Asian countries to attend India's next Republic Day celebrations as well as participate at the commemorative summit marking 25th anniversary of the country's ties with the bloc.

Modi is also expected to have separate bilateral meetings with all ASEAN leaders.

India has also invited groups from all the ASEAN countries for performance on themes based on Ramayana as it reflected India's civilisational links with the bloc.

The ties between India and ASEAN have been on an upswing, particularly in the areas of trade and investment.

The ASEAN region along with India together comprises a combined population of 1.85 billion people, which is one-fourth of the global population and their combined GDP has been estimated at over USD 3.8 trillion. 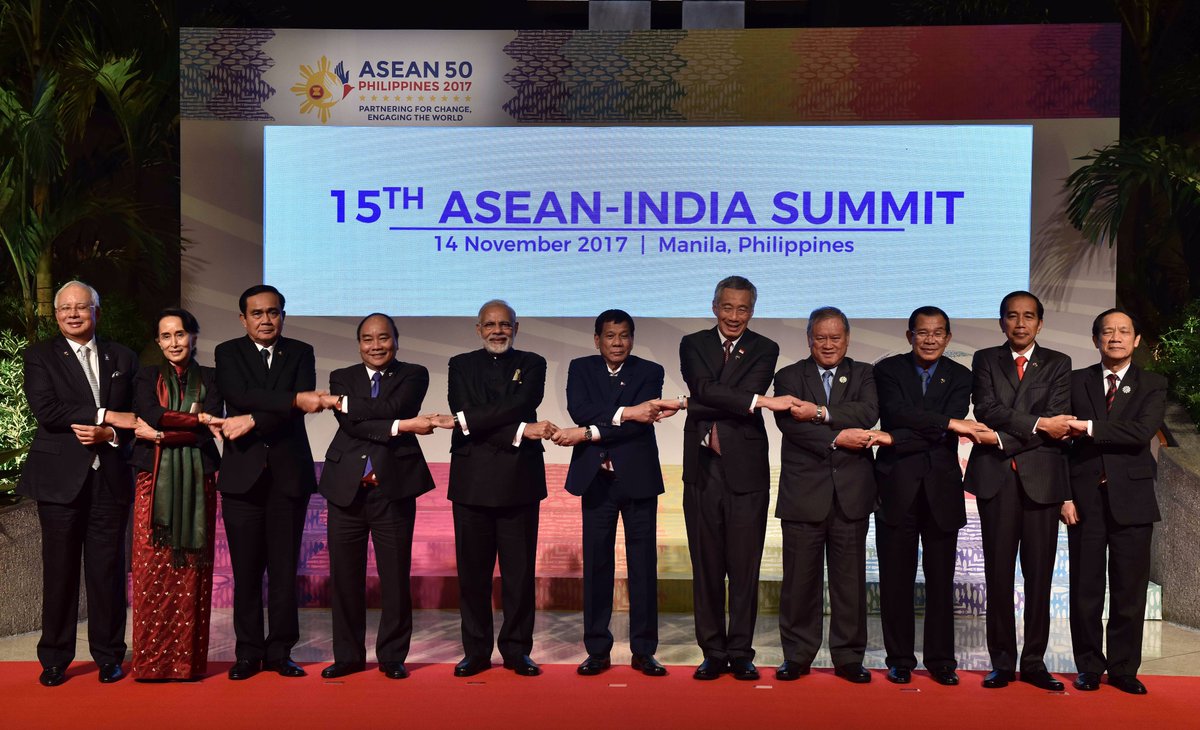 Indian PM Narendra Modi (5th from left) with the leaders of ASEAN at the 15th ASEAN-India Summit in Manila in November 2017. Photo courtesy: Twitter/@MEAIndia

Investment from ASEAN to India has been over USD70 billion in the last 17 years accounting for more than 17 per cent of India's total FDI. India's investment in ASEAN during the same period has been more than USD40 billion.

India had hosted an India-ASEAN commemorative summit in December 2012 to mark 20 years of engagement between the two sides.