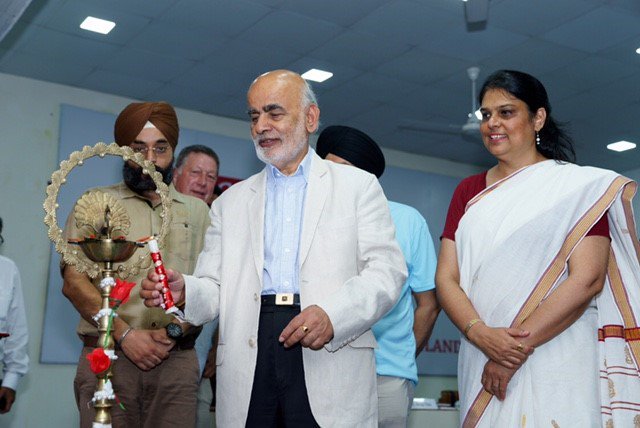 "We are establishing a Football Academy at Uncha Pind in Sanghol in collaboration with Southall Football Club, UK, whose Chairman is Chana Singh Gill," Lord Rana said.

Rana felt that there was no dearth of talent, but stressed that it needs to be spotted and then given an opportunity to excel.

Tommy Taylor said that a talent hunt championship will be organised for a few days involving 42 inter-school teams. Taylor said, "It is a big programme. We are looking between 10-12-year-olds, really good players as possible. We will keep trying until we get the best ones."

“The talented players will be chosen and we will nurture them to become professionals. Our ultimate goal is to build a national team on the campus,” said Taylor, referring to the already available infrastructure in the shape of Lord Rana Education City, a charitable educational institute at Sanghol run by the Indian-origin politician Lord Rana.