Richa Chadda is impressive both in real life and reel life

Richa Chadda has carved out a slice of stardom playing emotionally complex and deep characters in films like Masaan, Sarbjit and Gangs of Wasseypur, and highlighted her versatility as well as showed a different side of herself while doing comedy. Richa, who is reprising her role of tough-talking don Bholi Punjaban in Fukrey Returns, has said many times that she wishes she could only take comedy roles. 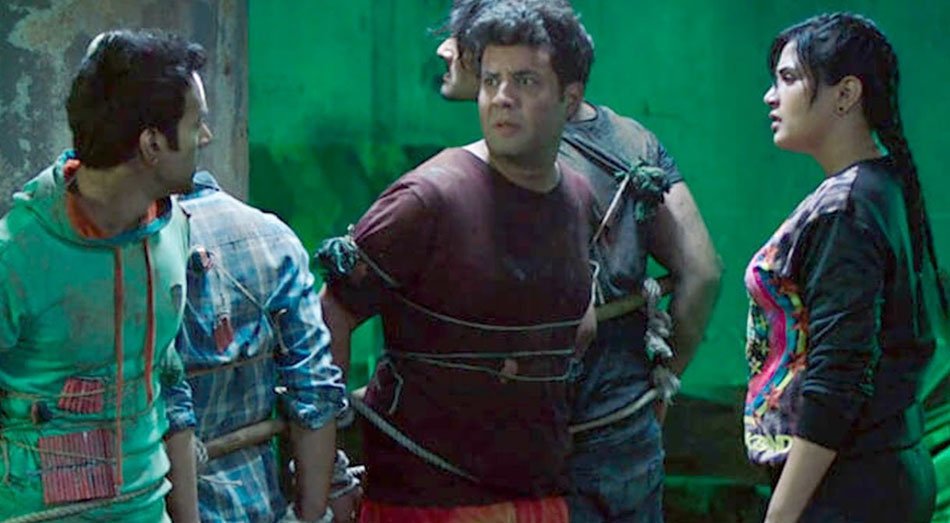 Richa's Bholi Punjaban getting her payback on the fukras. Photo courtesy: Excel Entertainment

“They are so fun and they don’t take a toll on you. You just come on set, you have to crack up yourself,” she told indianexpress.com in an interview. The actress, along with the rest of the cast, wound up a long promo tour for Fukrey Returns with the movie hitting theatres today, releasing across Singapore and South East Asia as well as in India.

Bholi remains one of the most iconic villains in recent years, and Richa's performance garnered her critical praise as well as a wide fan following. During her campaign for the movie, she spoke exclusively to Connected to India. “I think Bholi is a unique character, and you won’t find anyone else like her out there. I found it a lot of fun to boss around the fukras, and make life hell for them. Bholi considers herself a strong, self-made woman, and she had built up an enterprise of her own which was destroyed by these four idiots, so she’s really angry at them,” she said. 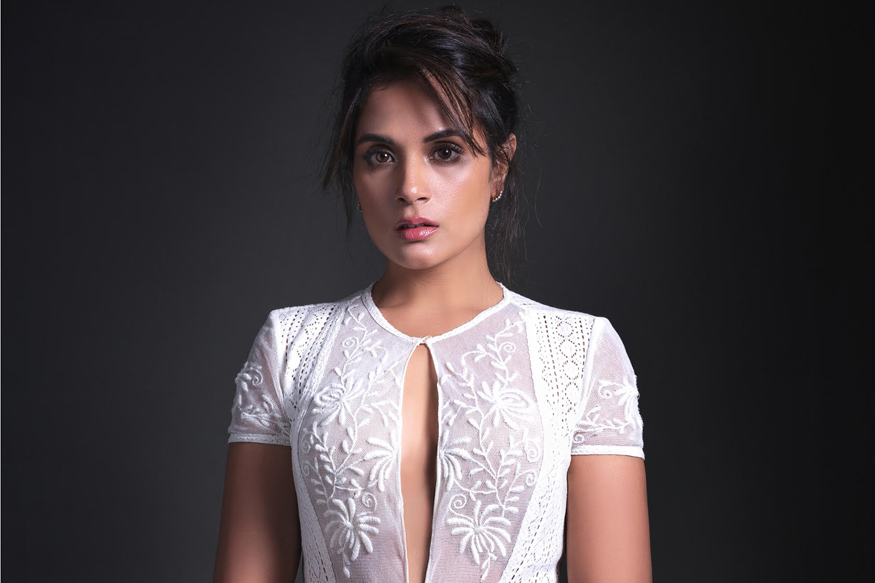 Richa Chadda said she wanted to be an actress since she was three years old. Photo courtesy: Excel Entertainment

An alumnus of Sardar Patel Vidyalaya and St Stephen’s College in New Delhi, Richa also studied at Sophia College, Mumbai. She said she had known since she was three years old that she wanted to act, and her determination only got stronger as time passed. She made her acting debut in the Dibakar Banerjee-directed 2008 hit film Oye Lucky! Lucky Oye!, starring Abhay Deol, but her big break came with Gangs of Wasseypur in 2012 and Fukrey the next year. Since then, she has earned critical acclaim for her performances in Masaan and Sarbjit, and is reprising her role as Bholi Punjaban in Fukrey Returns, which she has said is an underdog story, and something people across the world will relate to. 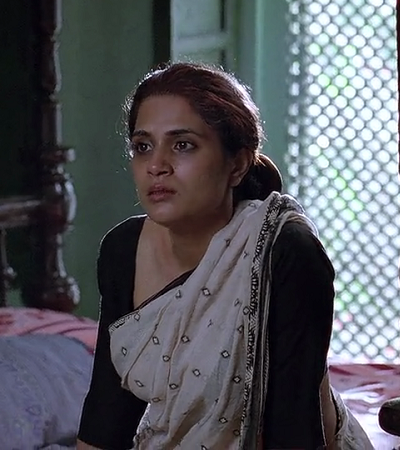 “The first movie (Fukrey) was about the main characters struggling to get into college, and the stakes are even bigger this time around. There’s a lot more drama, and a bunch of special effects and outrageous actions that the cast will have to go through,” she added.

Richa has been a fierce champion of women’s rights and an outspoken critic of gender inequality, which she highlighted in a blog post sharing her thoughts on the ripples of the #MeToo campaign. She stated that the problem is not confined to the entertainment industry, but goes much deeper.

"In addition to the omnipresent everyday sexism, experiencing first-hand sexual assault is the tax women have had to pay for centuries to live in India," she wrote, adding “Dear all, don’t blame ‘Bollywood’. That is too simplistic a deduction. In the Mahabharata, Draupadi was traded as property in gambling and Goddess Sita was abducted by another man in the Ramayana, (assuming you think of mythology and history in the same way), which was before the advent of films. ‘Bollywood’ is not blameless either. Films reflect the reality of society and also shape popular culture. But my colleagues are taking charge of the narrative. Our content is evolving a little every year which is more than what I can say for most.”

In her talk with Connected to India, she stated that the first step to making positive changes was to stop the culture of victim-shaming that is prevalent in India. “The only way to make it better is to create a culture where the victims can come forward with their accusations without fear of reprisal and the guilty are punished. We need to put an end to victim-shaming and deflecting blame; but, most importantly, the excuses need to stop. All the predators who have been exposed tried to justify themselves only after they were caught; if they weren’t, they would have gone on with their crimes,” Chadda said. 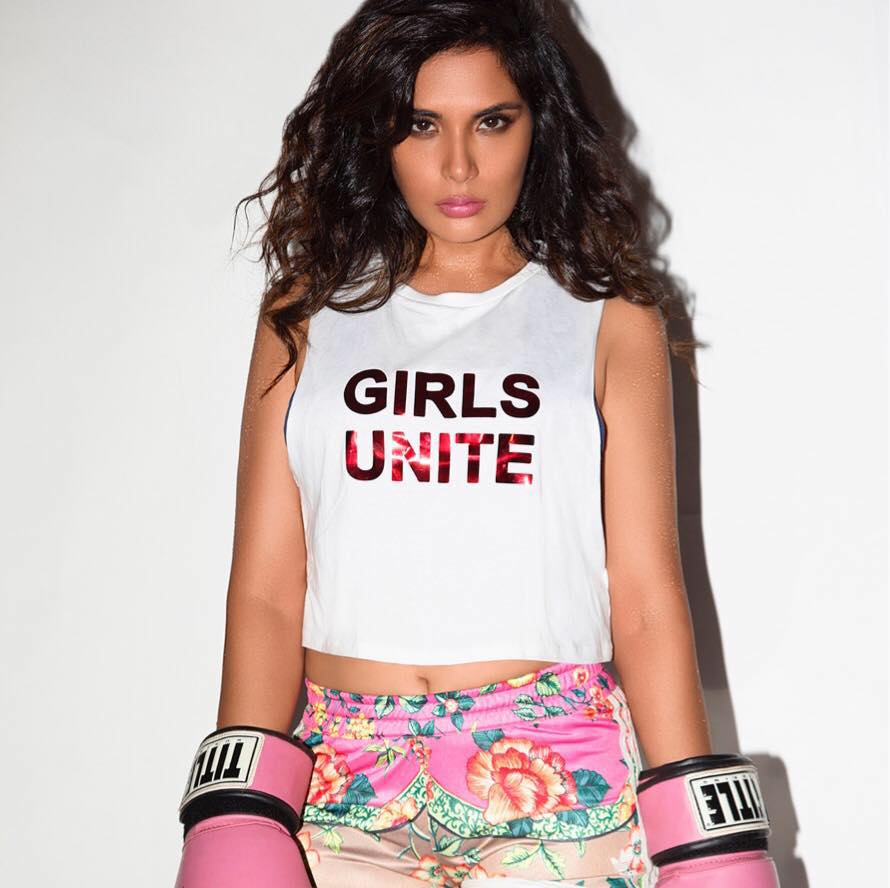 Speaking out against gender inequality and sexual harrassment, Richa Chadda said the first step is to stop the culture of victim-shaming that is prevalent in India. Photo courtesy: Facebook/@The RichaChadha

“Surely, not all men are the problem here, many are part of the solution. Not all men, but #ALLWOMEN I know have experienced gender violence or molestation one way or another. This shouldn’t it be the only way of life women know,” she concluded in her blog.