Acknowledging the spirit of Indian culture, Canadian Prime Minister Justin Trudeau celebrated the Hindu festival of lights — Diwali — with the Indian community in Ottawa on Monday. 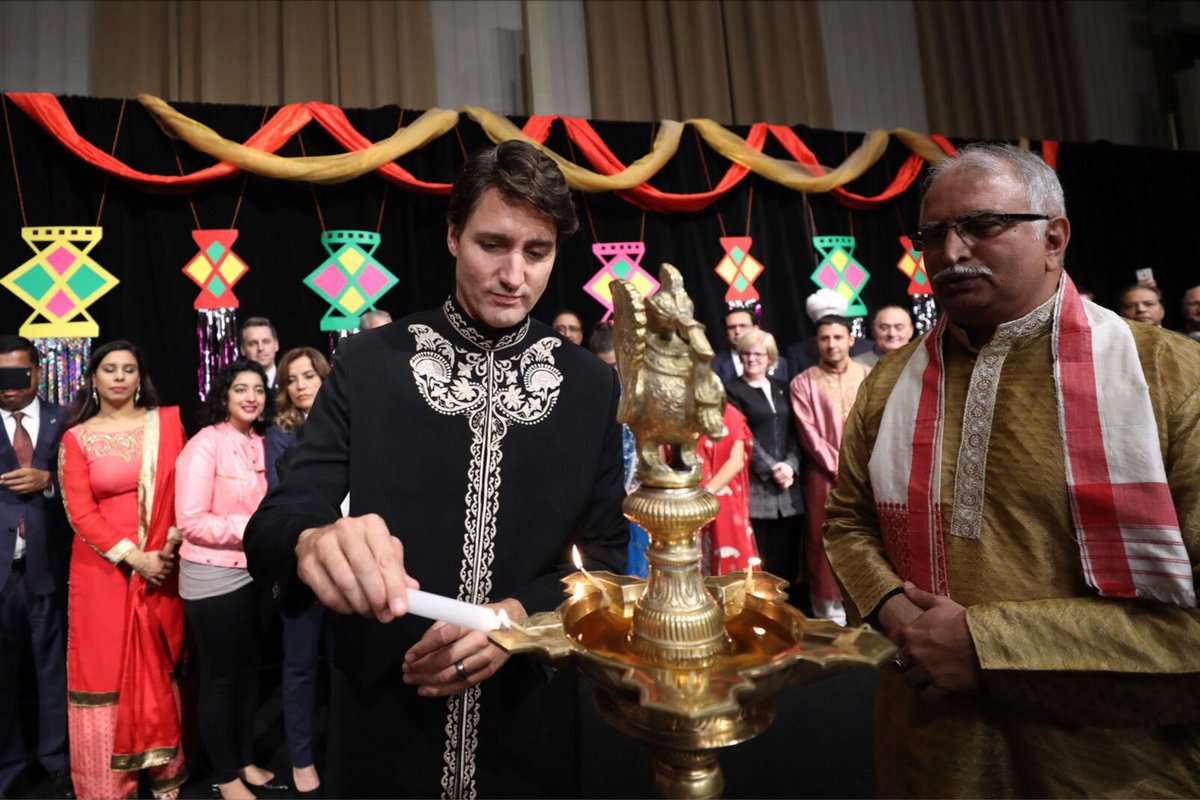 Attired in a black ‘sherwani’, Trudeau lit the ceremonial lamp and wished the Indian diaspora a happy Diwali, ANI reported.

Indian High Commissioner to Canada Vikas Swarup was also present on the occasion.

Diwali, which is celebrated with great fervour and gaiety across India, marks the return Lord Ram, the king of Ayodhya in northern India,  after his victory over demon king Ravana in distant Lanka, as well as the culmination of his 14-year-long exile.

Lord Ram is widely regarded as the reincarnation of Lord Vishnu.

Diwali is also celebrated to honour Goddess Lakshmi, the Hindu deity of wealth and prosperity and consort of Lord Vishnu. It is believed that Goddess Lakshmi blesses those homes that are clean and well lit.

On Diwali, people illuminate their houses with coloured lights and earthen lamps.

Known for embracing cultural and religious diversity, Prime Minister Trudeau had also recently celebrated and greeted the Muslim population in his country on the occasion of Eid al-Fitr in June this year.