A delegation from the Global Organisation of People of Indian Origin (GOPIO), met with India’s External Affairs Minister Sushma Swaraj in New York on September 24 to discuss several Indian-American issues and areas of cooperation. 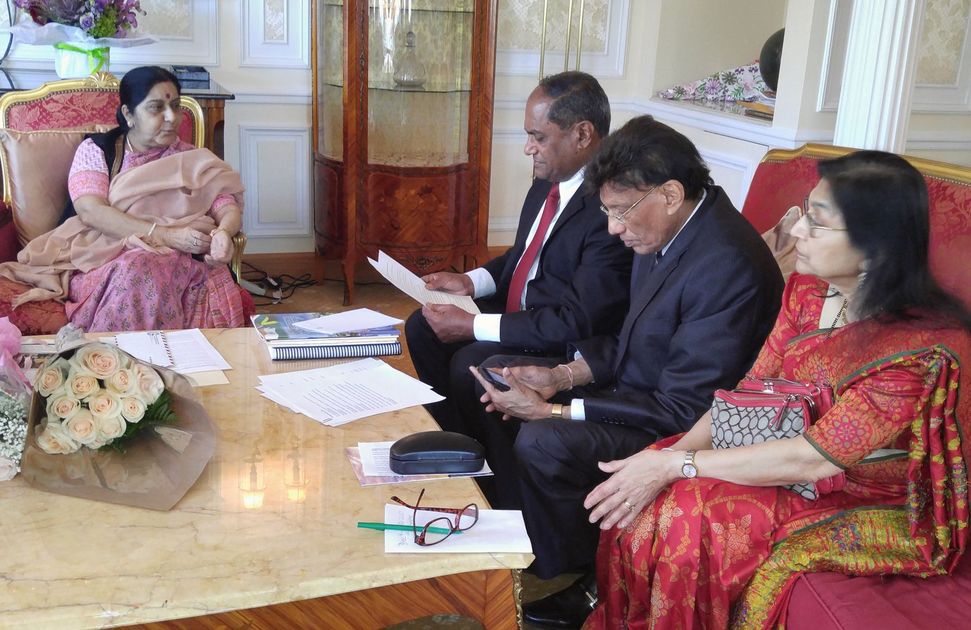 In addition to the delegation and Swaraj, Consul General of India in New York Sandeep Chakravorty also participated in the meeting.

The meeting ended with a positive discussion on how GOPIO can play an instrumental role to support the Indian government’s objectives with respect to Indian nationals living abroad, the organization said in a news release.

Swaraj encouraged the GOPIO officials to continue engagement with their local congressmen and other legislative officials to advocate for Diaspora rights and positions within their adopted homelands, it said.