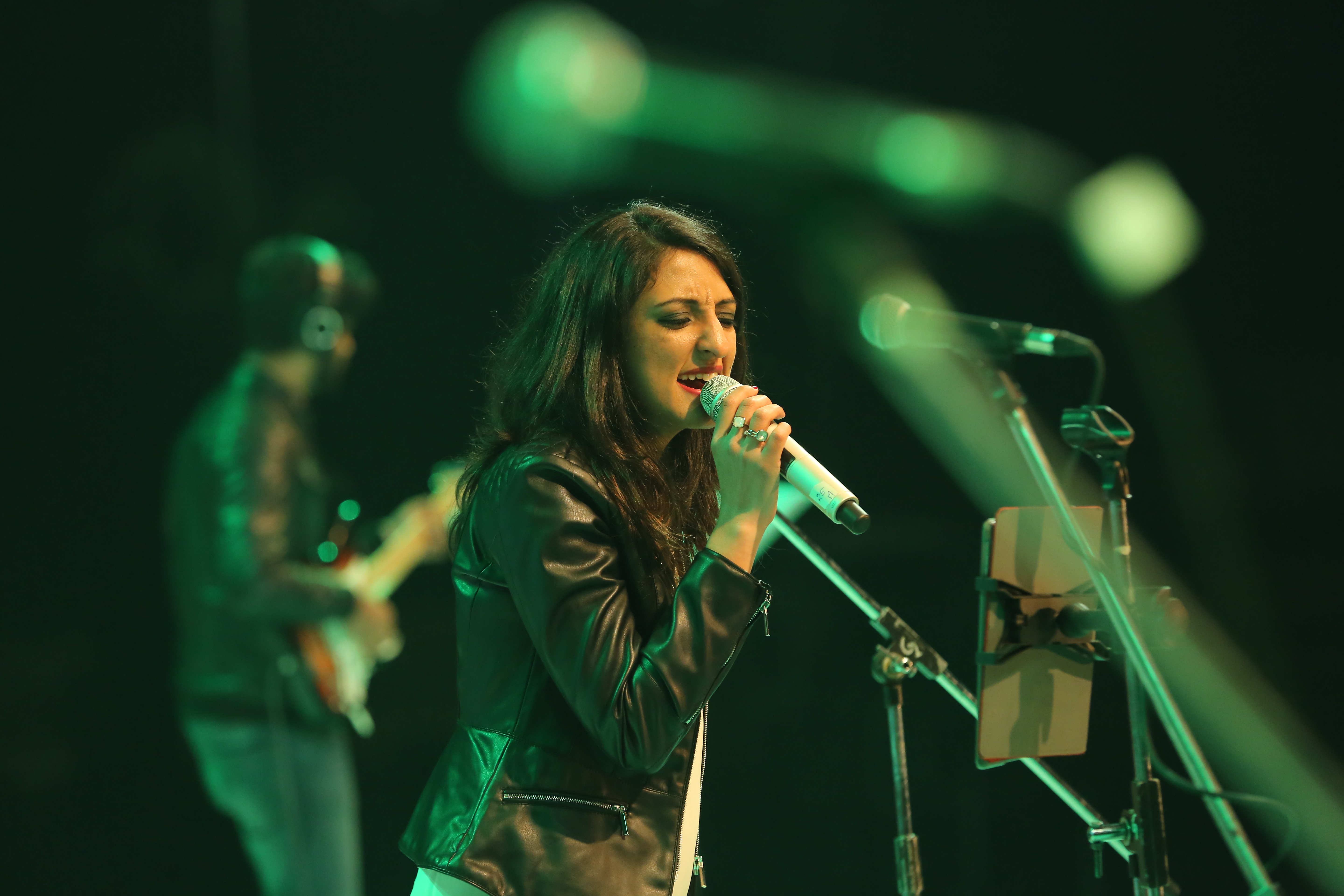 Rasika Shekar, 28, who’s been performing Indian classical vocals and on the Indian bamboo flute since the age of 14, is one of the most popular singer-flautists in the entertainment Industry. Ranging from ghazals, semi-classical, Bollywood numbers and others, she performs a blend of Indian music and jazz repertoire.

Born in Dubai and raised in New Jersey, Rasika is trained in Carnatic and Hindustani classical music. She earned a bachelor’s degree in Chemical engineering but soon after graduating, she started spending more time in India to learn Indian classical music.

Rasika Shekar has performed with one of the biggest guitar legends of all time, John McLaughlin, as a part of Berklee’s finale concert in Spain to thousands of people. She has performed as a special guest of honour at the Istikhbar Festival in Tunisia and a solo act at the World Music concert at the Fundacion Bancaja in Valencia, Spain. She was the special featured artist in “Roots and Origins of India to Valencia” bringing together Indian music, flamenco and western classical music. Rasika has also performed numerous live shows with the legendary trio Shankar-Ehsaan-Loy and also been a part of the World Flute Festival in India. 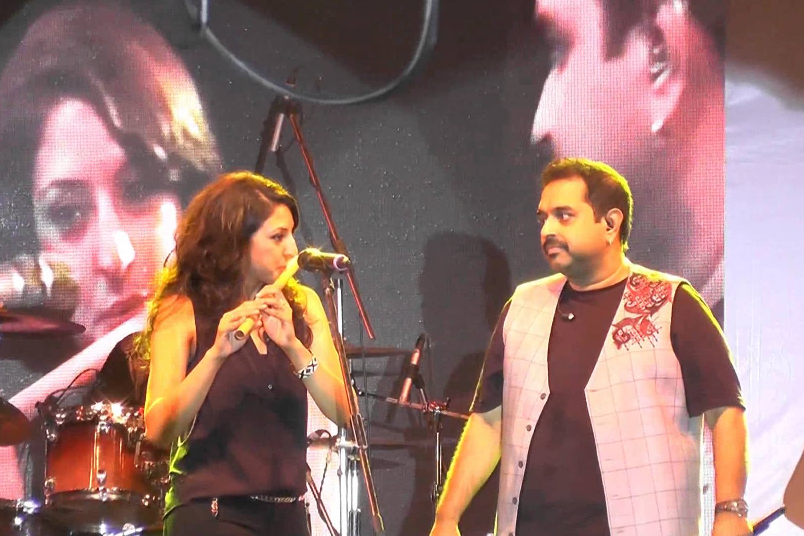 Looking forward to sharing the stage with Rekha Bhardwaj and Harshdeep Kaur in Singapore MTV Unplugged, Rasika spoke to Connected to India and shared her experiences and upcoming projects.

Connected to India: This is Singapore’s first ever MTV Unplugged. How do you feel being a part of this?
Rasika Shekar: It’s unbelievably exciting at this point in time, for many reasons. One, of course, like you mentioned it’s the first time MTV Unplugged is doing this sort of exceptional thing there. Second, it is Singapore because I haven’t been there many times but I have heard so much about the audience and the fact that they are very receptive to so many forms of music. So it’s much more exciting to come there and perform something unplugged, Sufi and Bollywood. Of course, we musicians are getting to travel with each other and perform together. It’s going to be really exciting to see everyone and we hope to have a really good time with the Singapore audience.

Connected to India: Have you performed in Singapore earlier?
Rasika Shekar: I have come with Shankar-Ehsaan-Loy, but that was a really long time ago. That was a very different concept that had nothing to do with what I am doing right now. This, ideally as a solo, is the first time I am coming there to present my own influences and music. 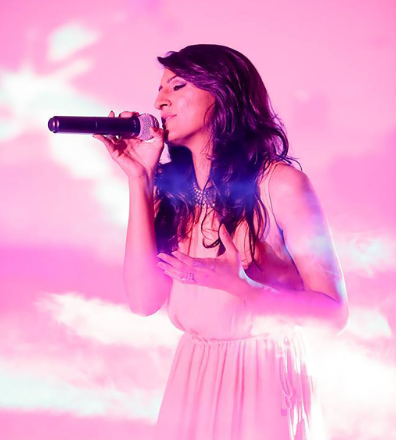 Connected to India: What is the most difficult performance you’ve ever given?
Rasika Shekar: Recently, about a couple of months back I was in Spain and I was performing with these flamenco musicians and none of them actually spoke English. They didn’t know much about Indian music, they heard Indian music here and there, but they hadn’t worked with any Indian musicians. So in terms of the language and bringing our Indian music to them was a bit of a challenge. But I really enjoyed the whole challenge part because that’s the magic of music regardless of the language. There is no language barrier. It took me quite a long time to talk to them. The response from the audience was amazing because I did do a Sufi number there. Though I was nervous because the audience is not from your country or speak your language.

Connected to India: So how was it to perform Sufi in a foreign country where people don’t understand the language? How could you resonate with the audiences?
Rasika Shekar: Personally, for me as a journey, I started with falling in love with Ghazals. Listening to Mehndi Hasan Saheb, Ghulam Ali Saheb. Even though I grew up in the US, but soon after I started to listen to Nusrat Fateh Ali Saheb who’s been such a huge influence because the variety of stuff he has done, he has taken poetry to next level even to an international audience. When it comes to Sufi music, I think it’s the power if kind of music beyond the language. The whole way it’s built, the types of words, poetry written or the way compositions have been done. I think it’s something about the Sufi, the meaning of it, love and divinity. Somewhere all that naturally resonate with people. That’s the way I see it which is pretty awesome. It caters to all the ages, different people from everywhere. Historically speaking, it comes from a lot of places, it has also travelled to different places like whether it’s India, Persia or Pakistan. Of course, the expression part if very different. 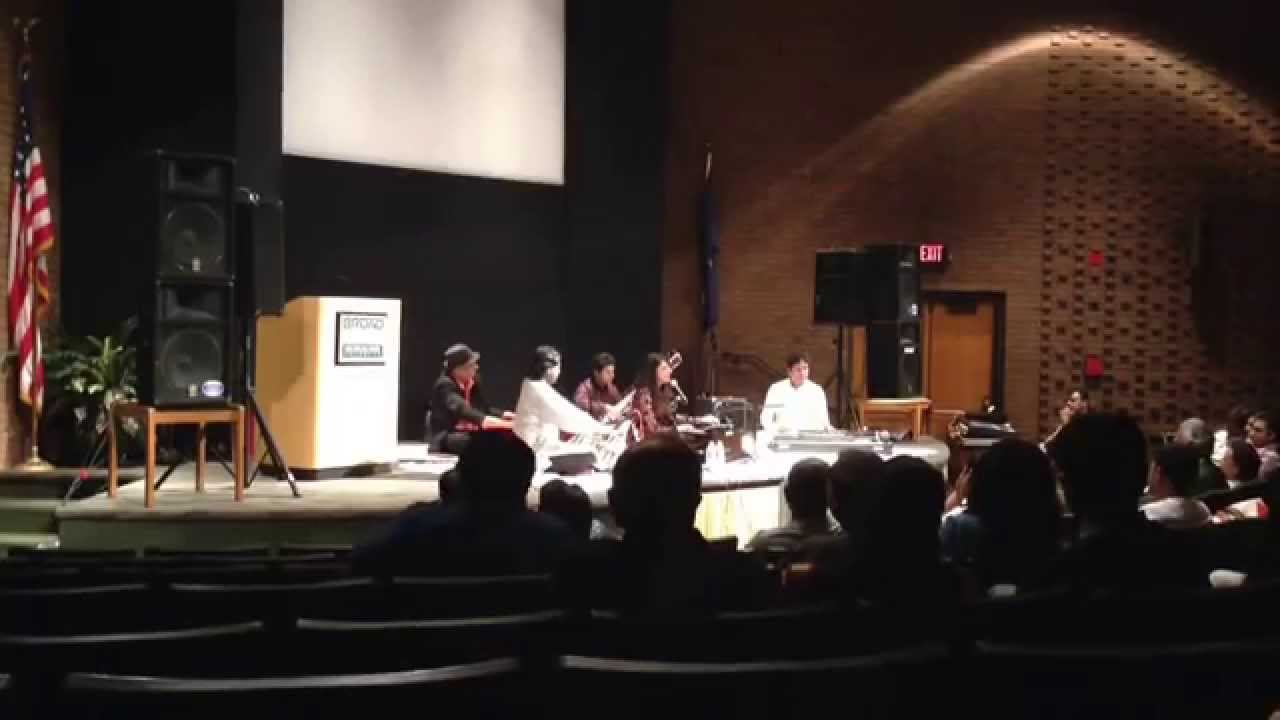 Connected to India: How was the experience working with Ghulam Ali Saheb?
Rasika Shekar: It was great because that was the beginning of my career and most of it I think it was like a dream. I was pinching myself but I feel blessed and fortunate that such an opportunity came to me because you get to learn a lot and just by watching him is also a learning. How he connects with the world and audience, and he is the ghazal legend. He also such a beautiful human being that it was really nice to see that side of him. 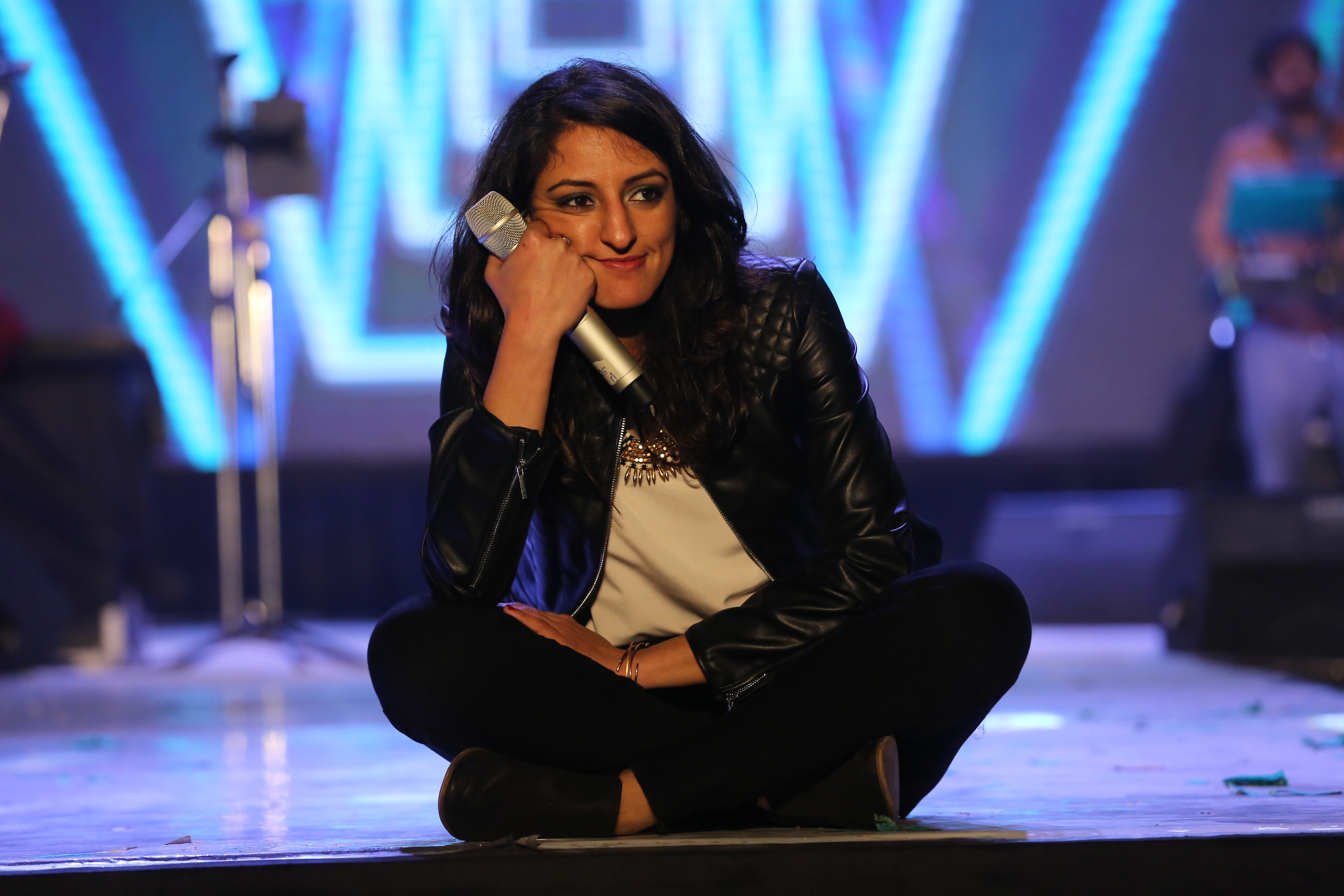 Connected to India: Being in a pop cultured country, how you got into Hindustani and Carnatic music?
Rasika Shekar: I have been learning Carnatic music ever since I was a young child and I started learning the flute when I was 13. Carnatic music has been there in the family as my grandmother plays it and my mother plays The Veena. It was one of those things I was trained not to think that I need to become a professional musician but it was important to know our art and culture, that’s why I started learning Carnatic music. After I discovered ghazals, I resonated more with the concepts of raga, khyal singing and bandishes, the whole Hindustani part of singing. So I would listen to hours and hours of Ustad Rashid Khan Saheb on Youtube. That’s how I started learning of it. Then after that, I went to India to learn Hindustani music from a guru.

There are so many different forms of music that happen in the US. We had a strong community that was into indie classical music. That was very encouraging at that point of time. People are very dedicated to Indian classical music in the US which is very good and helpful.

Connected to India: How did you choose the flute?
Rasika Shekar: It’s a funny story. The first time I saw a flute was on my balcony. It was an old flute and nobody knew how it was there. That was the first time I picked it up and was trying to play it. I moved to the US when I was 12, and we were lucky to find a teacher who was living close by and who was teaching Carnatic flute. I must thank my mom for asking me to learn. I was just 12 I said yes, I thought it would be something interesting to do. I really enjoyed learning the flute. 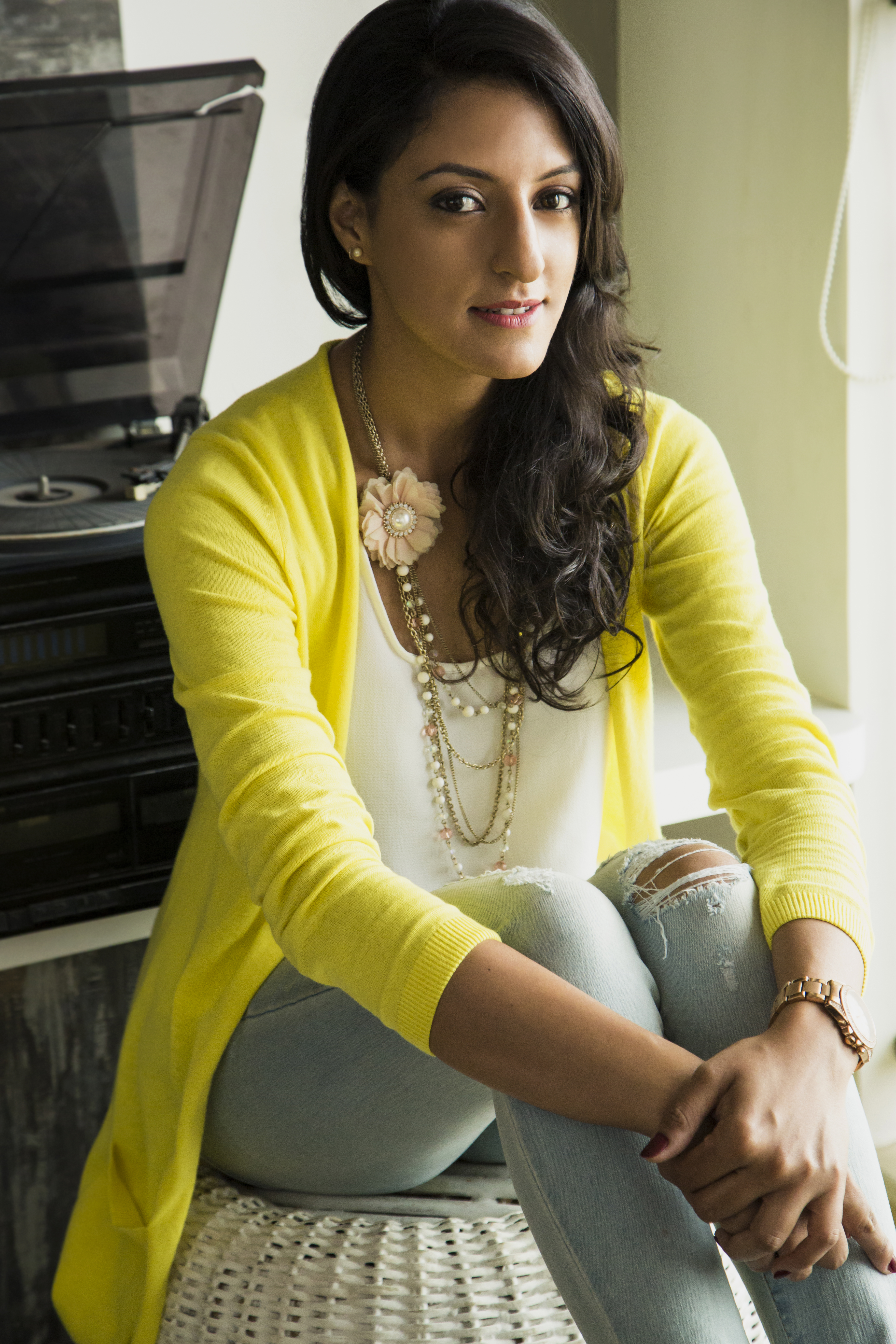 Connected to India: So is it like your dream performance?
Rasika Shekar: I don’t have one thing as a dream performance. Every performance is special because fortunately, I am doing different things every now and then. But it would be awesome if I somehow put everything together and present it in my own way, the way I see it. 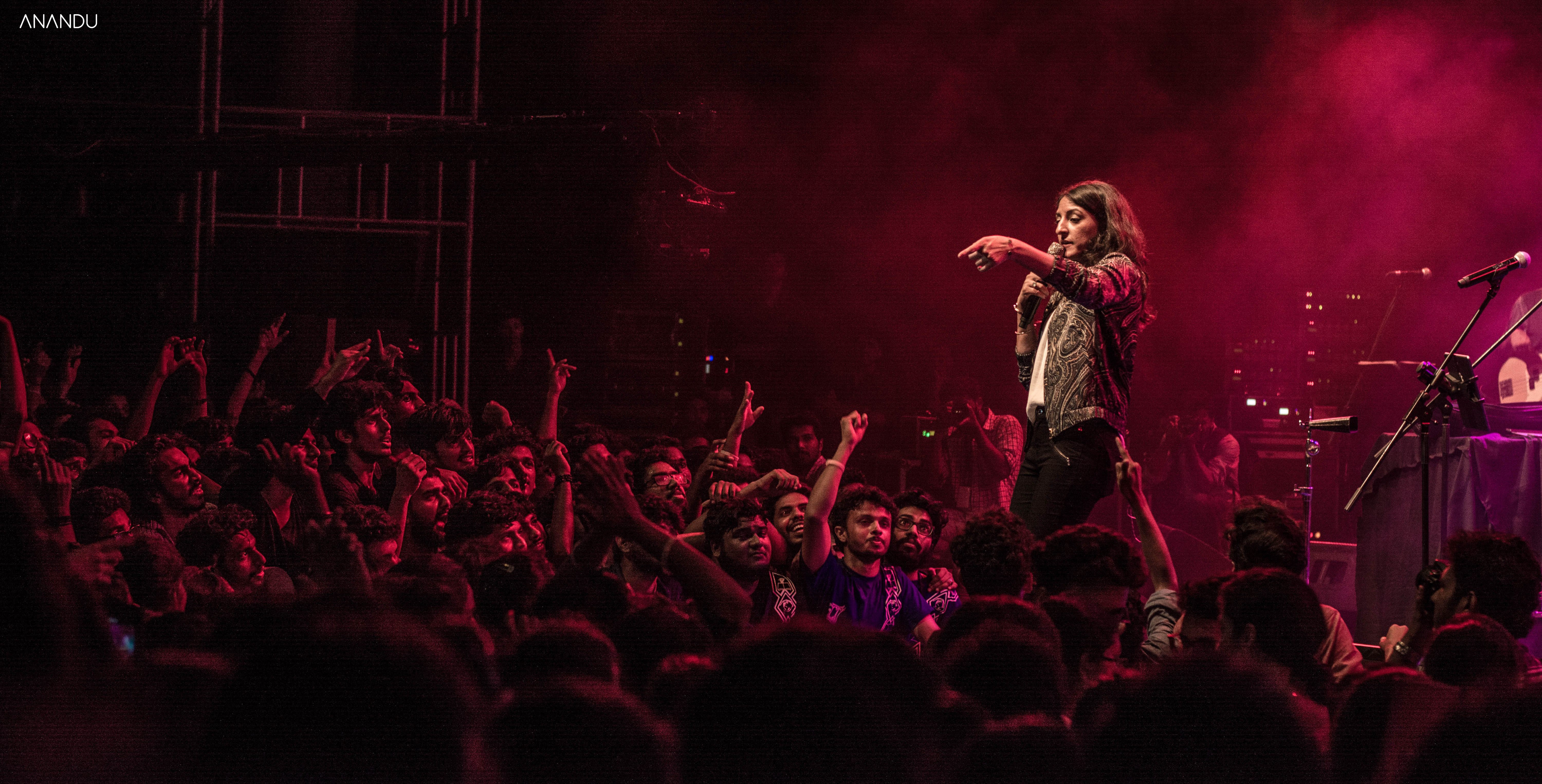 Connected to India: Who is your idol in the music industry who you admire?
Rasika Shekar: Of course Shankar Mahadevan ji because I, fortunately, worked with him extensively. And Ehsaan and Loy as well because I have toured with them and I feel they have been my mentors in so many different ways. So I really admire them. Not just as genius artistes or musicians but they are amazing people. I am inspired what they have brought to Bollywood itself. I’m thankful to them and very inspired. They are like my role models.

Connected to India: Your message for young music aspirants who are trying hands at fusion.
Rasika Shekar: I think ultimately you really should enjoy what you are doing. I would encourage everyone listens to all kinds of music as much as possible. Just open your ears to so many different types of music we have because we have access to all these types of music which is great, and just explore everything because you never know what really will strike you or what you feel connected to.

Connected to India: What are your upcoming projects?
Rasika Shekar: I have just finished a performance in New York with a very well-known guitarist who plays with AR Rahman. I have got some recordings here in New York then I am coming to Mumbai to for some private performances. I am just working to put all line and composing. Just working on different things.

Singapore! Here we come! Looking forward to sharing music with these beautiful artists and all you guys :) https://t.co/9fiHCspnUC 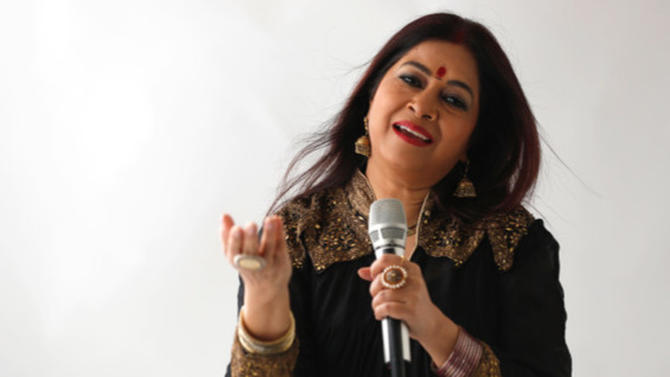