Aamir Khan fulfilled his promise of visiting Singapore, made on August 2 via a media video conference. Star of the multi-million dollar hit Dangal visited the island nation on October 2 and made a huge impact.

In town to promote his next movie, Secret Superstar, which hits the big screen on Deepavali, October 18, Aamir was joined by Advait Chandan, the director of the film. 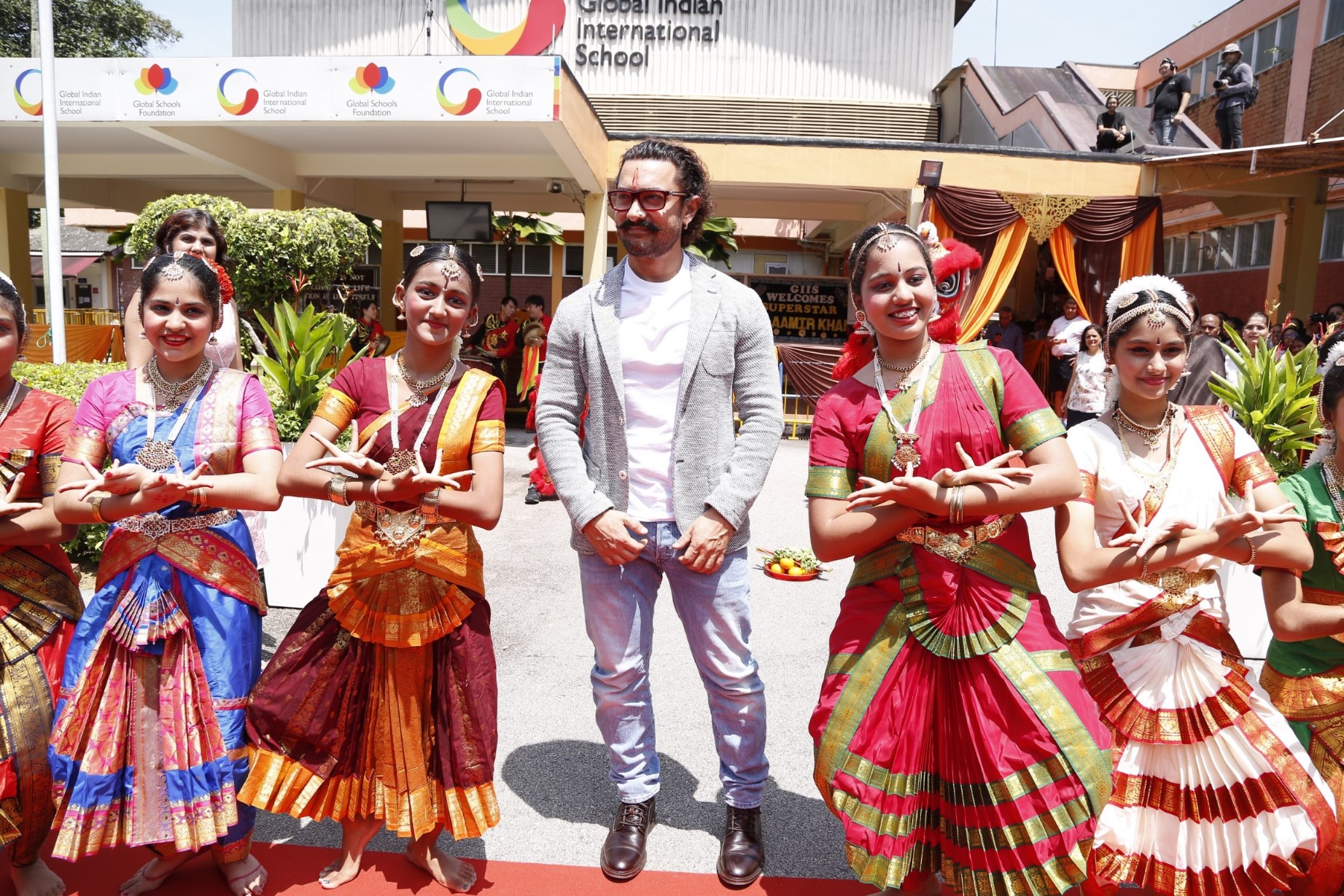 In addition to holding a press conference and a consumer event during his visit, Aamir Khan visited the Global Indian International School (GIIS) as a part of the GIIS Leadership Lecture Series. The actor's clear advice to school kids was to discover their hidden talent and live their dreams without compromise. 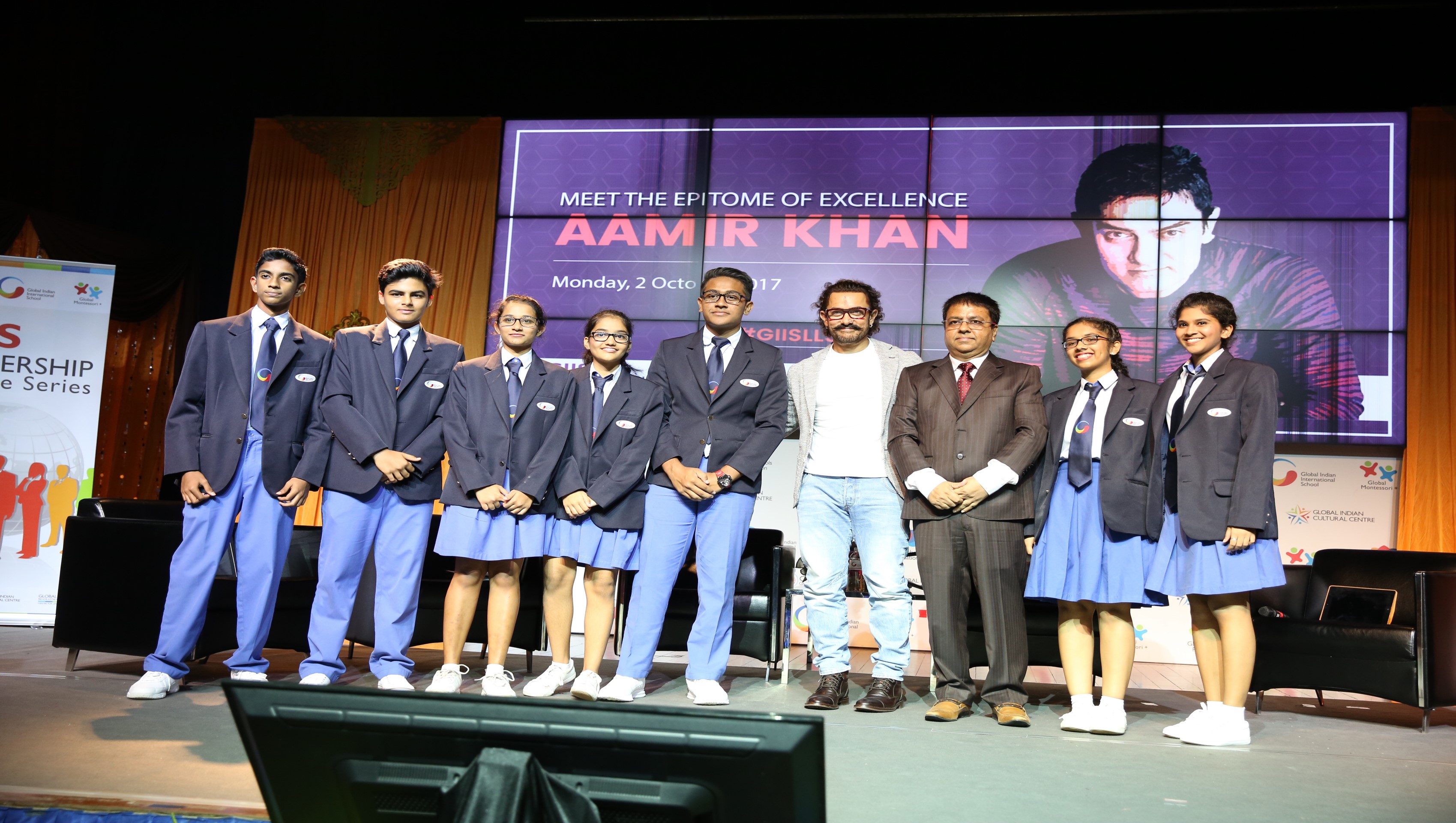 Aamir, who also launched the trailer of Secret Superstar in Singapore, shared his personal experiences during his school days, the teachers who inspired him and his experiences of working with budding child actors. He went on to share with the young audience about how sports have shaped him to be the person who he is today, helping him to learn how to deal with success as well as failure, and also instilling passion and focus in him as a young child.

Aamir also shared his most fulfilling achievements - The ‘Paani Foundation’ which is a not-for-profit company set up by him and wife Kiran Rao in early 2016 in order to work towards creating a drought-free Maharashtra, and the show Satyamev Jayate which broke social barriers when he addressed topics of female foeticide, child sex abuse, medical malpractice and more. Dr Justice CS Dharmadhikari - Co-Founder and Patron Global Schools Foundation, was invited on Satyamev Jayate to share his views on the subject of untouchability and casteism in India. 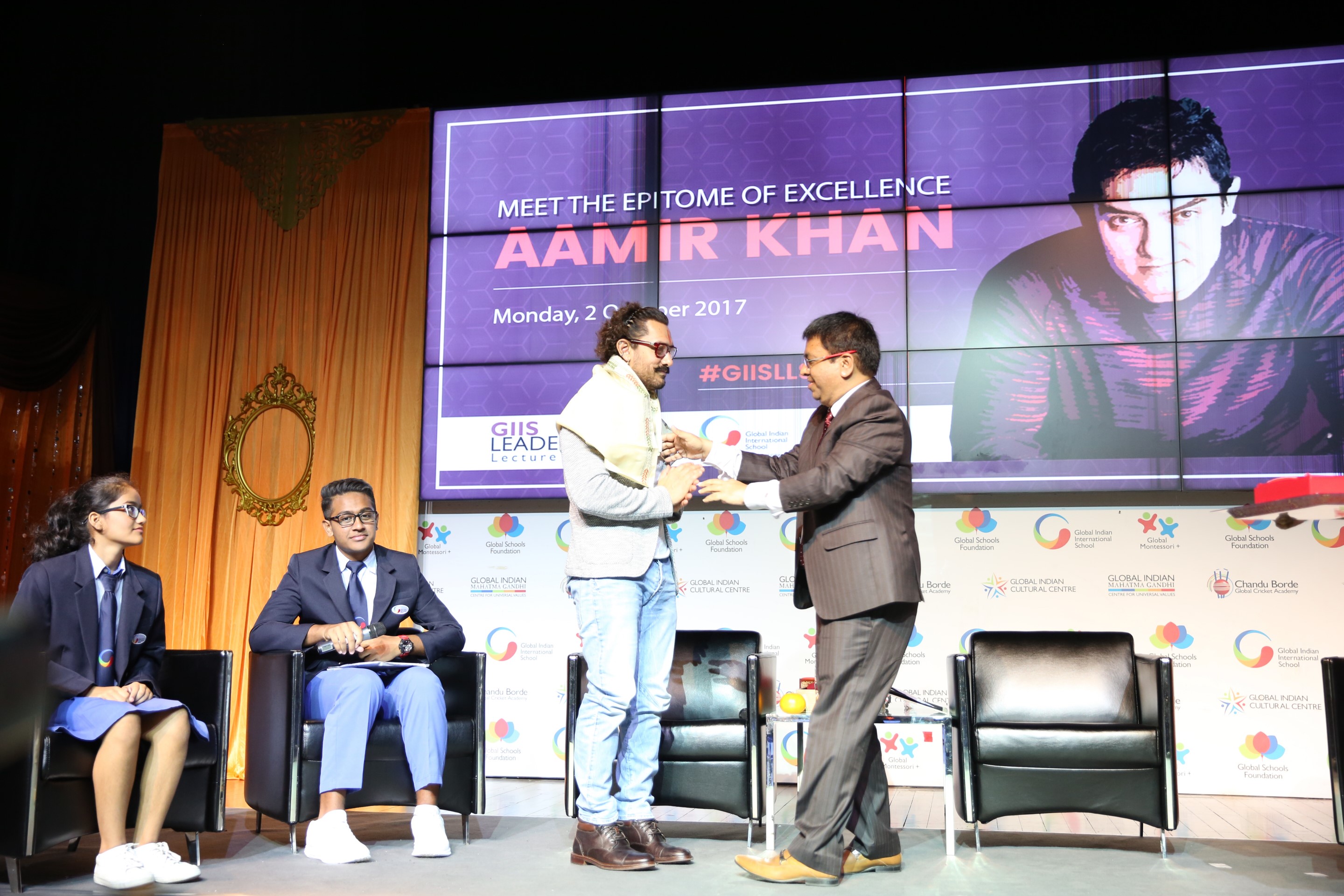 Listed in Times Magazine as one of the '100 Most Influential People In The World', the actor said that he chooses movies with stories that excite him like Dangal, Lagaan, Taare Zameen Par as well as his latest movie, Secret Superstar.  Aamir also shared an insight that while the dubbed version of Dangal (Shuai Jiao Ba Baba) did very well in China he realized that emotions that bring people together are universally the same be in China or India.

More than 1,000 students from GIIS schools across 7 countries - Japan, UAE, Malaysia, Vietnam, Thailand, India and Singapore participated in the event through a live internet broadcast and were inspired to discover their ‘secret talents’.

Appetite for Hindi movies in Singapore continues to grow. Movies like Shah Rukh Khan's Dilwale are said to have made over a million dollars in the country. This is likely to start a trend of Indian production houses including Singapore as a city, considering the countries proximity to India, in their marketing promotions road shows.

Clearly Zee Studios International has taken the leap of faith by bringing in Aamir Khan and will hopefully reap the rewards their efforts.