A million-dollar Sikh awareness campaign to inform Americans about Sikhism has increased the positive perception about their religion, according to a recent survey.

PTI was quoted as saying, the month-long ‘We are Sikhs’ ad campaign was launched by the non-profit organisation National Sikh Campaign on April 14 on the occasion of Vaisakhi, a holy day for the community.

The survey was carried out in Fresno, California, where tens of thousands of Sikhs live and where violence towards Sikh Americans has been occurring repeatedly in the past few years, including two deaths in recent months.

Since April, the campaign has been holding grassroots events in Gurdwaras across the US and airing ads and presenting Sikhs as neighbours and proud Americans on CNN & and Fox News nationwide.

The main goal of the USD1.3 million campaign was to get the information out to Americans across the nation about who Sikhs are, their belief in equality, respect for women and all religions and that Sikhism is the fifth largest religion.

The proportion of residents who saw the ads are nearly twice as likely to say they know at least something about Sikhs who live in America (78 per cent) than those who did not see the ads (40 per cent), it said.

As per the survey results, 57 per cent who saw the ads are also more likely to associate a bearded man wearing a turban with Sikhism, while 67 per cent of Fresno residents who saw the Sikh ads believe that Sikhs believe in equality and respect for all people.

And 60 per cent of Fresno residents that saw the Sikhs ad believe Sikhs have American values. 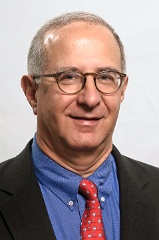 "Despite tense race relations and an extremely polarised political environment, the We Are Sikhs campaign has been able to make headway in creating awareness of Sikh Americans, who can commonly be identified by their turbans and beards," said Geoff Garin, president of Hart Research Associates.

"This effort is a testament to the Sikh community's commitment to reaching out to people of all faiths to help them recognise that we all have shared values, and that is a ray of hope that proves that understanding can bring people of all walks of life together," he said.

In the years since the 9/11 terror attacks, Sikhs remain more likely to be targeted in cases of profiling, bigotry and backlash than the average American.

In July, two Sikh Americans were killed in two separate incidents in one week in California.

In March, a 39-year-old Sikh man was shot in the arm outside his home in Kent, Washington, by a partially-masked gunman who shouted "go back to your own country".