China’s state media Xinhua news agency released a bizarre video that mocked and parodied Indians, escalating the war of words against the backdrop of the tense standoff between China and India's troops in the Himalayas. It was part of a talk show called The Spark.

Titled '7 Sins of India: It’s time for India to confess its seven sins' and complete with misspelt subtitles, the video featured a man with a turban and a fake beard, speaking in a stereotyped fake Indian accent and intonation. 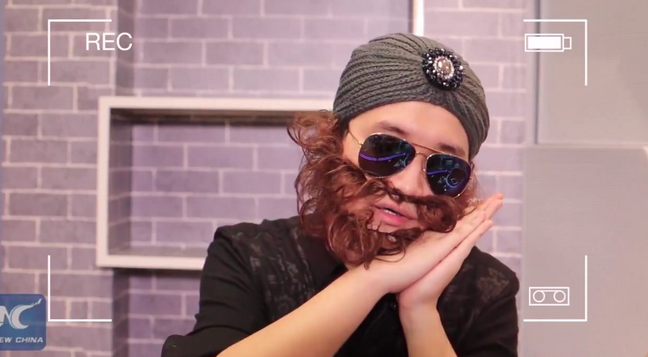 The seven 'sins' that the video accused India of committing are: trespassing, violating a bilateral convention, trampling international law, confusing right and wrong, putting the blame on the victim, hijacking a small neighbour and sticking to a mistake knowingly.

The Doklam border conflict erupted when India opposed China's attempt to extend a border road through the plateau, also known as Donglang in China. It lies at a junction between China, the north-eastern Indian state of Sikkim and Bhutan, and is currently being disputed between Beijing and Thimphu. India supports Bhutan's claim over the territory.

But the "first sin" committed by India, the female presenter said, was that Indian troops had illegally entered China's "undisputed territory" carrying weapons and "driving bulldozers." "What kind of neighbour would that be?" she asked.

The video also claimed that India and the international community had recognised the area as part of China according to "the 1890 Convention between Great Britain and China relating to Sikkim and Tibet". This completely ignores Bhutan and the fact that the territory in question is being claimed by Bhutan. Indian troops were there under a mutual defense agreement.

But as China's standard claims over disputed areas go, the talk show host said that the ancient 1890 Convention was considered "international law," and ridiculed India by saying, "Didn't your mama tell you not to break the law?"

Under the sin of "hijacking a small neighbour," the video suggested that India threatened Bhutan into claiming the territory. The segment then showed the badly-costumed pseudo-Sikh wielding a pair of scissors in the face of a perplexed Bhutan national.

The Twitter community raised the point that China seemed to be having border conflicts with every neighbour, including those who were not directly linked to the country by land.

They have border conflict with each and everyone of their neighbors - Japan, Vietnam, Phil etc etc etc

After watching this I came to know that Chinese ppl don't want to know about facts coz they are happy with their own propaganda..

China netizens fired back accusing India of wanting to devour Bhutan for itself.