The Fukras are back with double the trouble and double the fun in Fukrey Returns! Starring Pulkit Samrat, Varun Sharma, Ali Fazal, Manjot Singh, Richa Chadha, Vishakha Singh and Priya Anand, the film is directed by Mrighdeep Singh, produced by Excel Entertainment and distributed by Zee Studios International. 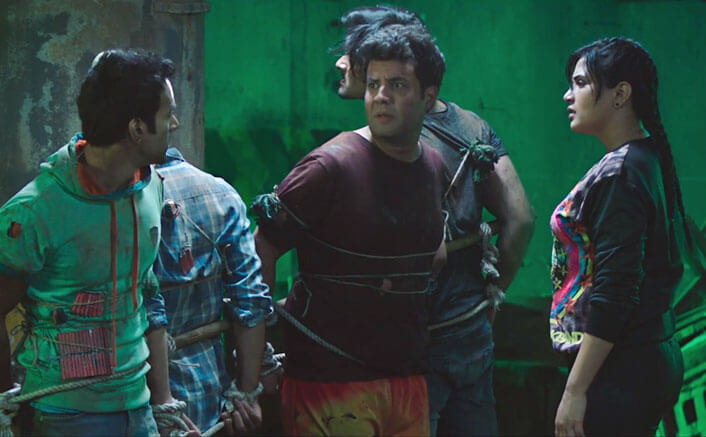 A scene from the movie. Photo courtesy: Excel Movies

Picking up a year after Fukrey ended and having enjoyed the spoils of war they had so audaciously snatched, the Fukras are now at a crossroads with their past, which is about to decide their future. Bent upon a merciless payback, Bholi Punjaban is back and all set to take them on a deadly ride!

Even a city as geographically varied as Delhi is not large enough for the both of them. Unaware of how they’re being manipulated by a certain head honcho, the gang goes on the run again!

Are the four going to play out their cards carefully? Will Choocha's God gifted power come to their rescue? In this furious yet hilarious cat and mouse chase, who will have the last laugh?! You’ll get all the answers when Fukrey Returns releases on December 8, 2017.