Sikhs one of the top targets of hate crimes in US: Community Leaders

Sikhs are one of the top targets of hate crimes and sectarian violence in the US, community leaders have said as they remembered victims of the 2012 mass shooting by a white supremacist that claimed the lives of six Sikhs at a Gurdwara in the Wisconsin city of Oak Creek.

Several eminent Sikh-Americans from across the US, lawmakers, government officials and local leaders participated in prayers held on the weekend to mark the five-year anniversary of the mass shooting.

"We have made commendable efforts to secure our Gurdwara Sahib's all across the country and taken many preventive measures. But Sikhs are still one of the top targets of hate crimes, sectarian violence, and bullying in American schools. In recent years, attacks have rather increased in the manifold," said Gurinder Singh Khalsa, who heads the Sikhs Political Action Committee (Sikh PAC). 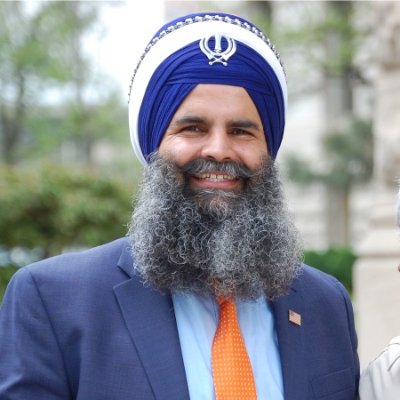 "Hate has no colour. Hate has no face. Yet we all saw hate five years ago," Blahair Dulai, president of the Sikh Temple of Wisconsin, said, addressing the gathering. "When you come together and those hearts and minds connect, the presence of the divine is there and you don't even have to say a word," he added.

Among the speakers yesterday at the Gurdwara was retired Oak Creek Police officer Brian Murphy, who was shot fifteen times before the shooter was brought down.

"When something is stolen from you when the lives were stolen from everyone here, you can't get that back," Murphy said.

On August 5, 2012, six Sikhs were killed and three more were wounded, along with an Oak Creek police officer, when a white supremacist armed with a gun attacked the Oak Creek Sikh Temple in Wisconsin.

On Saturday, the Gurdwara organised a six-mile run. The US Congress House Speaker, Paul Ryan, sent a two-minute video on the occasion. Vanita Gupta, former Assistant Attorney General for Civil Rights was among prominent people to speak on the occasion.