The Indian Navy band has been invited to take part in the Royal Edinburgh Military Tattoo 2017 in the United Kingdom. This will be the maiden participation by Indian military in one of the most spectacular military band shows in the world.

The invitation for the Indian Navy Band to participate and perform in this prestigious event scheduled from Aug 1 to 26 is indeed a matter of pride and befitting recognition of the professional prowess of the Naval band, a statement from the Indian Defence Ministry said.

The participation of the Naval Band would further cement the ties between the two countries, more so, when the Governments of India and the UK have announced 2017 as the India-UK Year of Culture to celebrate cultural ties and the 70th year of Indian independence.

The Indian Navy Band has been practising hard in the last few months to further hone their skills to capture the hearts and minds of the music enthusiasts in this international event. The band comprising one officer and 65 musician sailors would perform under the leadership of Commander Vijay Charles D’Cruz, Director of Music (Navy) who would be the Principal Conductor during the event. The Indian Navy band is scheduled to have departed for London from Mumbai on Sunday.

The Royal Edinburgh Military Tattoo is a renowned event with over 50 bands participating, and nearly 8500 visitors attending the daily performances. A total audience of nearly 2.5 lakh attends the event over the period of 26 days. Apart from India, bands from countries like Australia, France, Germany, Japan, etc, would also be performing at the tattoo this year. 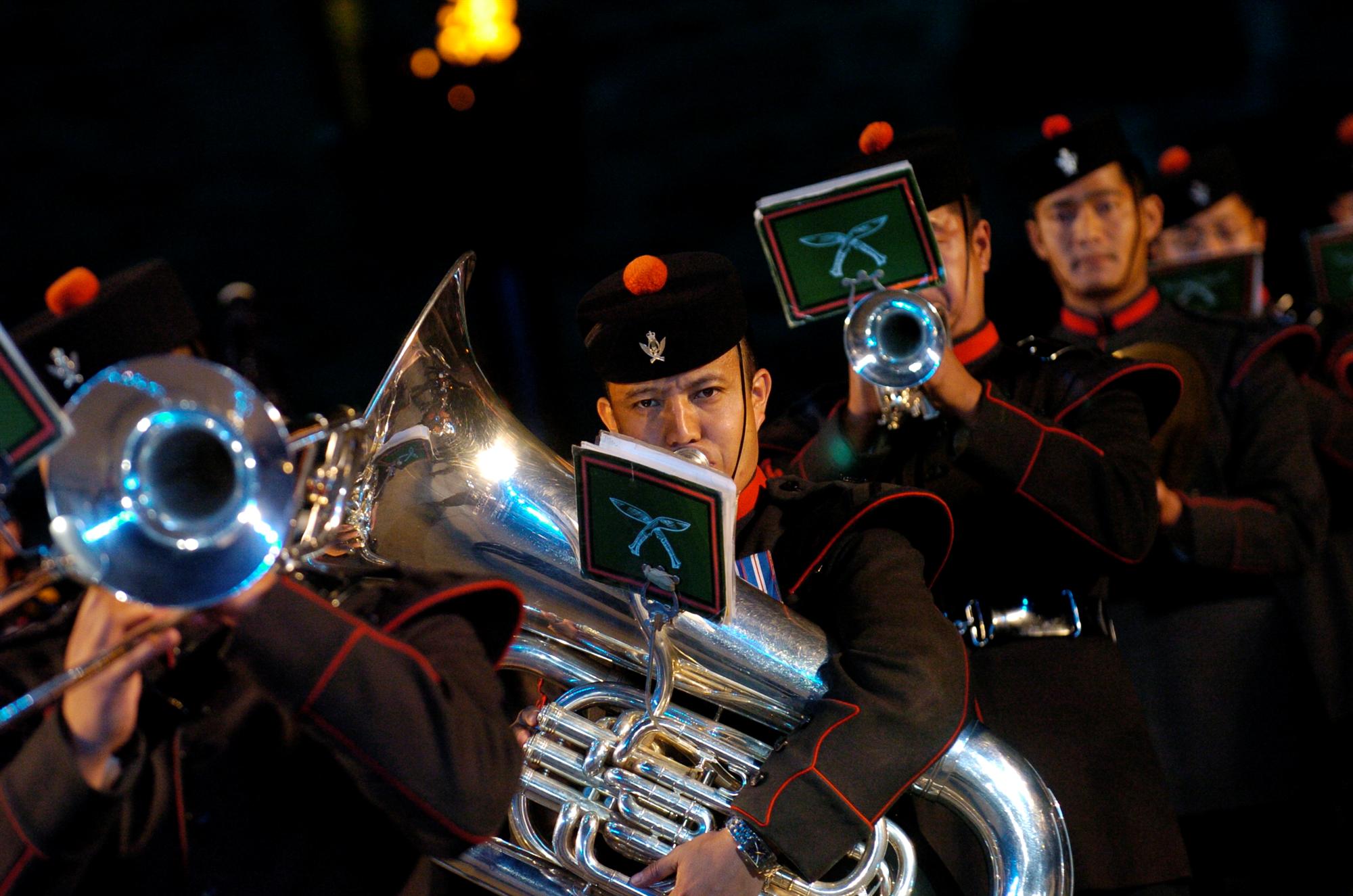 In 2017, The Royal Edinburgh Military Tattoo has embraced a colourful theme, Splash of Tartan, playing host to a stunning array of performers from all points of the compass.

Performers from over 48 countries have taken part in the Tattoo, and around 30 per cent of the 220,000 audiences each year are from overseas.

In addition to this, the Tattoo has been televised in more than 40 countries. An annual television audience of 100 million watches the coverage worldwide.

The international flavour of the Tattoo has been deliberately developed as a key element in its capacity to entertain a huge, cosmopolitan audience.

The Tattoo's unique ability to bring together thousands of people for this annual celebration of music and entertainment continues and the public's appetite for pomp and ceremony shows no sign of diminishing.