For those of you awaiting Raveena Tandon’s latest, here is the latest news for you. The makers of Shab have announced the new release date of the film with a new poster featuring the protagonists of the film. The film will be releasing on July 14.

Starring Raveena Tandon, debutant Ashish Bisht and Arpita Chatterjee in lead roles, Shab is set in the cosmopolitan capital city of India, New Delhi. It is a story of people coming from different walks of life and how their destiny and the city shapes their lives. From what we have seen in the trailer, betrayals, affairs, fashion and sex abound in the flick, with the basic premise being a ‘love square’ as opposed to the usual love triangle.

Ashish Bisht plays an aspiring model who is in a complicated relationship with a fashion patron Sonal (Raveena Tandon) and a coffee shop girl Raina (Arpita Chatterjee). The fourth important character of this story is Simon Frenay, who teaches French and dates Raina.

Directed by Onir, the film has been produced by Sanjay Suri, Bhavna Talwar, Onir and Mohan T Mulani.

Shab, which premiered at the New York Indian Film Festival in May, where it received a positive response from the audience, will now clash at the box office with Ranbir Kapoor and Katrina Kaif's much-awaited film Jagga Jasoos.

"Shab is the first script that I had ever written, almost 13-14 years ago. Interestingly, it was originally written for Raveena and Sanjay, when I had worked with them during the film Daman," news agency PTI quoted Onir as saying. 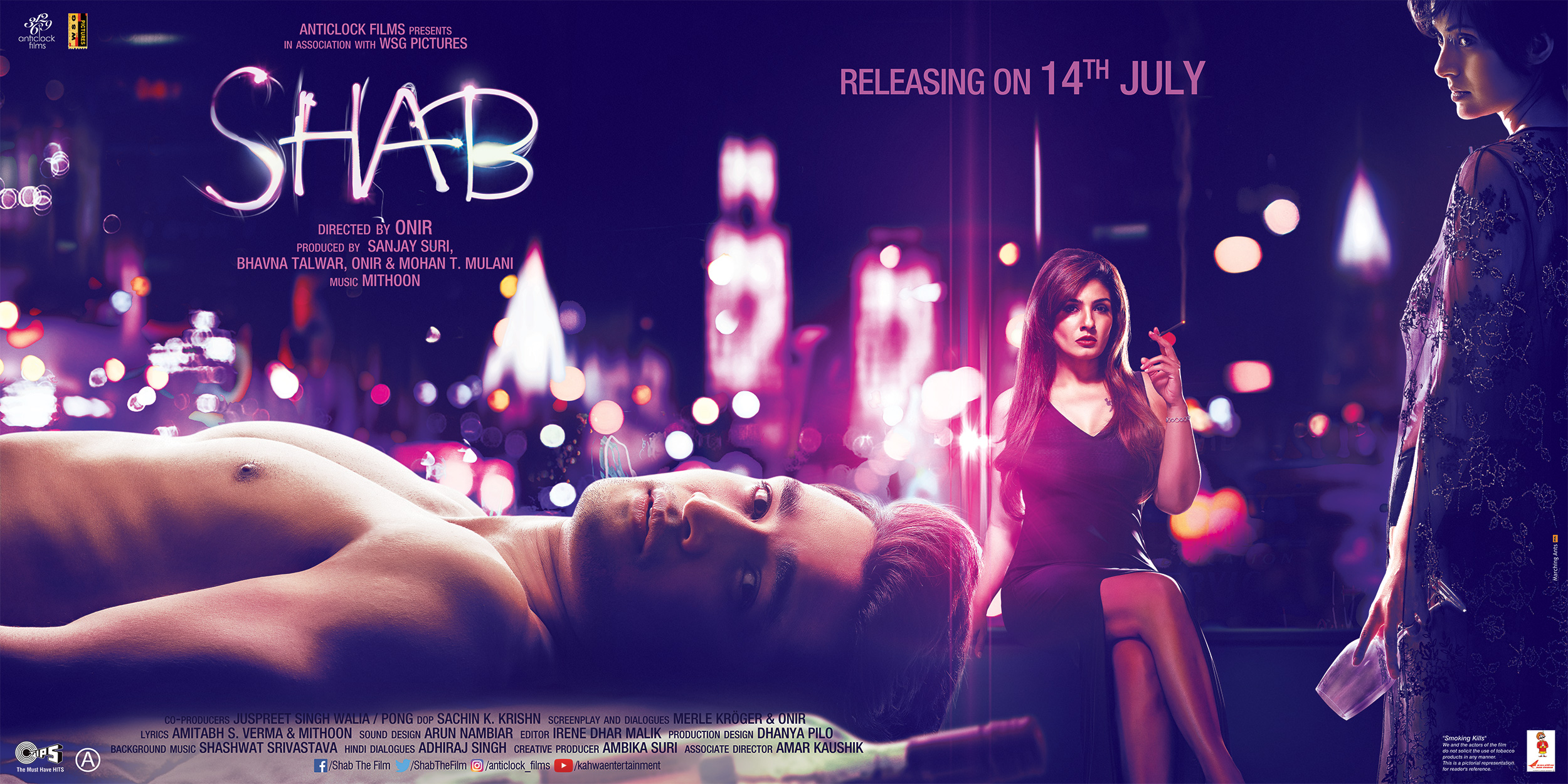