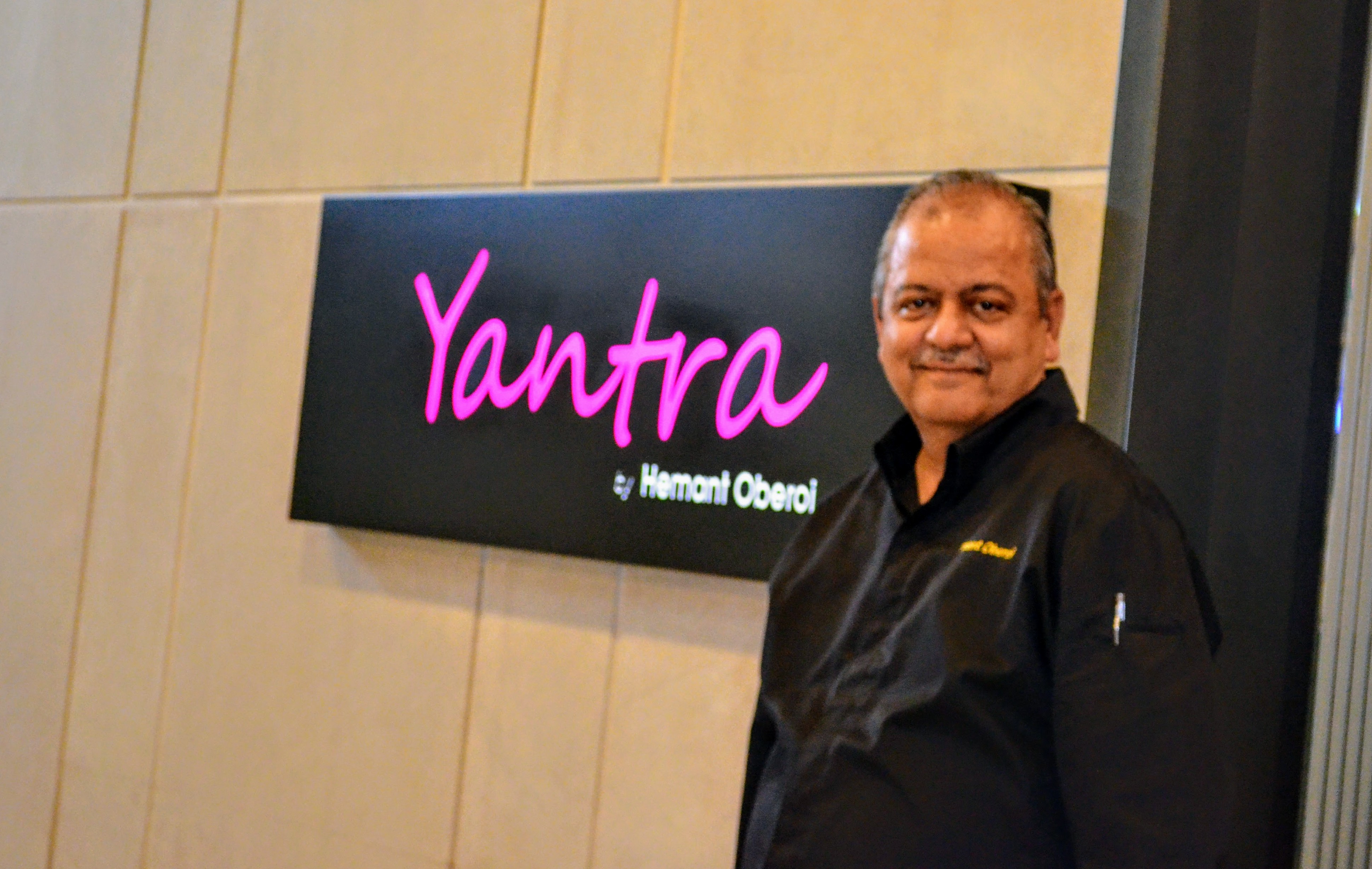 If you get a chance to meet Chef Hemant Oberoi, however last minute, on a Sunday evening, you change your plans and rush to see him. Besides his phenomenal contribution to ushering India into the world of fine dining, it needs to be known widely that he had galvanised his team to provide shelter and food to the guests who were trapped in Taj Mumbai during the 26/11 terrorist attack.

Oberoi spent over 31 years with the Taj Group of Hotels, getting elevated to the position of Grand Executive Chef. He was considered more influential than the corporate executives who ran the hotel chain. During his reign at Taj, he started leading restaurants like Wasabi, Zodiac Grill, Souk, Masala Craft and Blue Ginger. It was Oberoi who introduced Vodka Golgappas to the world in addition to his signature dishes. 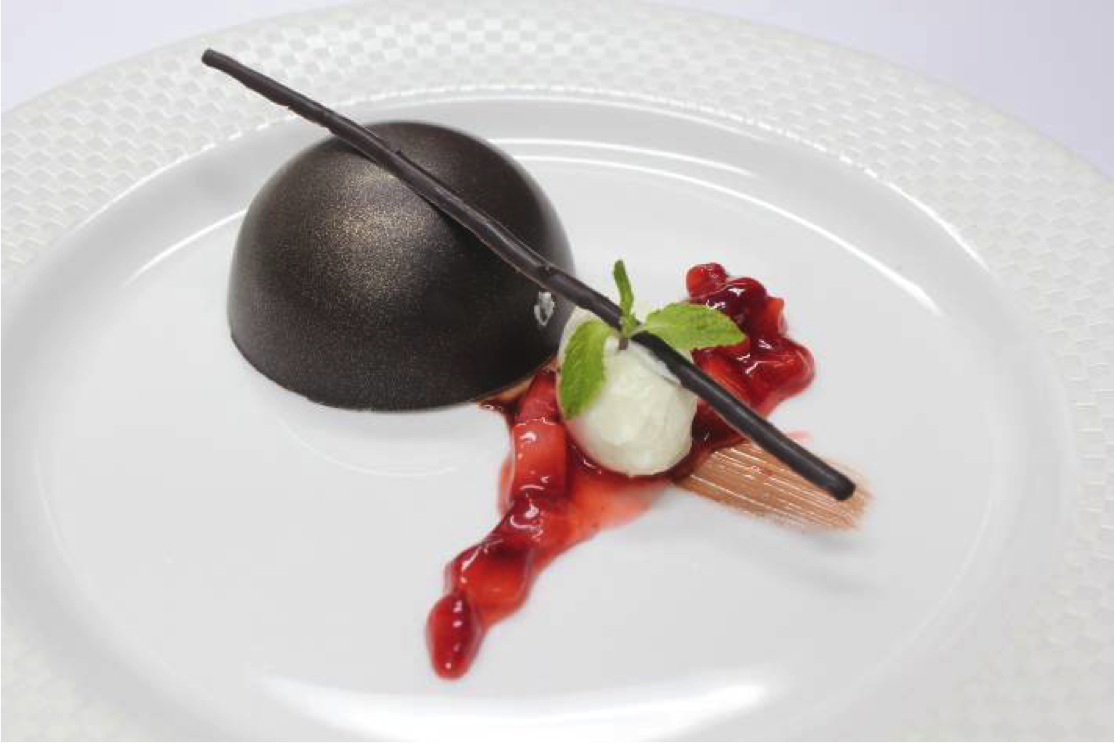 Having turned entrepreneur just a year-and-a-half ago, Oberoi already has three outlets in different parts of the world. The Hemant Oberoi Restaurant in Mumbai, Masala Street in San Diego and Yantra by Hemant Oberoi, here in Singapore.

It does not take long for one to realise Oberoi’s obsession for staying in touch with his craft, “For forty years I have been on top of things by reinventing and rediscovering things around food. I keep thinking about how do I make food more interesting, how to bring forgotten foods back to the mainstream.” says Oberoi.

“I want to bring back the ‘khar’ cuisine, which is food made in earthenware pots. I used to prepare it 25 years back and I will bring it back to Yantra in Singapore along with other forgotten foods like the atta chicken. The last time I got atta chicken back in circulation, I went on a discovery trip to places in Punjab and, interestingly, after I introduced the dish in the Taj it had a revival in the state itself,” he adds, talking about a few of many innovations he wants to bring to Indian food lovers in Singapore.

Yantra by Hemant Oberoi already serves the ‘Ghee roast chicken’ where on one half of the butter paper, patrons can read about the origin of the dish. “Ghee roast was invented when the British ruled us. Spices were taken from the Indian kitchen, mixed with a full roast chicken and the pan’s juices were given as a sauce,” explains Oberoi. 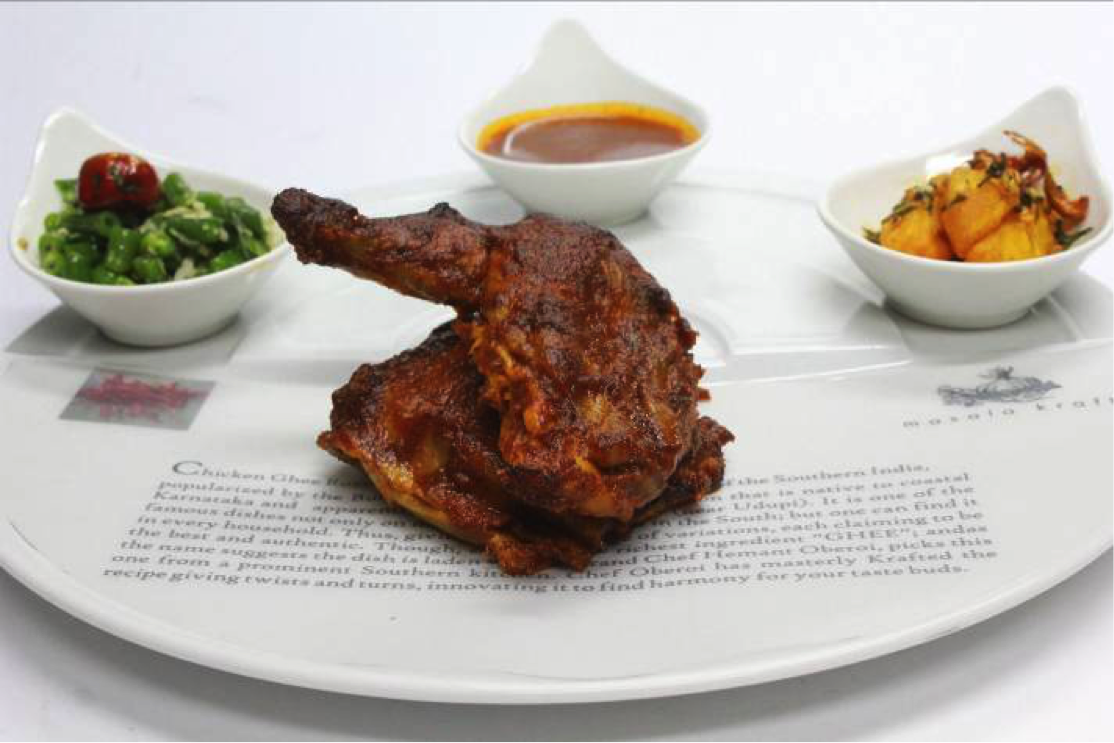 Since its resurrection a year-and-a-half ago, Yantra now bears the name of a man who knew no boundaries before chefs became hot property.

Famously, when he launched Zodiac Grill in Mumbai, he convinced the Taj management not to place a price point and let customers pay on the basis of how much they liked the food. The concept of grilled food was not known in India and the influx of Western guests was on the rise at the time. Fortune favoured the brave and Zodiac Grill went on to become one of the most popular restaurants in India until it closed down towards the end of 2015.

Now that Oberoi is working in the kitchen himself, people flock to the Hemant Oberoi Restaurant to far out Bandra Kurla from South Mumbai. “We are located very well for our Bollywood customers and they have been my patrons for a long time but 60 per cent of my customers come all the way from South Mumbai, everyday,” Oberoi says.

Oberoi is a man with conviction and courage. How else would you explain him daring to serve European cuisine fused with Peruvian and Japanese styles in India? He vouches for the gastronomically advanced Mumbaikars and his conviction of the inevitable popularity of the Peruvian cuisine. “Peruvian food is close to my heart. I was convinced 15 years back that it will hit the world in a big way. In the last 10 years, four out of the top 100 restaurants serve Peruvian fare. I have created vegetarian ceviches, made vegetarian sushis in a different way and I call them Perushis - Peruvian Sushi.”

A few weeks ago, Oberoi organised an Asparagus Week in his Mumbai restaurant coinciding with the time of the year when the quality of asparagus is at its peak in Germany;  the country is known for growing the finest asparagus in the world. The German city of Schwetzingen, which claims to be the ‘Asparagus Capital of the World’, holds an annual Spargelfest that attracts visitors from all over.

“These three weeks you get the best, thickest and most flavourful asparagus. I got the vegetable from Germany and sold 200 portions in one week making Carpaccio and Peruvian grills, which was received very well by vegetarians. People loved it. Gujarati and Marwari clientele was “fida” over the spiciness and the fact that it was so healthy as it was grilled and fat free.” 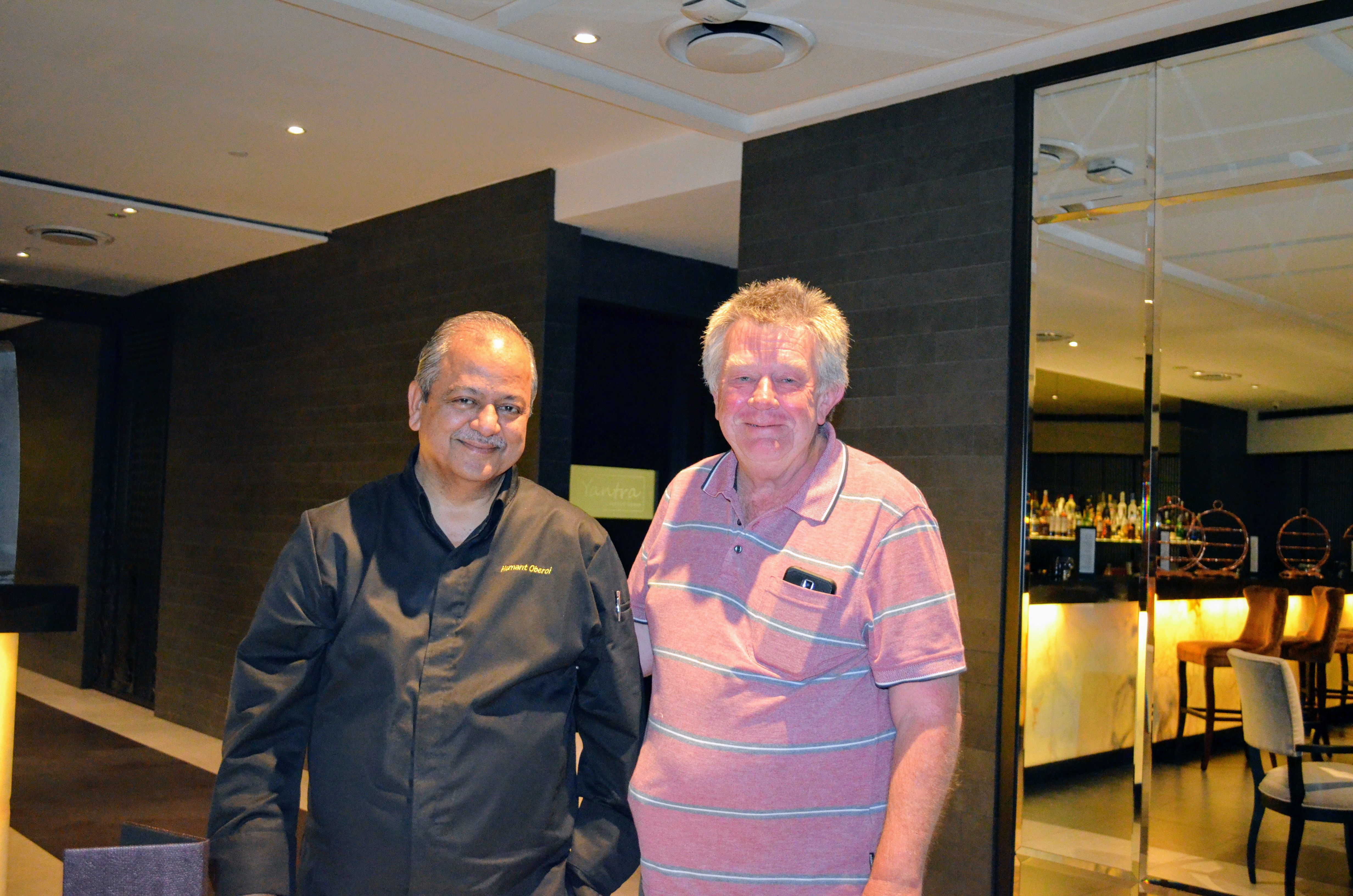 When a happy customer cuts into the conversation to thank and greet chef Hemant Oberoi Photo: Connected to India

Legions of Oberoi’s fans come from across the world and his regulars include Rishi and Neetu Kapoor, Amitabh Bachchan, who celebrated his 44th wedding anniversary at his Mumbai restaurant, Sachin Tendulkar and Karan Johar among others. He has his share of critics but as he says, “the fight between the pen and pan goes on.” Considering the growing popularity of his outlets, clearly Oberoi’s pan is winning.