Jel Singh Nagra, the Indian-origin owner of Singhsbury’s shop in the UK was threatened with legal action by top supermarket chain Sainsbury's, prompting the businessman to change the name to 'Morrisinghs' - a similar sounding name to retail chain Morrisons.

​Nagra, 42, changed the name of his convenience store in West Allotment, North Tyneside, after Sainsbury's said its original name was too similar to its own branding and threatened legal action unless he took down the original sign.

Supermarket chain Morrisons backed the re-naming, with a spokesman for the brand telling the BBC that the retail giant was happy for him to keep the name.

"Mr Nagra and his customers obviously have good taste so we wish him well," he said.

A spokesperson for Sainsbury's said, "We were grateful to Mr Nagra for removing the sign."

"When the first sign went down, the customers kept asking what happened. While I was away on my honeymoon in September 2012, I got a letter saying that Sainsbury's was threatening to take me to court," Nagra was quoted as saying by the Northern Echo. "In the letter they stated how much this would cost. My family saw the letter and took the sign down while I was away because they were so worried. My customers kept saying I should come up with a similar name, so I had to think of something." 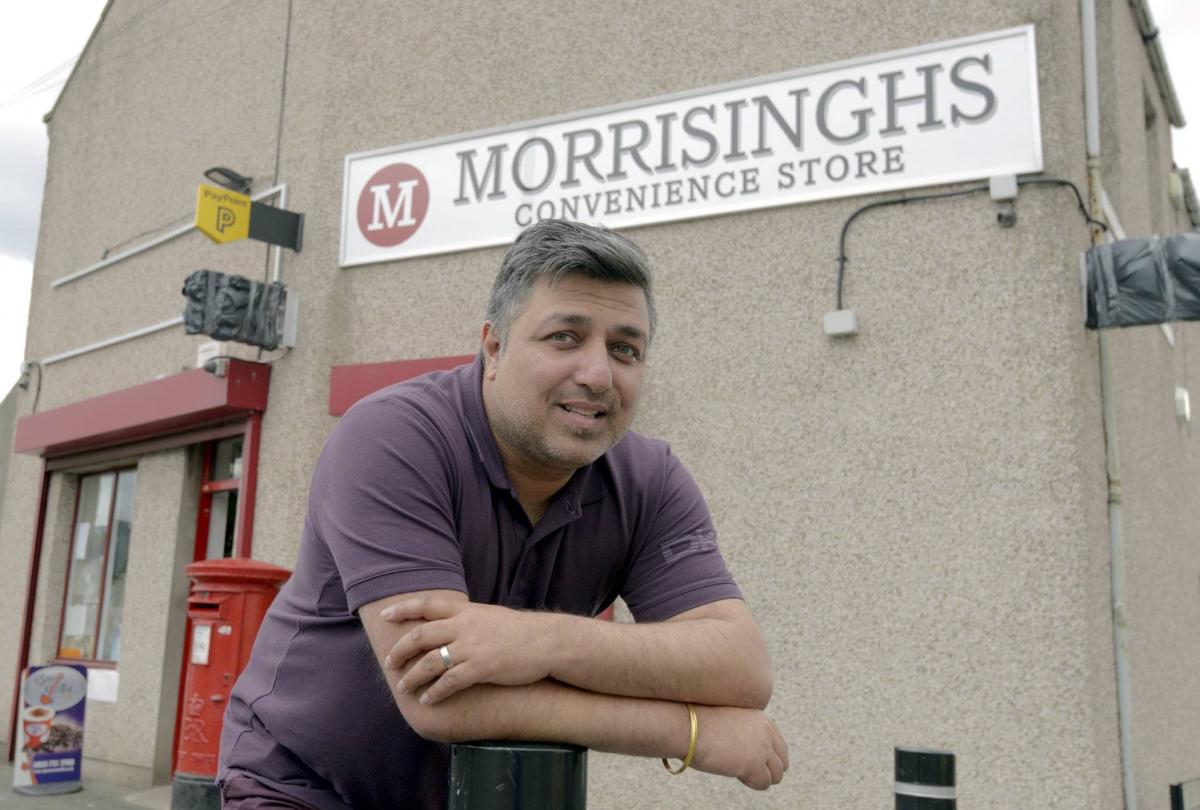 The tongue-in-cheek switch of name took place late last week and since then he claims to have had a lot of support from his regular customers on Tyneside.

"A lot of the customers come in here for the banter more than the actual service. The sign makes us a talking point. They talk about it in the pubs and the clubs and the restaurants," Nagra said.

The shop had already been called Singhsbury's for two years when Nagra took it over from his sister's brother-in-law six years ago.