'China to benefit from Trump-Modi meet'

A leading expert in China has argued that Beijing could be an incidental beneficiary if the US succeeds in nudging India to liberalise its markets and relax curbs on the H1-B visa during the upcoming Trump-Modi summit on June 25 and 26 in Washington.

Writing for Chinese government's mouthpiece Global Times, Qian Feng, the executive director of the Chinese Association for South Asian Studies and  researcher with the National Strategy Institute at Tsinghua University, said, "China is paying close attention to Modi's upcoming US visit, given the commonalities of two South Asian nations with respect to their size of their markets and scale of its people's immigration to the US.”

"US President Donald Trump has put the world on notice that 'America First' is not just campaign rhetoric but an actual policy position," Qian pointed out, noting that the Indian Prime Minister Narendra Modi might face an uphill task in extracting a commitment to relax work visas and resist the  new President's pressure to lift economic protectionism from the Indian markets.

"It will be interesting to see how Indian Prime Minister Narendra Modi's visit to the US will influence the two countries' bilateral economic ties. India-US economic relations have not always been seen as having the same order of magnitude as China's economic ties with the US, and the main reason for this is that India lags behind China in terms of opening up its market to foreign investors...If Trump fights for US firms' interests and persuades India to promise wider opening up during his summit with Modi, China, as a key economic partner of India, will also gain benefits," Qian observed.

"India has sustained a rapid GDP growth since Modi came to power, which has boosted India's confidence and strength as it strives to become a major power. Cooperation with the US will help India expand its influence in international and regional affairs, so the Modi administration will be interested in developing closer ties with Washington. Some US firms are wading into India's fast-growing consumer market but economic protectionism from local authorities is still an obstacle. For instance, US retail giant Walmart sees India as a key growth market but its business in India has been hampered by various restrictions. Trump is likely to raise economic issues, including lifting investment limits and relaxing import and export restrictions, when he meets Modi next week," Qian added. 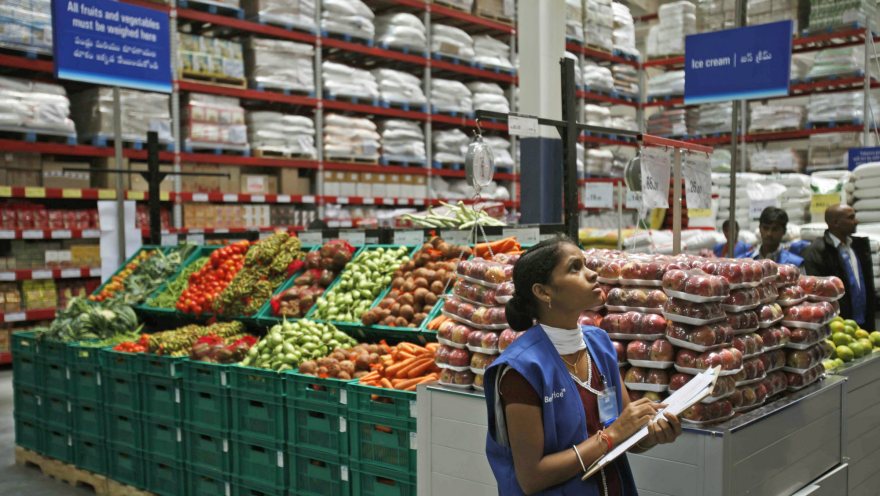 According to him, compared to former PM Manmohan Singh, Manmohan Singh, Modi has adopted a more open mind in reform and opening up. Since he became India's prime minister in 2014, the country has rolled out a series of reform measures, such as the Goods and Services Tax to improve the investment climate. It is possible that Modi may announce further measures in this regard if Trump presses him to do more to allow foreign and Indian companies to be treated equally in the country.

"An improved investment climate will contribute not just to US firms doing business in India, but also to companies from other countries, China including," Qian said, without elaborating why New Delhi will apply the same yardstick to China.

Besides the pressure on opening up, Trump's ‘America First’ rhetoric will bring some other challenges to India-US relations, which are likely to come up in the meeting between Trump and Modi. Chinese people will take a close look at the summit because some of the issues also concern China's interests. For instance, Trump is reforming US immigration policies, including the H1-B visa, a type of visa whose biggest and second-biggest recipients are India and China, respectively.

"The curb on H1-B visas is bad news not only for the Indian IT sector but also Chinese students studying in US universities. China will most likely be willing to express support for India's stance over the H1B visa, and hopefully the problem can get solved during Modi's summit with Trump," Qian noted.

He said some key issues such as the H1-B visa programme and Paris agreement are likely to have a much greater impact on the whole picture of the bilateral ties, and thus the two countries may have more motivation to solve these problems. If the Modi-Trump meeting can make achievements in this regard, other countries like China are also expected to benefit from it.

"China is glad to see India and the US strengthening their economic ties. However, New Delhi's bargaining power in negotiations with Washington is limited, so it is unrealistic for Modi to totally change Trump's attitude toward the H1B visa and Paris agreement. China needs to have a clear anticipation of the summit and be prepared for any eventualities," he observed.