China said it proposed BRICS Plus concept at the just concluded Foreign Ministers meeting to enhance cooperation with various developing nations but ruled out the bloc forming a clique or a military alliance.

Several rounds of dialogues were held with the other developing countries outside the Brazil, Russia, India, China and South Africa (BRICS) bloc during the previous summits, Chinese Foreign Ministry spokesman Geng Shuang told reporters when asked about Beijing’s proposal for BRICS Plus at the Foreign Ministers meeting which was also attended by Minister of State for External Affairs V K Singh. 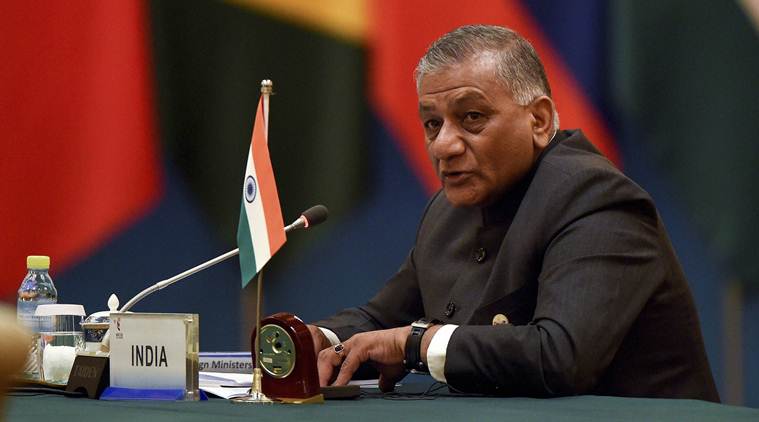 China, which is due to host this year’s BRICS summit in Xiamen city in September, reportedly plans to invite a number of countries.

A Chinese official cited how India invited leaders of the Bay of Bengal Initiative for Multi-Sectoral Technical and Economic Cooperation (BIMSTEC) during last year’s summit. Chinese officials said Beijing, however, is unlikely to invite Pakistan keeping up with the sensitivities of India, a leading member of the BRICS group.

It is not the intention of #BRICS countries to form a "clique" that targets or replaces anyone: FM https://t.co/4lEe7j60gp pic.twitter.com/hpXYTmRg9T

“BRICS cooperation does not intend to form a clique or political and military alliances. They do not intend to target, offset, challenge or replace someone,” Geng said.

During the summit, India asked the BRICS nations to back its efforts in adopting a comprehensive convention on terrorism at the UN to shed the ambiguity about “good” and “bad” terrorists, as the foreign ministers of the bloc forged a consensus on evolving a common strategy to combat the menace.

“Everyone agrees that terrorism is common enemy of mankind. Everybody is fully concerned about threat of terrorism in various manifestations,” Singh said, addressing a joint press conference with Foreign Ministers from the BRICS countries in their first standalone meeting to work out agenda for the Xiamen summit.

“We also ask for expediting the adoption of the comprehensive convention on international terrorism in the UN which has been pending for some time. We have the support of all members of BRICS nations,” he said. Responding to questions over concerns on cross border terrorism from Pakistan, Singh said. “on behalf of India I pointed out that terrorism remains one of the most potent global menaces.”

“We did bring out that it threatens global peace and terrorists cannot be differentiated by calling them good or bad,” he added, without directly referring to China’s efforts to block efforts by India, US and other countries to bring about a UN ban on Jaish-e-Mohammed (JeM) leader Masood Azhar for his involvement in Pathankot terror attack.

Russian Foreign Minister Sergey Lavrov said BRICS countries are united and their understanding of the fight against terrorism. He said there are working groups formed in BRICS to deal with counter-terrorism issues.