SINDA Youth Club (SYC), the youth leadership wing of SINDA organised a three day event, themed ‘Discover the Leader Within’, which was attended by 106 post-secondary students from various institutions. 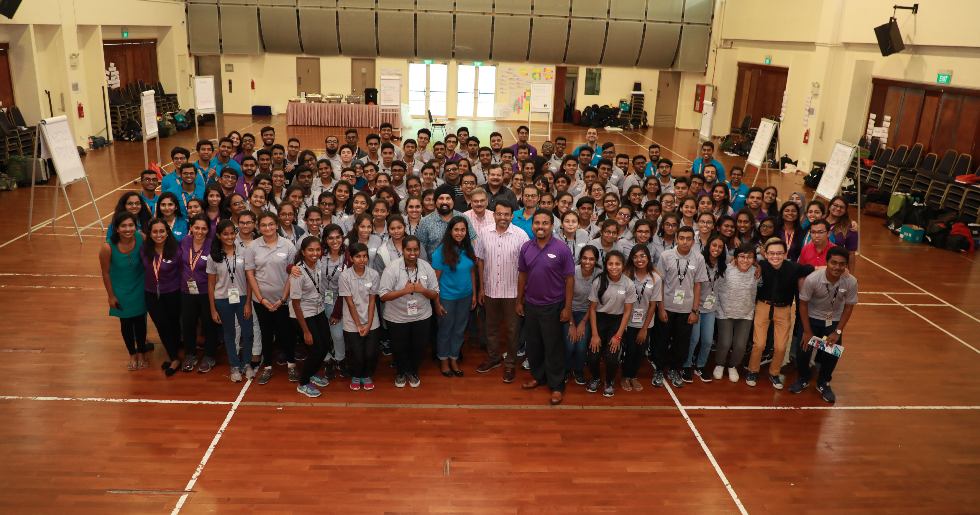 The event held at Prince George’s Park Residence at the National University of Singapore was attended by Ravi Menon the Managing Director of Monetary Authority of Singapore (MAS).

Singapore Indian Development Association (SINDA) the self-help group, which supports members of Indian community for socio-economic upliftment was established in 1991, is known for its active on-ground engagement activities. 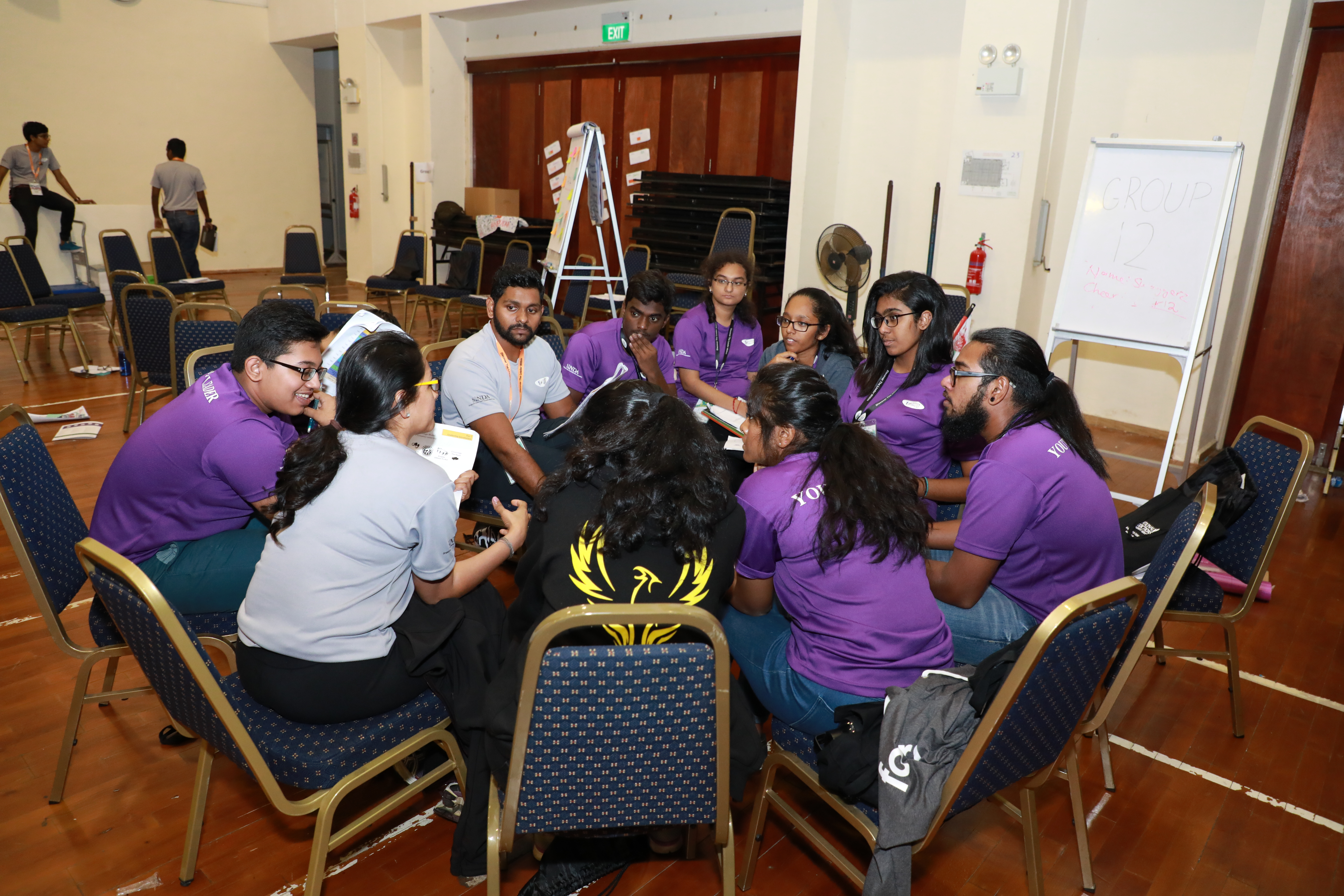 Participants at SYLS having a group discussion. Photo courtesy: SINDA

Leadership summit for the youth is one of the activities under the Youth Leaders Seminar (SYLS) in SINDA’s busy annual calendar.

“While a number of assistance organisations exist at national and community levels, these function more as catalysts for change. Effective changes comes about at an individual level, when it is driven by passionate people who take a keen interest in the issues around them and commit to making a difference," said K Barathan, CEO of SINDA.

"That is why it is important to expose our youth to community and social issues from an early age. As future leaders, we want to start early in getting them thinking about how they can make an impact on the world and solve real-world issues. By making the commitment to be agents of change, I am confident that these youth can venture out and make positive advancements in the community through their actions,” he added. 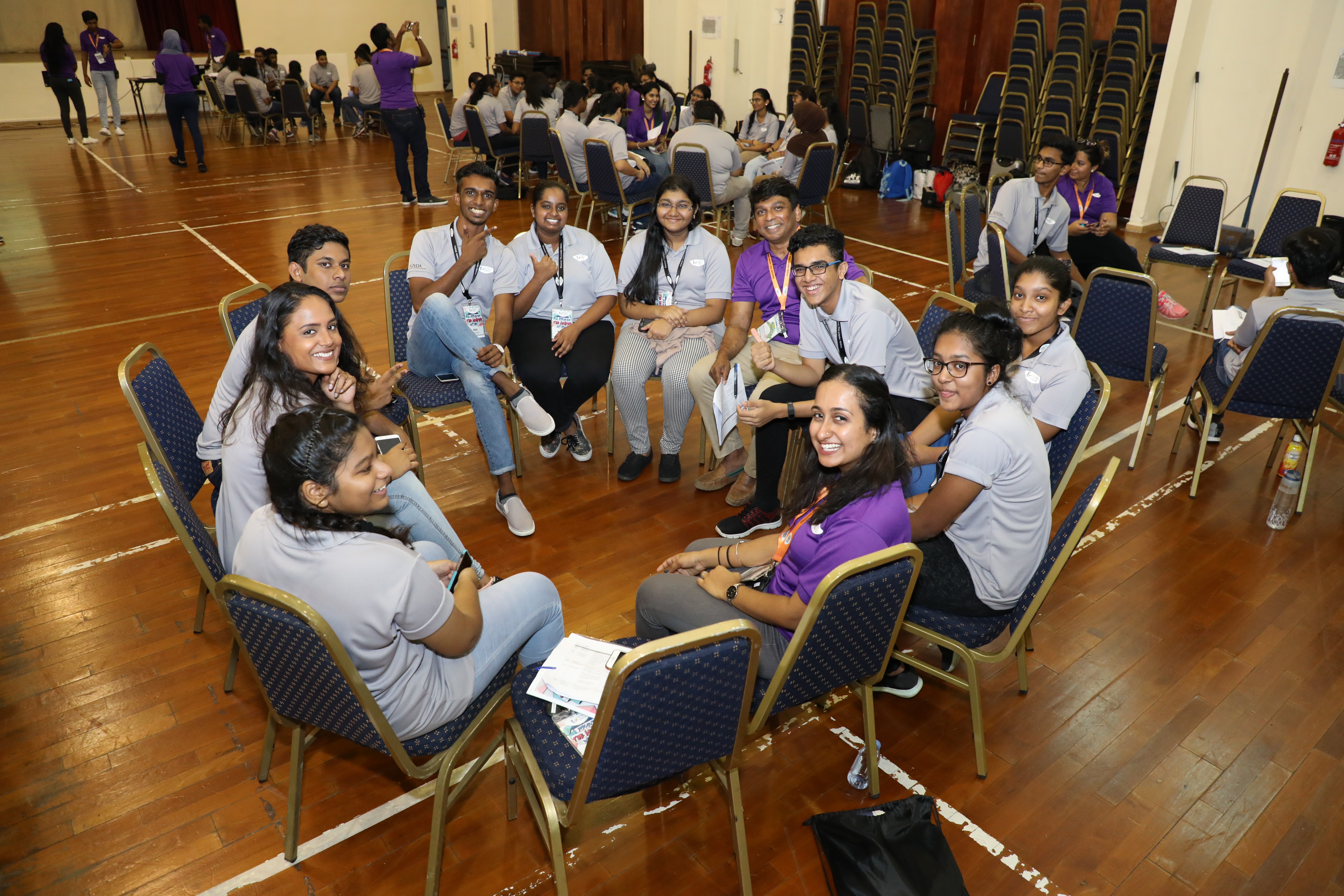 This seventh installation of the seminar was premised on the belief that all youth, when presented with the right opportunities and motivations, could develop into passionate leaders of social change.

Participants were encouraged to embark upon an inner journey of self-discovery to better understand themselves and emerge their potential, before translating this potential into beneficial solutions for social and community issues. This process was augmented by various self-reflective sessions such as the ‘leadership challenge model’ as well as the ‘social emotional learning’.

“Each SYLS has its own unique flavour and this year, we focused on getting each participants to look within and find out more about their capabilities as a leader," said Sarabjeet Singh Shaun, SYC member and co-programme lead for this year's SYLS. "This is an example of how SYLS continues to innovate and push the envelope when it comes to the experience of our participants. In essence, SYLS is a camp by youth for youth, to develop the skill sets and confidence in our participants to be youth leaders.”

A key component of this year’s seminar was the “Advocacy Challenge”. The participants met with non-profit organisations (NPOs) to better acquaint themselves with the different facets of their work and their challenges. They also tried their hands at coming up with practical and creative solutions to aid these NPOs in their work. 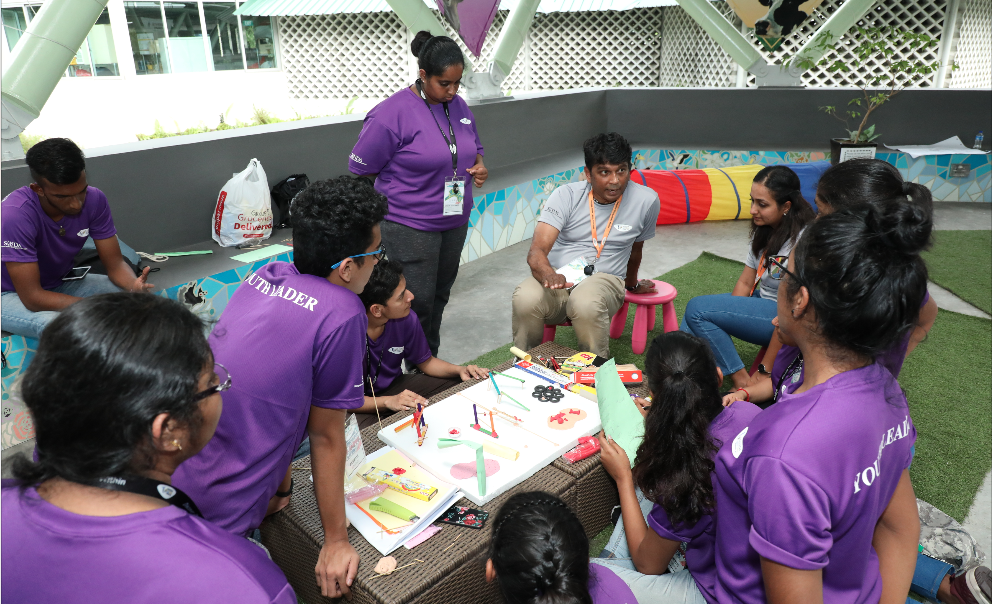 On the last day of the seminar, students presented their reflections on leadership and their solutions to social issues to the closing ceremony’s key speaker, Ravi Menon, Managing Director of Monetary Authority of Singapore (MAS).

“These students have put a lot of thought into the issues they have been told about and took the effort to understand them more deeply. That definitely is commendable as it says a lot about the potential of our youth.” said Menon, after hearing all the project proposals. 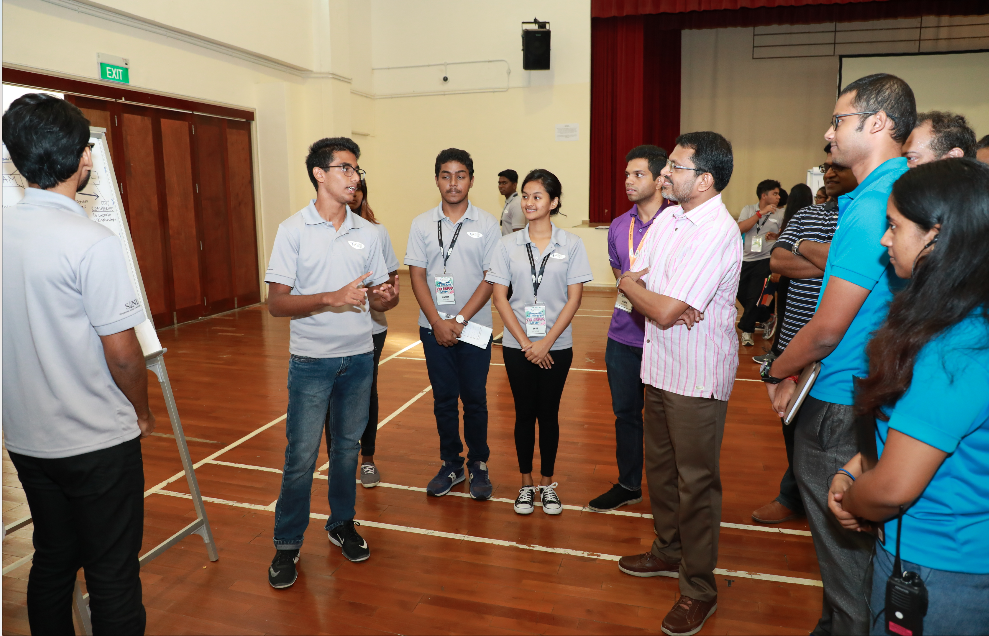 One of the groups presenting to Ravi Menon, Managing Director of Monetary Authority of Singapore (MAS). Photo courtesy: SINDA

He also candidly shared with participants on his leadership journey, the challenges he faced along the way and his thoughts on youth leadership.

He spoke about how the actions of a leader were more important than the position that he or she holds and that was what defined a leader. Bringing out the best in people that one works with is a key trait of a good leader, according to Menon. He maintained that leadership is a service aptitude and it should be cultivated right from the beginning. 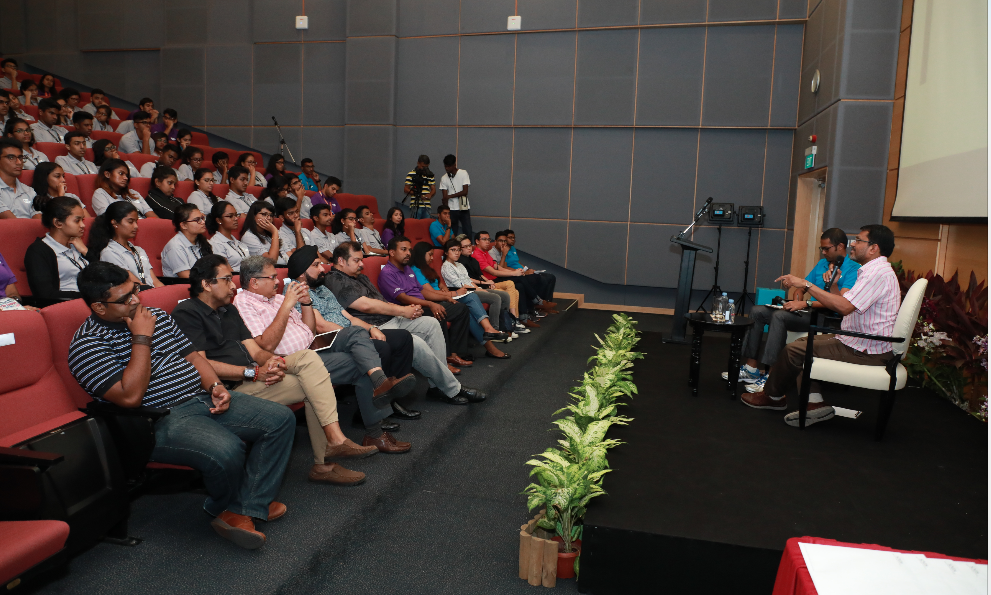 Earlier in the seminar, students also had the opportunity to dialogue with another stalwart of the Indian community, former Minister Mr S Dhanabalan.

These dialogues and real-world exposure to social issues were an eye-opening experience for participants. It had significantly impressed upon them the role of youths in collectively solving community issues.

One of the participants, Emmar Mohamed Aslam, shared: “My inspirations from SYLS 2017 were the important qualities exhibited by influential and successful leaders around the world. The camp was useful in raising my awareness on social issues prevalent in our society that were previously lesser known among the youth in the Indian community. Moreover, Indian youth participating in this camp could learn more about leadership and be better equipped with the necessary skills to be future leaders.”

SYLS 2017 culminated with participants pledging to be more robust agents of change within their own spheres of influence. These pledge cards will be mailed back to them in six months, as a reminder of their commitment.

Participants will also go on to join other SYC programmes later in the year, to further their own development and groom their leadership abilities. Through such programmes, SYC aims to aspire, develop and empower youth leaders to be active agents of change at community and national level.