In the news release, they stated that they were "disturbed by the character, conduct, motives and leadership of their brother, Lee Hsien Loong, and the role of his wife, Ho Ching." They had felt "deeply troubled" by the pursuit of personal agenda by Lee Hsien Loong over the preservation of Lee Kuan Yew's  old estate at 38 Oxley Road. It was Lee Kuan Yew's wish, as stated in his will, that the house be demolished upon his passing.

Both Lee Wei Ling and Lee Hsien Yang are the executors and trustees of Lee Kuan Yew’s estate; Lee Hsien Loong was removed in 2011.

Lee Hsien Yang also said that he had felt compelled to leave the country. Both Lee Wei Ling and Lee Hsien Yang "fear the use of the organs of state against [them] and Hsien Yang’s wife, Suet Fern.”

“We are very sad that we have been pushed to this. We feel hugely uncomfortable and closely monitored in our own country. We do not trust Hsien Loong as a brother or as a leader. We have lost confidence in him,” said the siblings.

Lee Hsien Loong responded with a short Facebook post a few hours later. He denied the allegations and said he was "deeply saddened" by them. The matter will be "considered" further when he returns from his holiday this weekend. 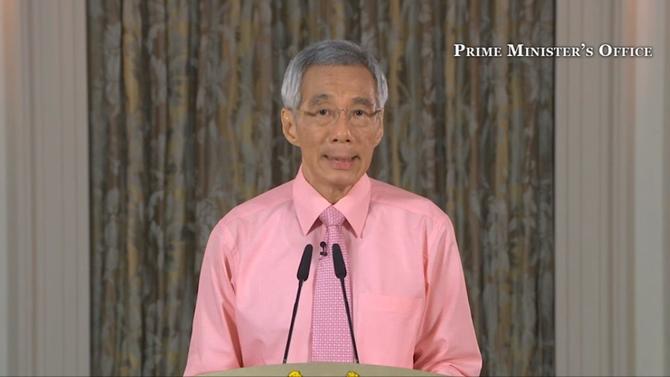 Singapore facing “serious situation” but no plans for a lockdown, says PM Lee in COVID-19 address