US Ambassador to the United Nations (UN) Nikki Haley, who has accused the UN of anti-Israel bias, will travel to Israel next week and deliver an address to the UN Human Rights Council in Geneva. 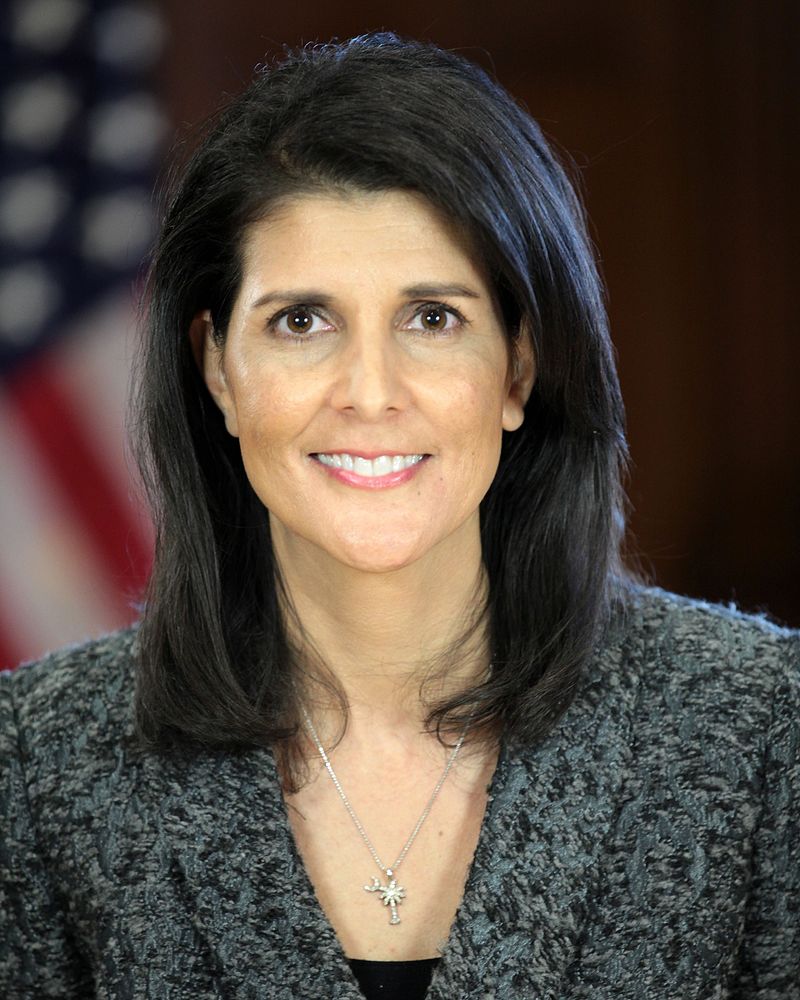 Indian-origin Haley will be the first US ambassador to address the rights council, speaking at a session on June 6 that will be followed by a speech on the US role at the council, the US mission said yesterday.

The former governor of South Carolina has criticised the UN rights body as “corrupt” and the US administration has been weighing a withdrawal from the council. “We haven’t made a decision yet,” Haley told reporters when asked if the United States would quit the council. Haley said she would discuss possible reforms at the council and “then we will make a decision after that”.

From June 7 to 9, Haley will hold meetings with Israeli and Palestinian leaders during her visit to Israel and visit a UN peacekeeping mission in the region. Haley said she was hoping to meet with Israeli Prime Minister Benjamin Netanyahu and Palestinian president Mahmud Abbas, but that these meetings had yet to be confirmed.

Haley has won applause from the Israeli government for pledging to stand up to what she has termed “Israel-bashing” at the UN. She has condemned a Security Council resolution demanding that Israel halt the expansion of Jewish settlements on occupied Palestinian land as a “terrible mistake.” The resolution was adopted after the former US administration refused to use its veto to block the measure and instead abstained. Countries with questionable human rights records such as China and Saudi Arabia have seats on the UN body.

In Geneva, Haley will also discuss the human rights crisis in Venezuela. It will be her second visit abroad as US ambassador. Last week, she visited Syrian refugee camps in Jordan and Turkey.