'Yoga is embedded in our daily life and routine' 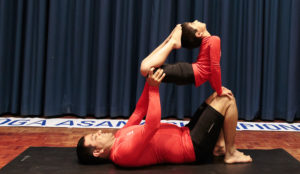 ​Ishwar, a seven-year-old student at St Michael’s Prep School in Otford, Kent, clinched the United Kingdom National Yoga Championship for the second year in a row in April 2017.

The son of Indian-origin Doctor N Vishwanath, Ishwar will now represent Great Britain in the World Yoga Championship to be held in Kathmandu, Nepal in June, 2017.

He became interested in yoga after watching his father practice and was encouraged to join his dad. Connected to India caught up with the father-son duo to ask them about how yoga became such a big part of their lives.

Connected to India (CtoI): Could you walk us through yours and Ishwar’s daily yoga routine and asanas?
Dr Vishwanath: Yoga is embedded in our daily life and routine. We consider our body a temple, and yoga is one of the procedures with which we keep this temple healthy.

We do Surya Namaskara and a variety of asanas in our daily routine for 30 minutes. We try to do yoga for at least one hour on the weekends.

Yoga consists of eight limbs as per Yoga guru Pathanjali, out of which yogasana is only one part of it. So we try to follow the other aspects of yoga in our daily life.

We both practice acroyoga which is a combination of yoga and gymnastics and also artistic yoga which makes it fun and challenging.

CtoI: How did Ishwar get started practising yoga?
Dr Vishwanath: I have been practicing yoga since my childhood; I remember when Ishwar was five years old, he started observing and copying me. Very soon he learnt many postures, catching on like a fish in water and I noticed him doing them extremely well. I started teaching him more and more which helped him reach this stage.

CtoI: How far do you see Ishwar practising yoga, and in what form?
Dr Vishwanath: Ishwar is extremely interested in yoga and we want him to continue lifelong. We wish he can inspire many other children and adults to take up yoga. 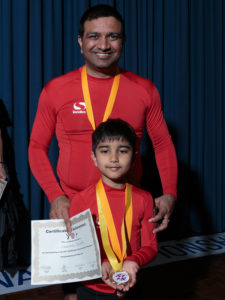 CtoI: Indian Prime Minister Narendra Modi declared International Yoga Day on June 21, 2015. What are your plans for this day and as an overseas Indian citizen could you explain how and why do you feel yoga has become so popular in the UK?
Dr Vishwanath: International Yoga Day is a day where the practice of yoga is propagated to a large number of people. On this day, there are a lot of opportunities to meet people practising yoga, get inspiration to improve physical and mental health.

Last year Ishwar performed live on Zee TV, and in various community programmes inspiring various people. This year, we will be in Nepal representing the UK in the World Yoga Championship in Kathmandu, conducted by the International Sports Council.

The Indian High Commission in London has also recognised Ishwar and asked him to take part in yoga events. Yoga is spreading like wildfire here. People have a variety of reasons for wanting to engage in yoga practice, most typically centred around health, flexibility, physical and emotional wellbeing and spirituality. Yoga has become a part of the mainstream over the past ten years.

Tens of thousands of people have taken up yoga because of the health and toning benefits of this ancient system of exercise and spiritual development. As yoga has become more popular, it has received much more media attention, spawning hundreds of articles on the different approaches to yoga and how it should be practised.

Yoga improves your flexibility, builds muscle strength, perfects your posture, betters your bone health, increases your blood flow and has many other benefits. 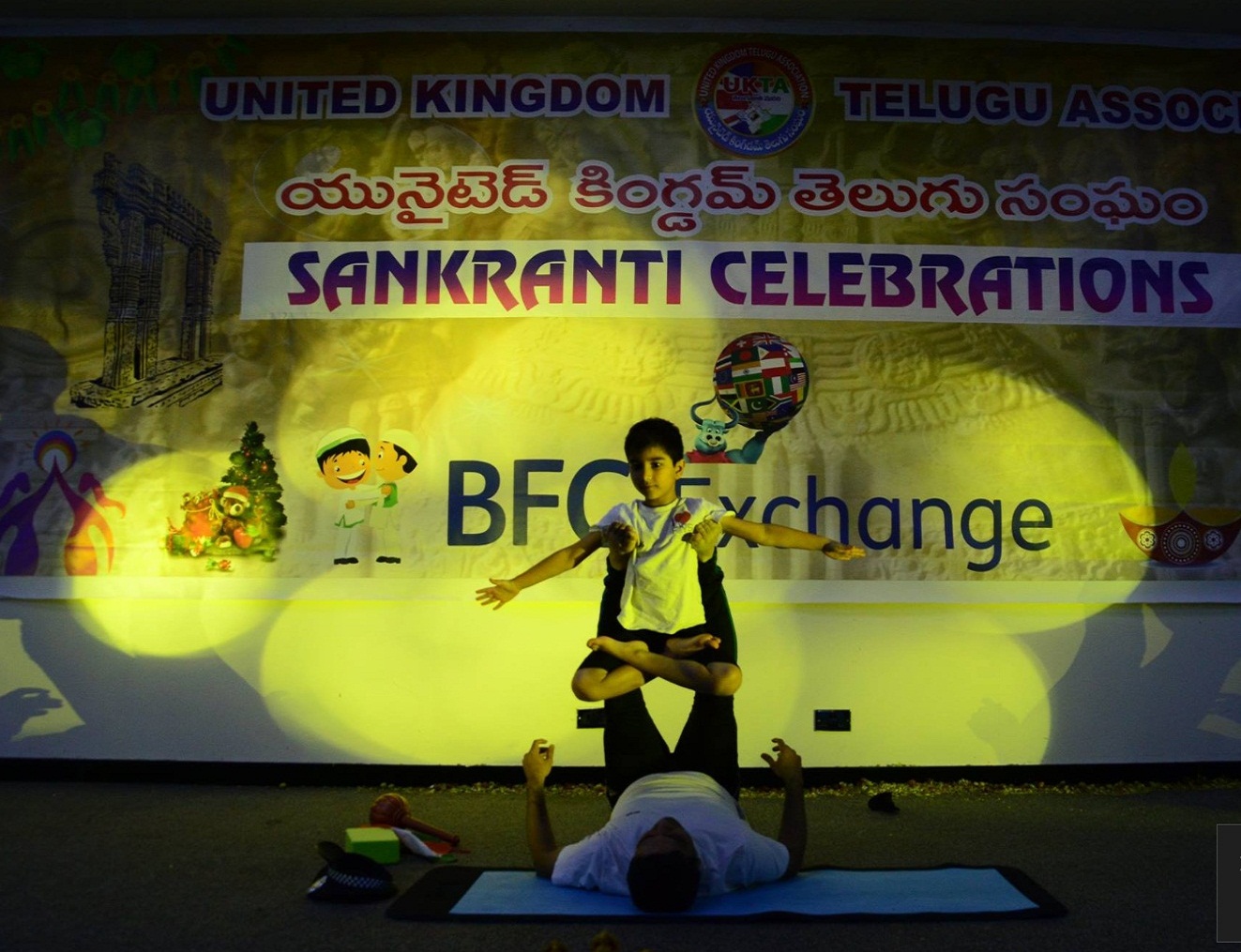 Ishwar started learning yoga from when he was five years old.

CtoI: As a doctor, you are clearer about the health benefits of yoga than most. Could you elaborate on a few of them?
Dr Vishwanath: As a doctor, I have studied Anatomy and the Physiology of the human body, so I can see and relate how yoga is helpful In keeping our bodies healthy. It is amazing that what they had invented these postures thousands of years ago is of immense benefit even today.

​CtoI: Ishwar, tell us what you find most fun about doing yoga.
Ishwar: Yoga teaches about nature and harmony. In yoga, various poses are of animals and birds which are very fun to do.

CtoI: Which is your favourite asana?
Ishwar: Vrushchikasana (scorpion pose). I am learning Gandaberundaasana.

CtoI: Which competition victory did you enjoy the most?
Ishwar: I enjoyed winning the UK National Yoga Championship for the second time. I am looking forward and preparing for the World Yoga Championship in Kathmandu, where I am participating in various events. 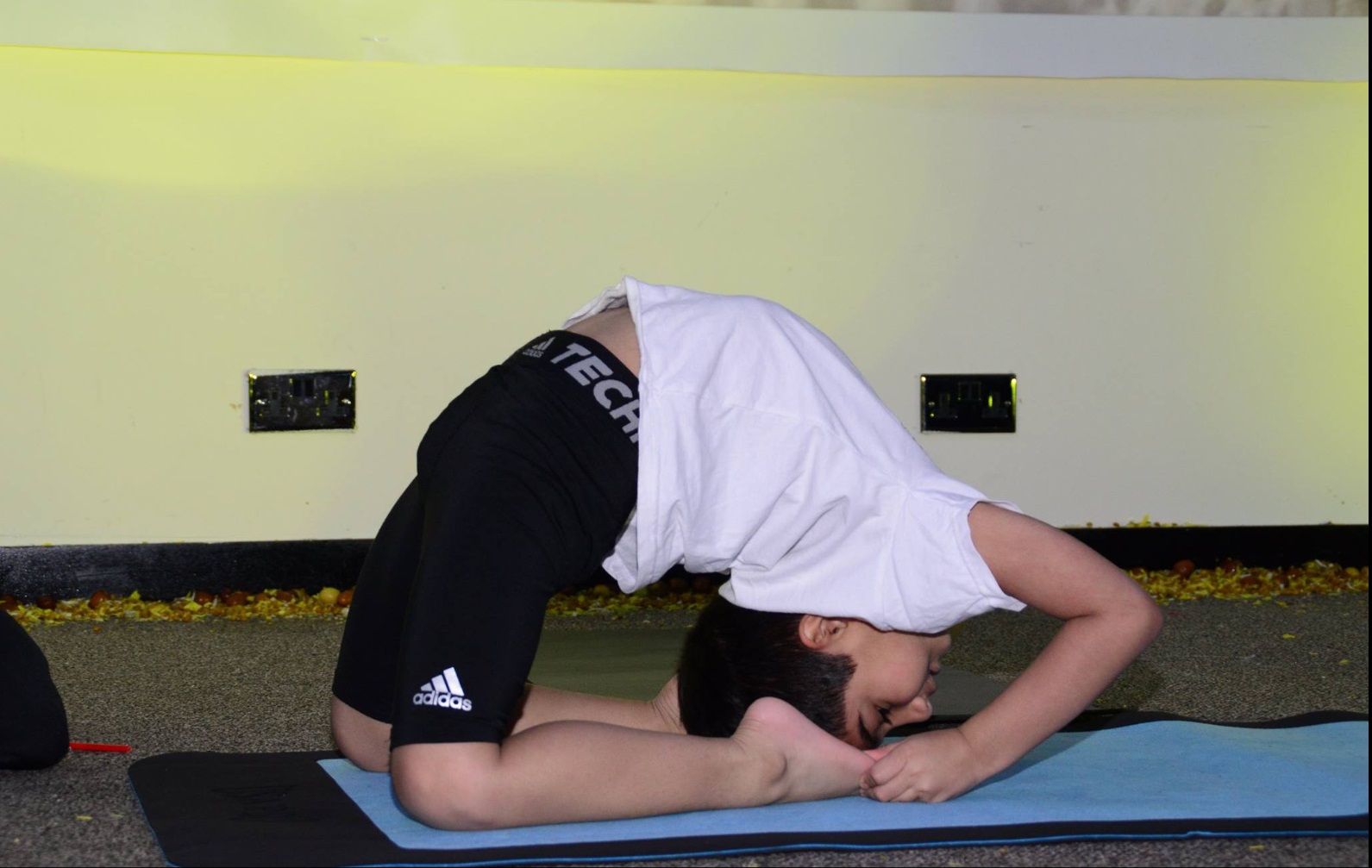 CtoI: Do your friends do yoga, too, or are they impressed when you do some of your asanas?
Ishwar: Yes, all my school friends recognise me as yoga champion. I demonstrated in the school assembly and all the children were mesmerised. My head teacher also gave me a special medal.

Even my birthday party was a yoga party; my friends enjoyed it a lot. We had a lot of yoga games and yoga cake.

CtoI: Do you have any other hobbies or interests you would like to talk about?
Ishwar: I love cricket and like to read Harry Potter and Mine Craft is my favourite. I can also do magic and speak various animal languages like cat, tortoise and fish.