Britain's Opposition Labour party has promised to order an independent inquiry into Operation Bluestar in 1984 in its campaign manifesto, acceding to the demand by some British Sikh groups.

The manifesto for the June 8 general election, released by party leader Jeremy Corbyn today, also makes a reference to working towards political negotiations in Kashmir.

“Labour remains committed to an independent inquiry into Britain's military role in the 1984 raid on the Golden Temple in Amritsar,” the ‘Diplomacy’ section of the manifesto states.

"A Labour government will immediately recognise the state of Palestine. We will also urge negotiations towards a political resolution in all other regions currently experiencing conflict, including Kashmir, Libya, Nigeria, Sudan, South Sudan, Somalia and Yemen, and give our strong support to those countries already working to end decades of division, including Colombia, Cyprus and the Democratic Republic of Congo," the section notes.

The Sikh Federation UK, which has been lobbying for a public inquiry into Britain's alleged involvement in the military action on Golden Temple in 1984, welcomed the party's stand on the issue.

"We are delighted with the commitment shown by the Labour Party by making the pledge of an independent public inquiry in the manifesto. This puts real pressure on the Conservatives to revisit the issue and acknowledge the need for a fresh independent investigation. We will be increasing legal pressure before the 8 June and the British government will want to avoid the truth being dragged out in the courts," said Bhai Amrik Singh, the chair of the Sikh Federation UK.

Earlier this year, Corbyn had written to British Prime Minister Theresa May calling for a "fresh, independent investigation" into Britain's exact role in the Indian Army operation on Golden Temple in 1984 after the Sikh Federation UK had written to him in this regard.

Corbyn's letter to Downing Street, dated January 4, read: "Given concerns regarding the effectiveness and integrity of the January 2014 review, I believe we must consider a fresh, independent investigation into this episode in British history. It is clear to me from my discussions with Sikh groups in the UK that there remains significant resentment that over the 30 years since this appalling event, questions remain about the role which the United Kingdom played." 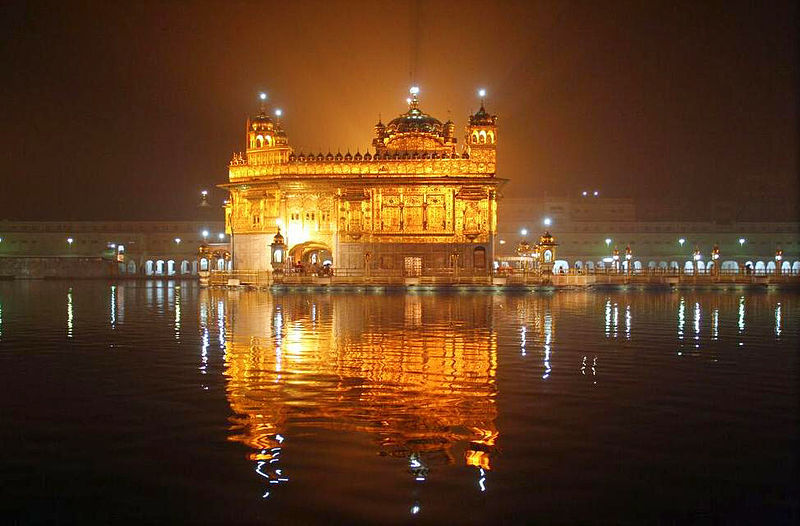 In 2014, the Heywood Review into the exact nature of British involvement in the operation had concluded that the UK’s role was “purely advisory” and at the early planning stages only. Then PM David Cameron had ordered the probe after documents released previously under the 30-year declassification rule had implied British SAS commanders had advised the Indian government on the removal of militants from the Sikh shrine.

The Labour Party's video campaign ad can be seen below.