The Indian government boycotted the three-day One Belt, One Road forum in Beijing, citing China and Pakistan’s plans for occupied Kashmir as the reason. New Delhi has opposed the project on the grounds that it does not respect India’s sovereignty and territorial integrity.

“Connectivity projects must be pursued in a manner that respects sovereignty and territorial integrity,” said Spokesperson for the Ministry of External Affairs Gopal Baglay. 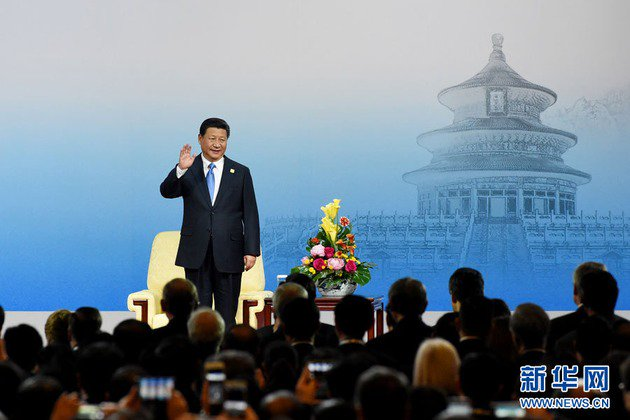 In 2013 Chinese President Xi Jinping had unveiled the ‘Silk Road Economic Belt’ and the ‘21st Century Maritime Silk Road’, representing a modern trade route built on the traditional Silk Route and calling for changes to foreign policy and trade from China.

China wants to revive the network of silk-trade routes across the ocean and land of centuries past. It's instigating an infrastructure-building boom across Central Asia up to Europe to boost trade and improve transport logistics. Various economic corridors are on the cards too, including Pakistan, Mongolia and Bangladesh.

India has persistently raised its concerns over the China-Pakistan Economic Corridor. During the Raisina dialogue, Foreign Secretary S Jaishankar had said, “China is a country that is very sensitive on matters concerning its sovereignty...so we would expect that they would have some understanding of other people’s sensitivity about their sovereignty. CPEC passes through a piece of land that we call Pakistan-occupied Kashmir, which is a territory that belongs to India and is illegally occupied by Pakistan.”

China had dismissed reports that the One Belt, One Road initiative will give it a vested interest in the Kashmir matter. Chinese Ambassador to India Luo Zhaohui had said Beijing could consider renaming CPEC, while stressing that it was an economic matter. Chinese media also claimed that India’s objection to the project was a show for their ‘domestic politics’.

“India's refusal to join China's Belt and Road Forum (BRF) - also known as 'One Belt, One Road'- was "partly a show" for domestic politics and aimed at piling pressure to get Beijing's "special attention", a state-run Chinese daily said today.

"India's objection to the B&R is partly a show for domestic politics, partly to pile pressure on China. However, the absence of New Delhi in the B&R has not affected the forum in Beijing, and it will exert even less effect on the progress the initiative will make in the world," a Global Times editorial said.

India’s ties with China soured after the Dalai Lama’s recent visit to Arunachal Pradesh, which was followed by the neighbouring nation renaming parts of the state to “standardised” Chinese names. Beijing has also maintained its cordial ties with Pakistan, even giving Pakistan two patrol ships to help monitor their economic corridor and the Gwadar port. 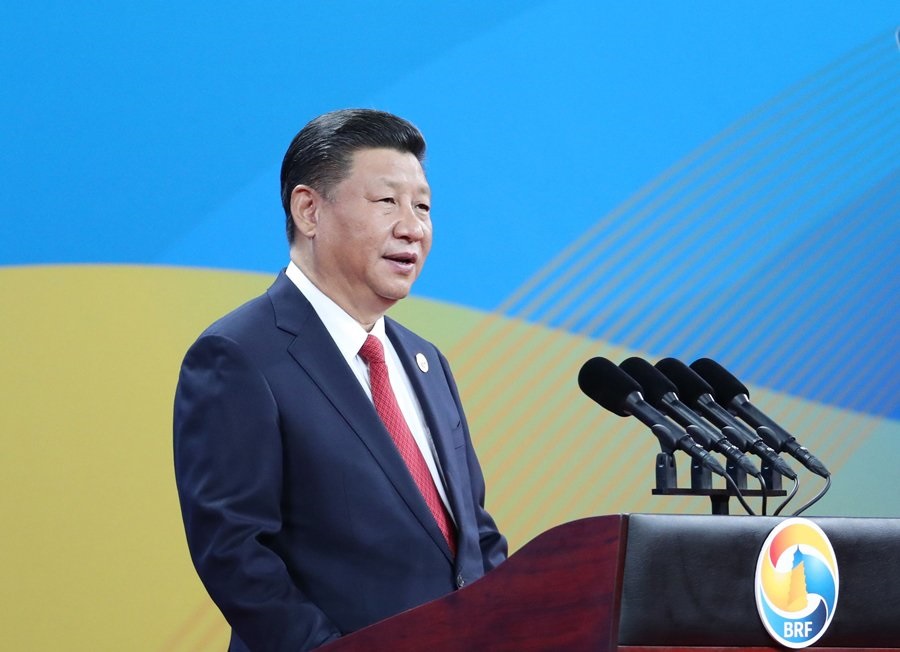 Chinese President Xi Jinping expressed ambitious hopes yesterday for Asian and European governments to work closely on finance, law enforcement and a broad range of other issues under a Beijing-led trade initiative as leaders of 30 countries ended a meeting to promote the effort.

The BRF is China’s biggest foreign initiative to date and calls for expanding trade across Asia, Africa and Europe by investing in ports, railways and other facilities, but governments including Russia, Washington and India are uneasy Beijing also is using it to gain political influence.

“It is our hope that through the ‘Belt and Road’ development, we will unleash new forces for global economic growth,” Xi said at a brief news conference at a conference center in the hills north of Beijing.

PM #NawazSharif speaks at Headquarters of Alibaba in Hangzhou, China before signing of MoU between TDAP & Alibaba pic.twitter.com/X2w0PHQPXv

The two-day meeting included Presidents Vladimir Putin of Russia and Recep Tayyip Erdogan of Turkey and presidents or prime ministers from Italy, Hungary and Greece, as well as most of China’s Asian neighbours, but no major Western leaders.

Despite Chinese insistence that the project is purely commercial, economists and diplomats see it as a way to impose Chinese economic hegemony on the Eastern hemisphere.

US President’s Trump’s plan to focus on domestic issues and withdrawal from the Trans-Pacific Partnership, a proposed regional trade pact, has left Asian governments that want to use ties with Washington to offset China’s growing dominance off balance. It has given Beijing an opening to try to play a bigger leadership role in trade, climate and other global issues, say experts.