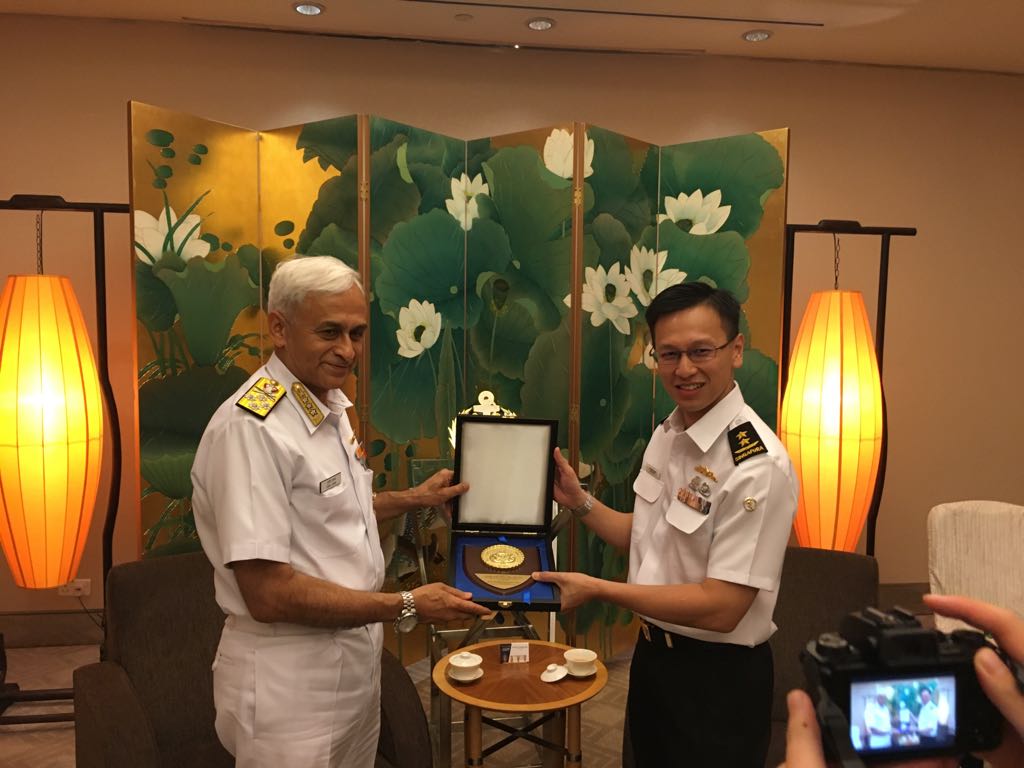 After the IMR, Admiral Lanba is also scheduled to attend International Maritime Defence Exhibition and Conference (IMDEX) 2017. Besides attending the maritime review and the exhibition, the high-profile visit aims to consolidate existing maritime cooperation initiatives as well as explore new avenues.

Defence cooperation between India and Singapore is robust and is primarily focused on maritime cooperation. India had signed a Defence Cooperation Agreement with Singapore in 2003, which was renewed in 2015.

As per reports, some of the top Indian defence companies such as Mazagon Dock Limited, Garden Reach Shipbuilders and Engineers, Goa Shipyard, Bharat Electronics Limited, Bharat Dynamics Limited, Ordnance Factory Board, Brahmos, and Larsen and Toubro are participating in the IMDEX to explore business opportunities.

Indian Navy and Singapore Navy are partners in the Indian Ocean Naval Symposium (IONS), a maritime cooperation construct, conceived and pioneered by Indian Navy in 2008. Singapore Navy has stood shoulder-to-shoulder with Indian Navy to take this maritime construct forward. Both countries have been conducting the bilateral exercise SIMBEX (Singapore-India Maritime Bilateral Exercises) since 1994. The upcoming edition of the exercise is scheduled to be conducted off Singapore starting 18 May.

The Singapore Navy has participated in all the MILAN-series interactions organised at Port Blair by the Indian Navy with focus on issues related to maritime security, humanitarian assistance and disaster relief. Warships of both countries regularly visit each other’s ports. 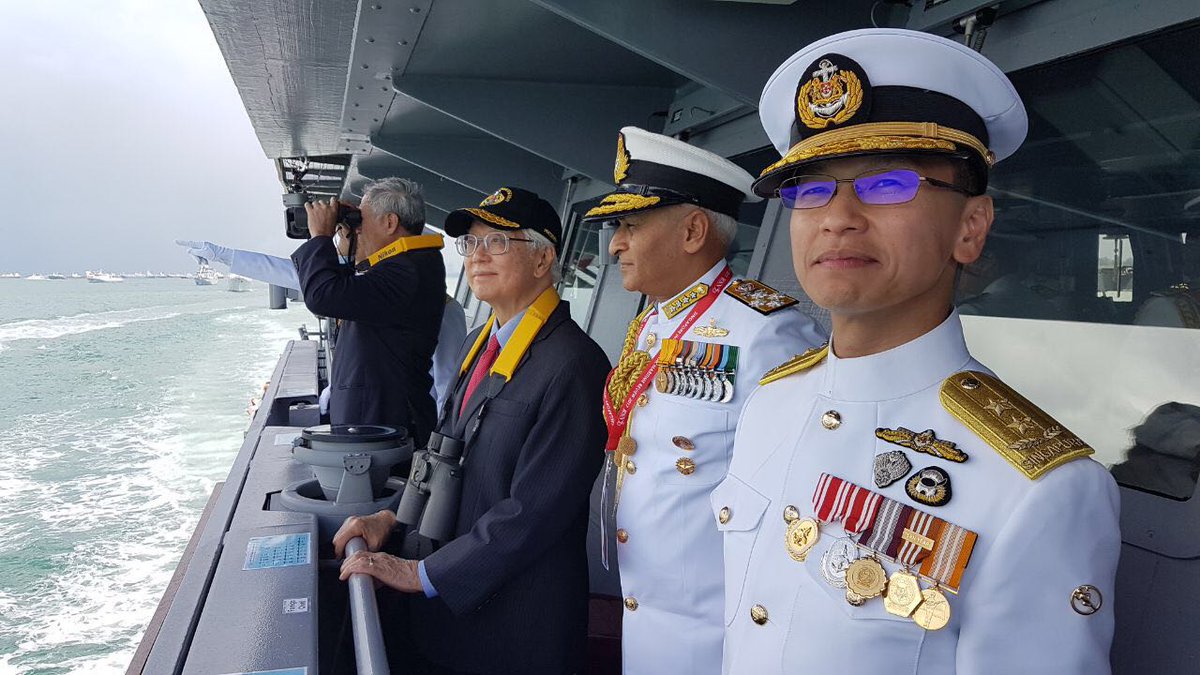 The last visit by the Chief of the Naval Staff of the Indian Navy was by Admiral R K Dhowan in 2015 and the Singaporean Naval Chief Rear Admiral Lai Chung Han last visited India in February 2016 for the International Fleet Review 2016(IFR 2016)at Visakhapatnam. Both countries also enjoy training cooperation by means of trainee and instructor exchange programmes.

India and Singapore share similar maritime challenges such as coastal security, large coastal shipping and fishing fleet, wherein both navies have opportunities to learn from each other’s experiences.

During the visit, Admiral Lanba is scheduled to hold discussions with Singapore's Defence Minister Ng Eng Hen, the Chief of Defence Forces Lieutenant-General Perry Lim Cheng Yeow, and the Chief of Singaporean Navy Rear Admiral Lai Chung Han, besides having bilateral talks with a number of Chiefs of other Navies attending the event.

The Indian participation in 50th Anniversary celebrations also coincided with a concert by Ustad Amjad Ali Khan and release of his book Master on Masters in Singapore. The book extols social media impact of classical music, arguing it has helped the art "regain its rightful place" in India

It was yet another coincidence that the Indian ambassador to Singapore Jawed Ashraf and Pakistan ambassador Nasrullah Khan found themselves together at the concert.