Hollywood actress Demi Moore, who plays a small role in the Indian-American film Love Sonia, might come to India for promotion, says director Tabrez Noorani. The director added that Moore’s role in the David Womark production is small, but she was excited to get on board. 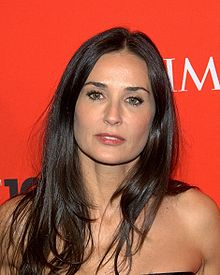 “We don’t know about it yet. But there is the likelihood that she could come to promote the film in the country,” said Noorani.

Love Sonia depicts the brutal realities of human trafficking across the globe. The story narrates the life of Sonia, played by Mrunal Thakur, whose life turns into a series of convoluted twists when she is trapped in the vicious web of a global sex trade network.

The film has a wide array of actors including Mrunal Thakur, Richa Chadha, Anupam Kher and Freida Pinto and a cameo by international star Demi Moore.

Moore got attracted to the film because of her NGO Thorn that works to abolish sexual slavery and trafficking, said Noorani.

“Demi has her own NGO and fights sex trafficking using technology. So she wanted to get on the project. It is a very small part but was happy to get on board,” he said.

Noorani is in Mumbai for the post-production work on Love Sonia. The release date will be locked soon after all the work on the film is wrapped up.

In the past, Noorani has been associated as a line producer with projects like Life of Pi, Mission: Impossible – Ghost Protocol, Zero Dark Thirty, Eat Pray Love and Slumdog Millionaire.