An incredible story of man replicating nature. IIA (Two A) Technologies named after the purest form of diamond, Type IIA, is a company, which grows diamonds. Easier said than done, they replicate the conditions in which, diamonds are grown naturally. Layer by layer, from a diamond seed.

Vishal Mehta, CEO of IIa Technologies in an email response to Deepti Kaul of Connected to India explained what it took from conceptualising the idea to growing the company into an approximately SGD 110 million dollar enterprise and plans for the future. 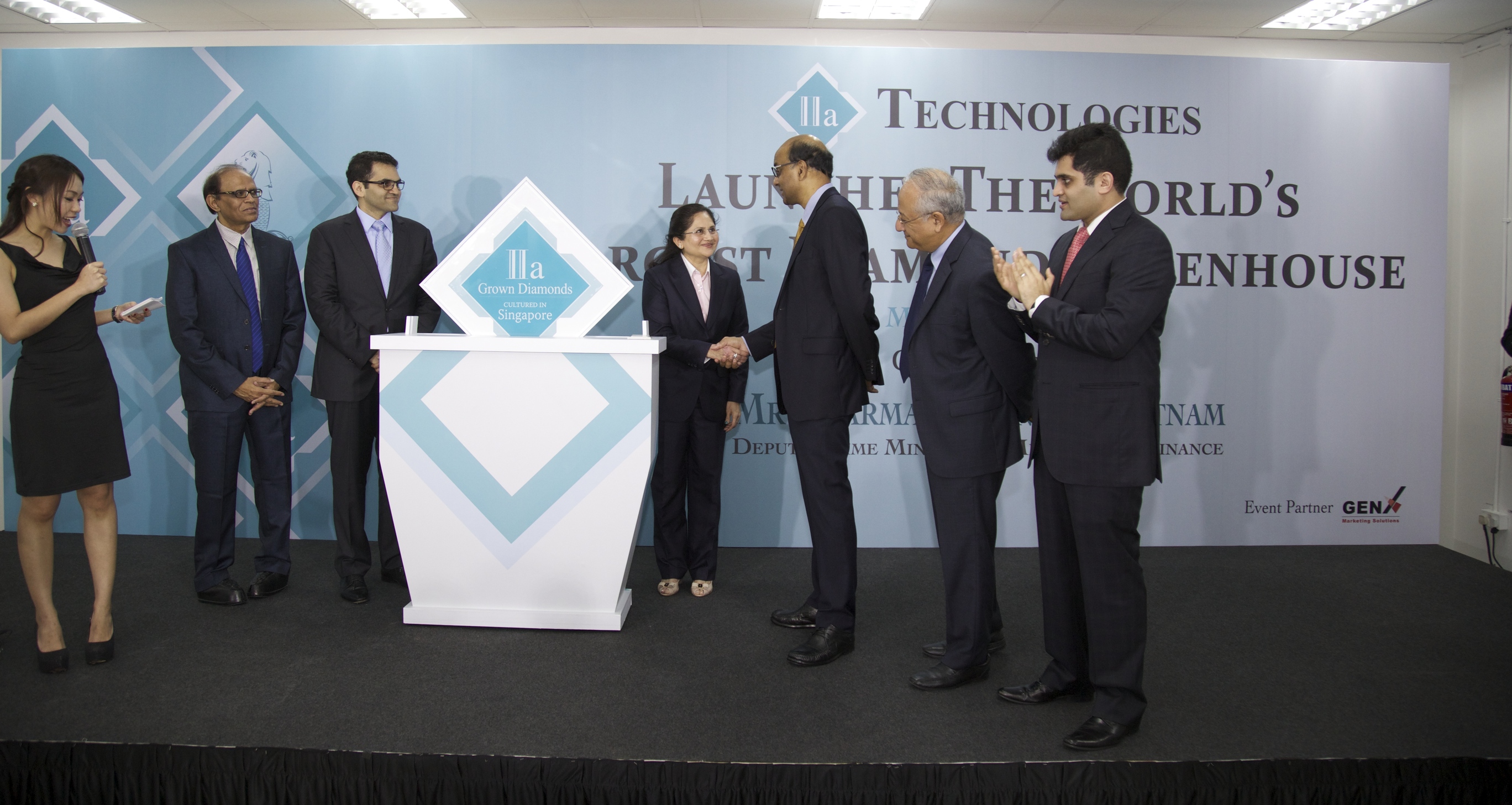 CtoI: How did you think of a growing diamonds? How did the idea come to you in the first place?
VM: It was my mother Sonia Mehta's vision who runs a successful gems & jewellery business in Dubai. A chance meeting between her and Dr Devi Shanker Misra, ex-professor of  IIT Mumbai led to the idea of growing gem-quality diamonds, which could be used in jewellery and commercial applications.

And so, in 2005 IIa Technologies was founded in Singapore. Dr Misra's research experience convinced my mother that the future of diamonds was in growing them and both understood the need to develop a sustainable, commercially viable diamond-growing process to truly explore the super material-like qualities of diamond.

I joined the company as the CEO in 2009 and since manage the business operations within IIa Technologies.

CtoI: Considering the long history Mehta family has in the mined diamonds industry what were the mental adjustments all of you had to make to get into grown diamonds?
VM: I feel that because my family has been in gems & jewelry trade for four generations now, it was easier for us to see why grown diamonds could be the future - as mined diamond supply continues to decline, making diamonds rarer and dearer for consumers and industries alike.

CtoI: How has the response been to this new category of gems among the trade and consumers?
VM: Before I talk about the consumer's response to grown diamonds, let me give you a brief overview of our journey, here in Singapore.
We were in research mode for nearly 8 years and during that time, we were working out of a smaller research facility in Singapore. A series of technical breakthroughs at the end of 2012 allowed us to take our business towards commercially viable production for multiple industries.

In 2013, IIa Technologies' operations were moved to a 200,000 square feet facility where it now employs over 160 people.

In March 2015, we had Singapore's deputy Prime Minister Tharman Shanmugaratnam officially launch our state-of-the-art diamond growing greenhouse in Singapore. In his keynote speech, he acknowledged that "IIa has developed its technology know-how and successfully scaled up the growth of type IIa diamonds after eight years of research... and is looking to develop new applications through its Customer Co-creation Centre. The Centre will generate new applications for diamonds, either from existing research ideas or something completely out of the box, by working with industry partners and research partners."

As far as consumers are concerned, grown diamonds have fashioned an emotional connect with the consumers at several levels, across age groups and at the end of it, it all comes down to getting a genuine diamond at a better price. Today's consumer is a very savvy shopper who has done their homework both online and by visiting retail stores. They want the best quality, would not compromise on ethical benefits that an eco-friendly, socially responsible, origin guaranteed grown diamond can give them. Once people find out that they can purchase a beautiful, scintillating type IIa diamond that is optically, chemically, and physically identical to a mined diamond, and save a lot of money they love it! 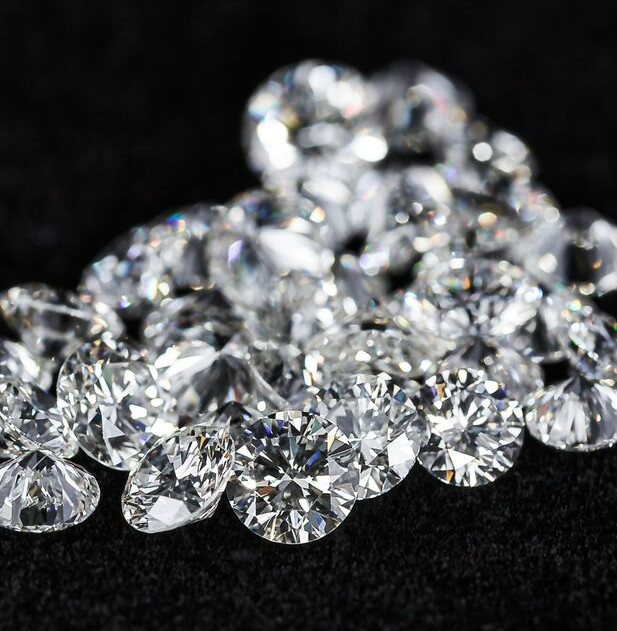 CtoI: What is the difference in price between grown diamonds and mined diamonds?
VM: Typically, there's a 30-40% price differential between grown and mined diamonds. That said, grown diamonds offer more value per $ spent. If you were to spend approximately $17,000 [Round, H Color, VS1 Clarity, 2 Carat] on a mined diamond but instead spend around $13,000 for the same 4 C's in a grown diamond, you save a significant amount. This is only one engagement ring that we are discussing and when we talk about bridal jewellery this price differential becomes very significant.

CtoI: Does your company also sell customised jewellery? Can you grow diamonds as per a size requested by a client?
VM: IIa Technologies is a leading diamond grower and we supply gem-quality diamonds. So, we are not involved in retailing lab grown diamond jewellery. However, our US-based sister concern, Pure Grown Diamonds, which distributes grown diamonds to leading retailers all over the US works with its partners to ensure they are able to cater to their customers with the right mix and variety of grown diamond jewellery.

Each and every diamond that we grow is unique and whether toy requested it or not, its life starts with our customers' emotions and love, and that is just one more thing that makes it exceptional.

CtoI: What is the most common objection you come across at the retail level from consumers? How do you overcome it?
VM: The most important part of the work that Pure Grown Diamond does with its retail partners is education and training. The first step is to train the retail staff and arm them with the knowledge and the language to explain what a Pure Grown Diamond is. Once this is done they are ready to tackle almost any question, any concern that a customer might have. In the last almost 3 years we have faced every question out there, and are able to answer almost everything that's thrown at us.

CtoI: Which countries across the world do you sell in currently? Are you able to share some revenue numbers?
VM: For the Gems and Jewellery Industry US is the largest diamond market. But we see a growing potential in markets like Middle-East and South East Asia.

Last year IIa Technologies grew 360,000 carats and turned over a revenue of over USD 80 million. 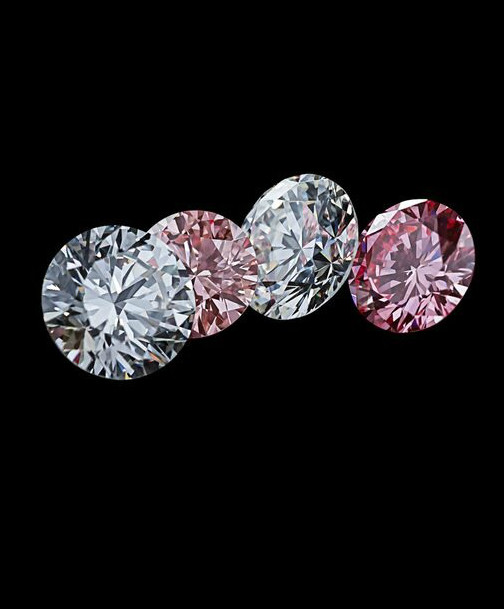 CtoI: Why did you decide to set up your base in Singapore? How has the experience been?
VM: We chose Singapore for a wide array of reasons. Singapore not only offered an easy access to human & social resources needed for a technology-centric organization like IIa Technologies but also provided established economic & geographical support that could nurture a young company. EDB and the Government of Singapore played a significant part in providing us with a home that has everything that one needs to nurture an idea into reality. The right balance of freedom, ethics, judicial & legal framework and a strong Intellectual Property (IP) culture in Singapore, has been an important part of IIa Technologies' success in pioneering the growth of high-quality diamonds.

CtoI: Which other countries have you lived in? How long have you been living in Singapore?
VM: I have lived in India, the US and the UAE before I came to Singapore. I moved to Singapore in the middle of 2009.